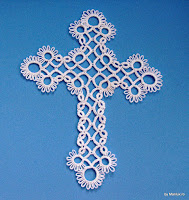 Julie shows an example of lock joins using a Stawasz design. Autumn colours were used to tat this Mary Konior heart for Mother's Day. The finished heart has been mounted and framed. 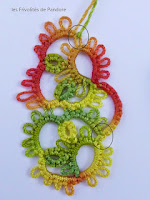 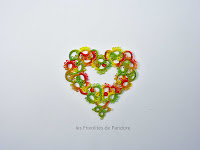 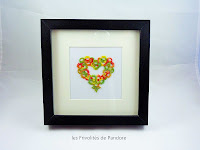 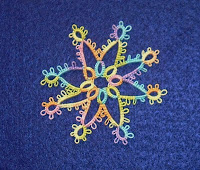 Diane started on the motifs for round 10 and decided that she'd do the finishing part of round 11 at the same time. On taking a second look she realized that she didn't attach the motif in the same position as called for by the pattern, but it doesn't seem to matter to the over all look of the design. so she thinks she'll keep going. She seems to have joined the first ring of round 11 in the wrong place, but she's going to leave it for now. 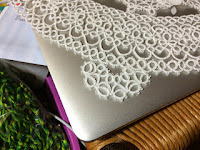 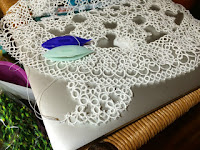 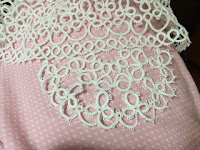 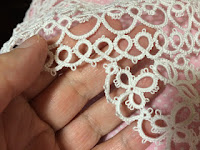 Fox used these lovely gauges on her ovals and while it took her a while to get used to them, it did make for lovely consistent ovals. She's made progress on the cap but it isn't cupping very much so she may order some size 20 and make a smaller one. She didn't think she'd attempt something like this a year ago, but here it is just needing to join the ovals. The twisted chain that outlines the ovals is fussy enough, but when the thread splits and fuzzes, it makes it even worse. 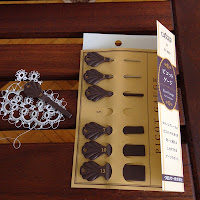 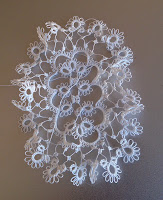 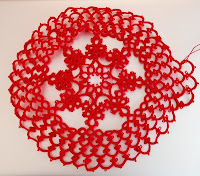 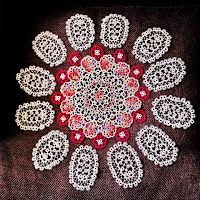 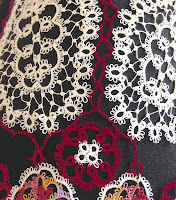 Lilas has found that in English or French there is always discussion on front side/back side tatting.

Marie needed to use up some thread on her shuttle and created this little turtle. She made another one of Jane's, "Starry Bracelets". It needed a little something to match. Here's another earring variation. 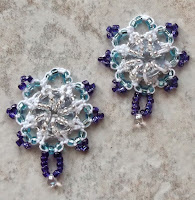 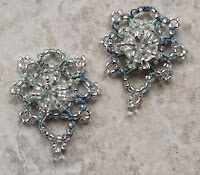 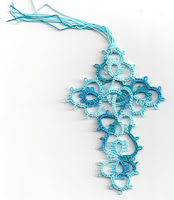 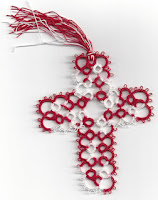 Wanda tatted her Mandy Edging in Lizbeth #136 Autumn Spice in size 10 for another runner. She didn't plan on it, but when paired up with the fabric they were a perfect match.