Lilas has finished her pendant trials and has decided to keep this one for herself. 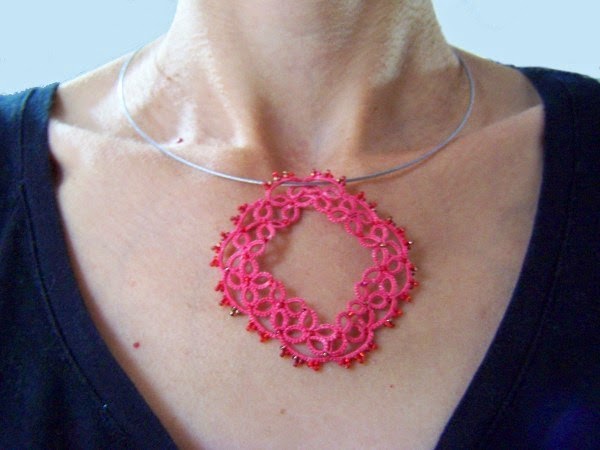 Sue has finished another round on the African doily and is on to the separate round so she decided to put it aside in favour of doing Christmas tatting. 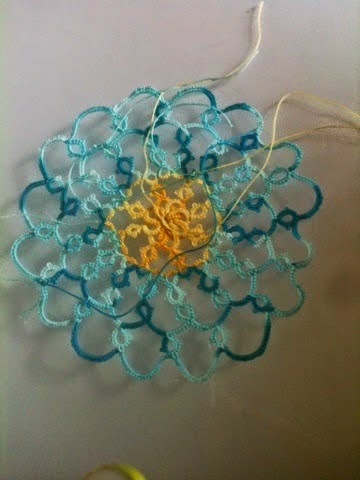 mb duke saw a pendant pattern on Ewa's blog and thought it would be a beautiful pattern to tat up as Christmas presents for a few family members. It's an interwoven celtic pattern shown here front and back and she had problems getting the tension right on the long chains. The trefoils are woven in between the ring and chain centrepiece and then the outside rings are added last. She thought she would try to incorporate those trefoils into the existing chains of the centre element and adjust the stitch count a bit. She thinks the resultant motif would make lovely earrings. She used Lizbeth Christmas Green and white in size 40 and silver seed beads on the outer chains to make her pendant and although it doesn't have the celtic weaving it was easier for her to do. Here's another one in Perfect Quilter red and beige. She has included instructions for her version on her blog. 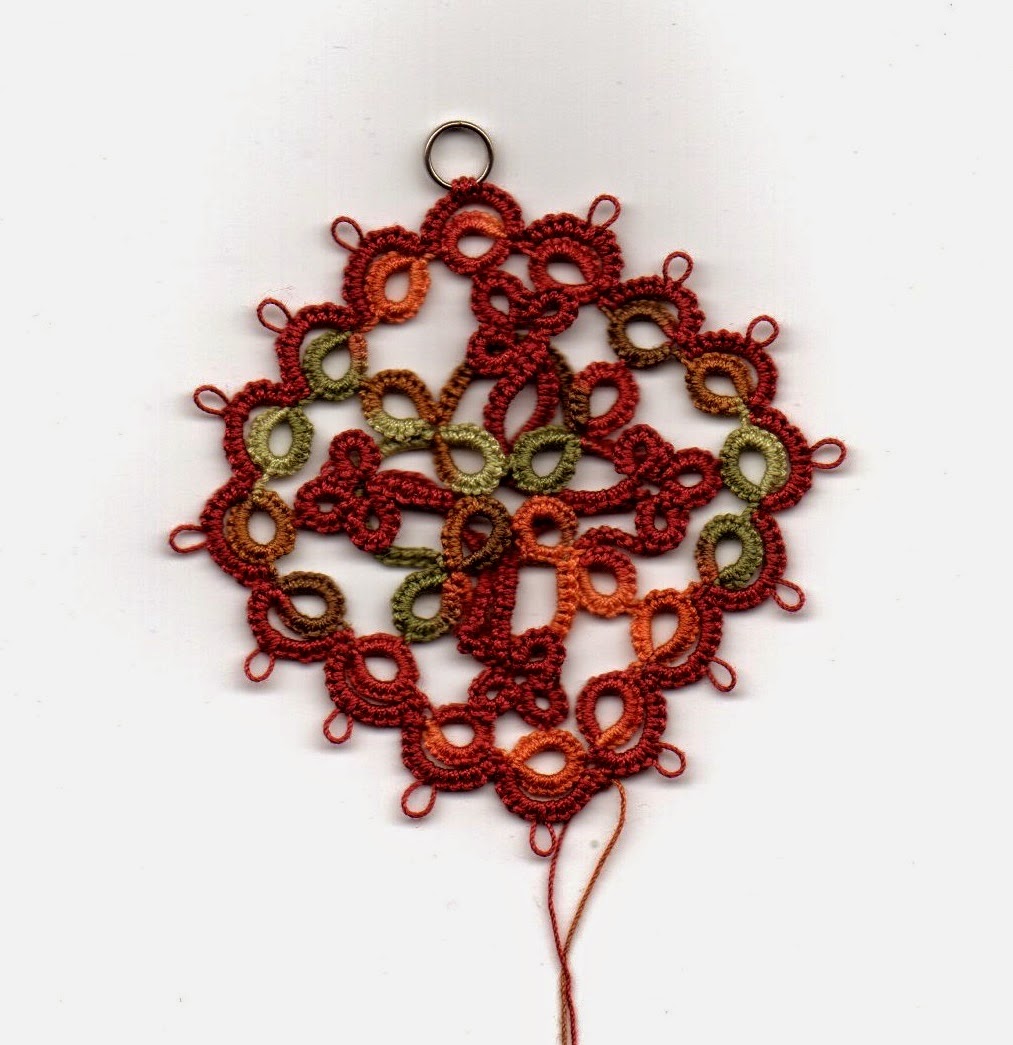 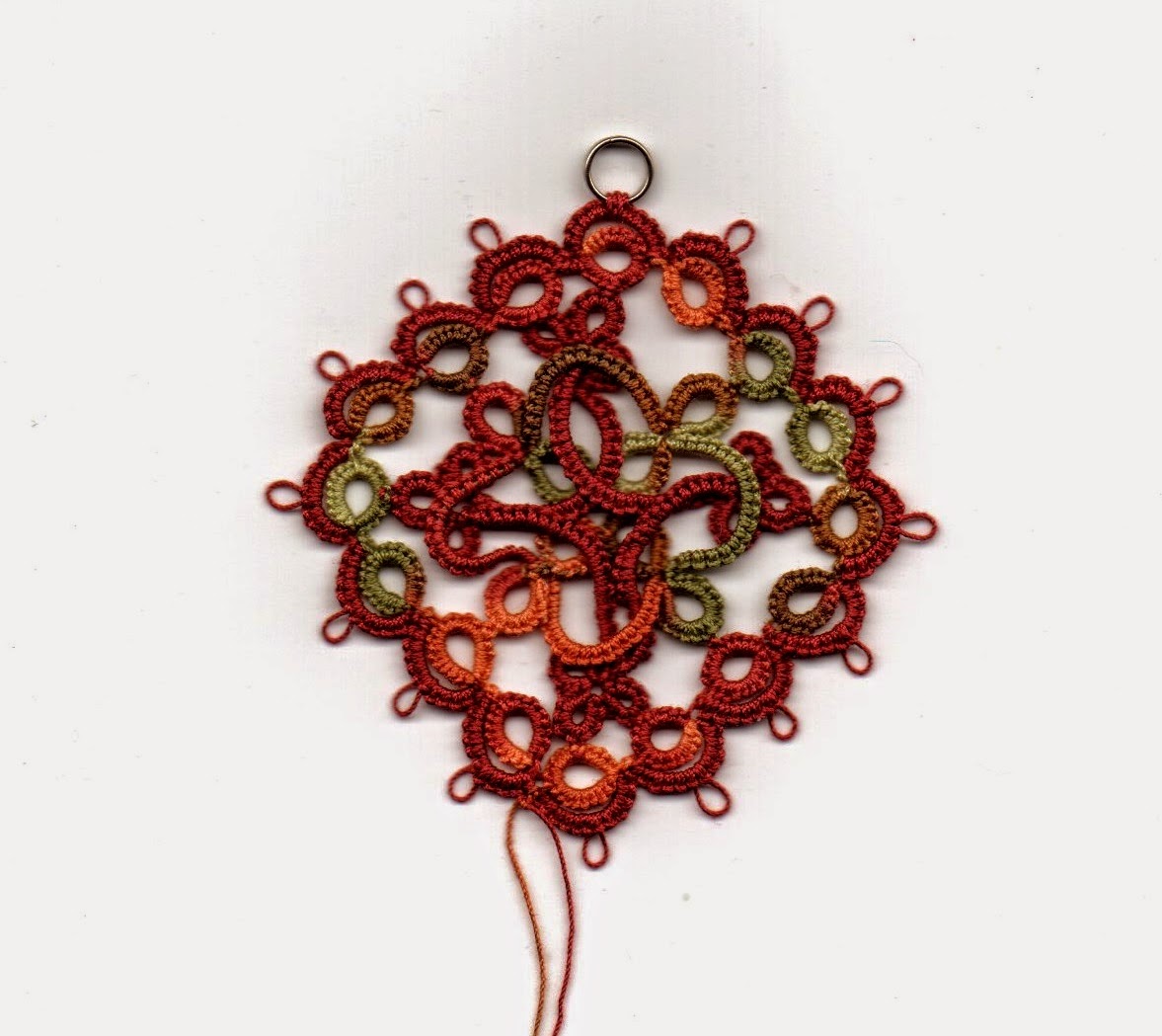 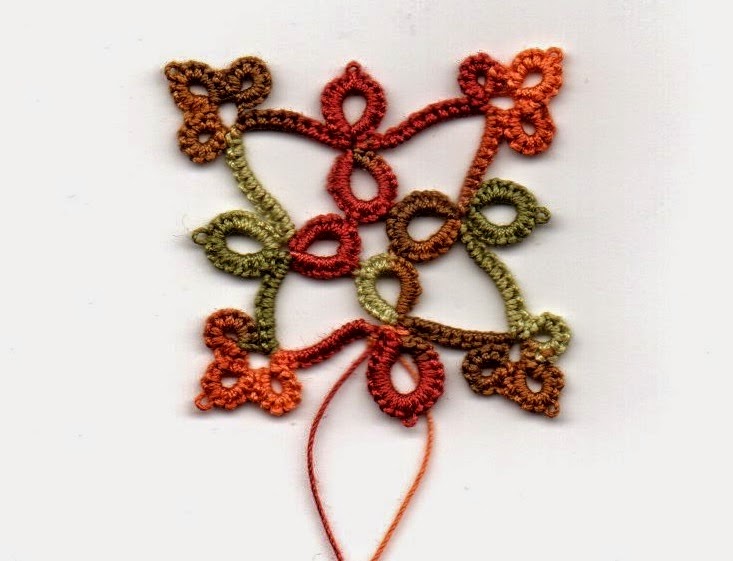 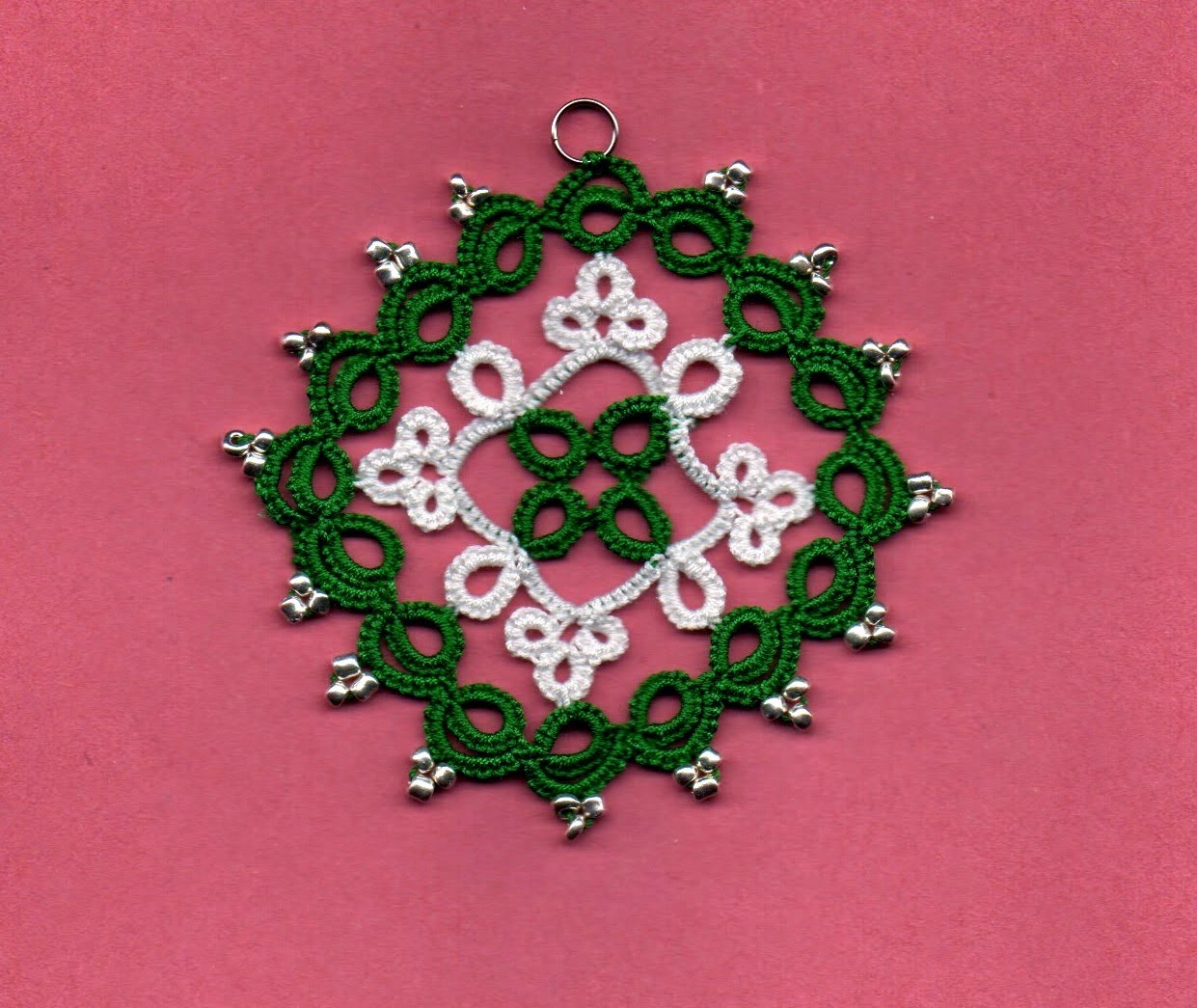 Fox tatted Robin Perfetti’s Snowflake again, this time in #80 DMC. She only has 2 of the original 8 balls left so before starting back in on the monster doily she ordered another ball of thread. This truly is a Monster Doily. 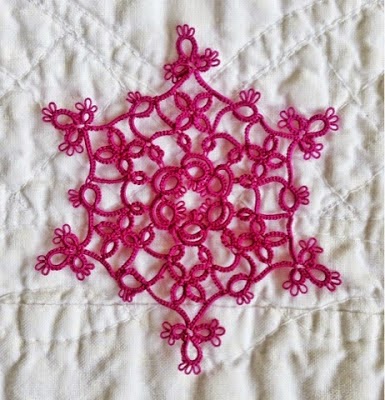 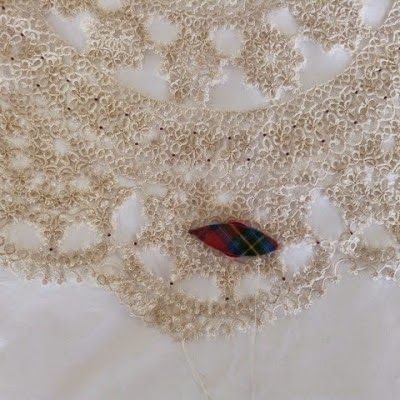 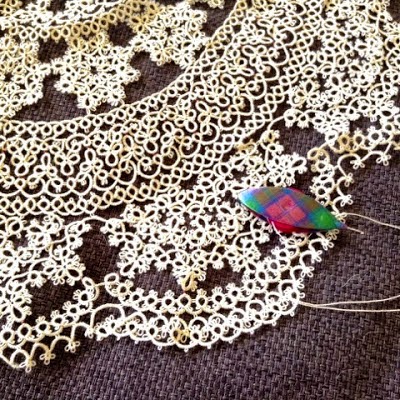 Kristen reviews Mastering Tatting by Lindsay Rogers which lists just 15 patterns, but almost every named pattern either a) incorporates multiple motifs/elements that can be uses on their own [ie: rows of doilies made of motifs or edgings] or b) multiple uses of the same pattern [ie: taking an edging and making it into a variety of bookmarks, motifs or mats]. For the full review, see her blog. 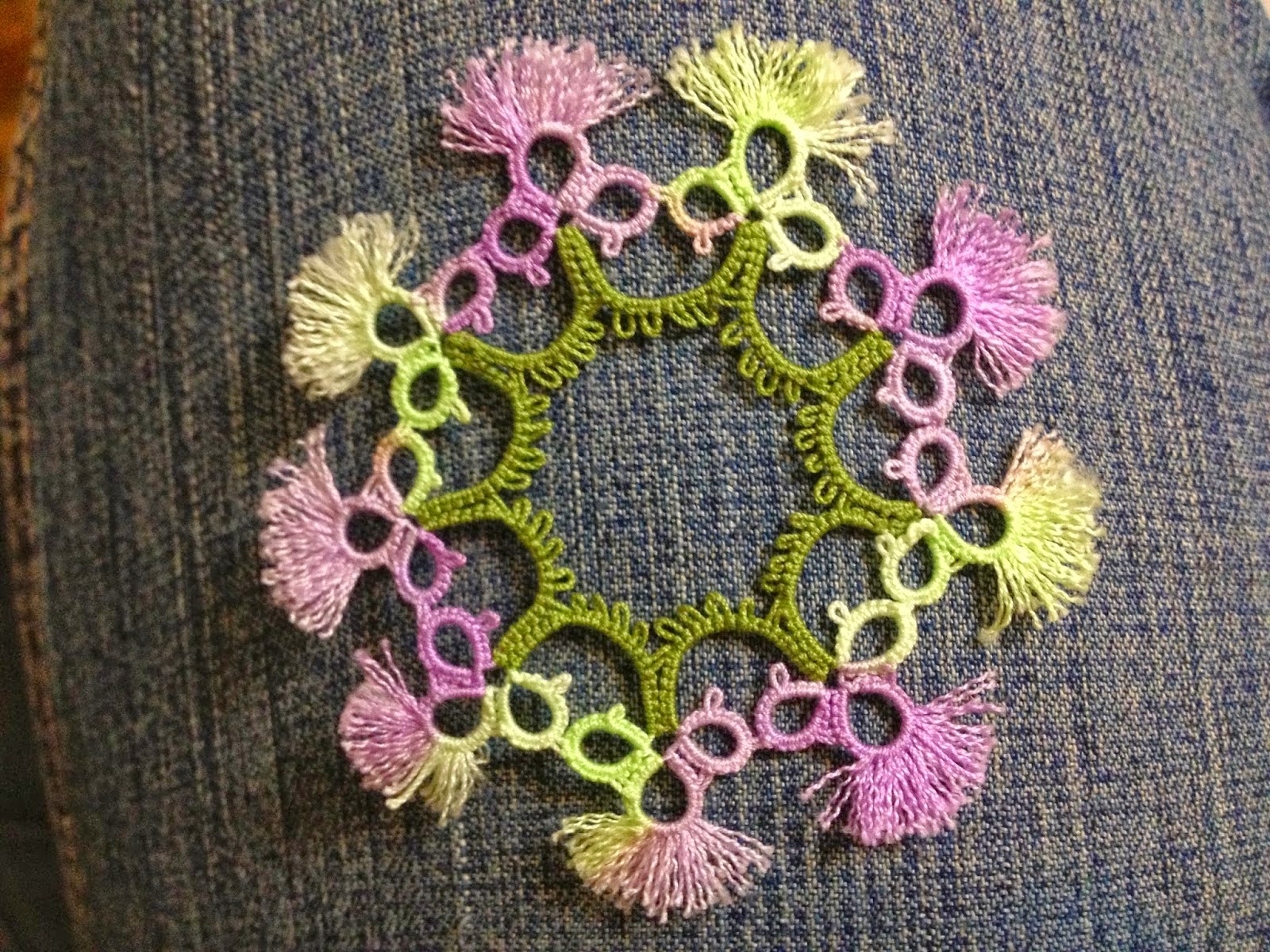 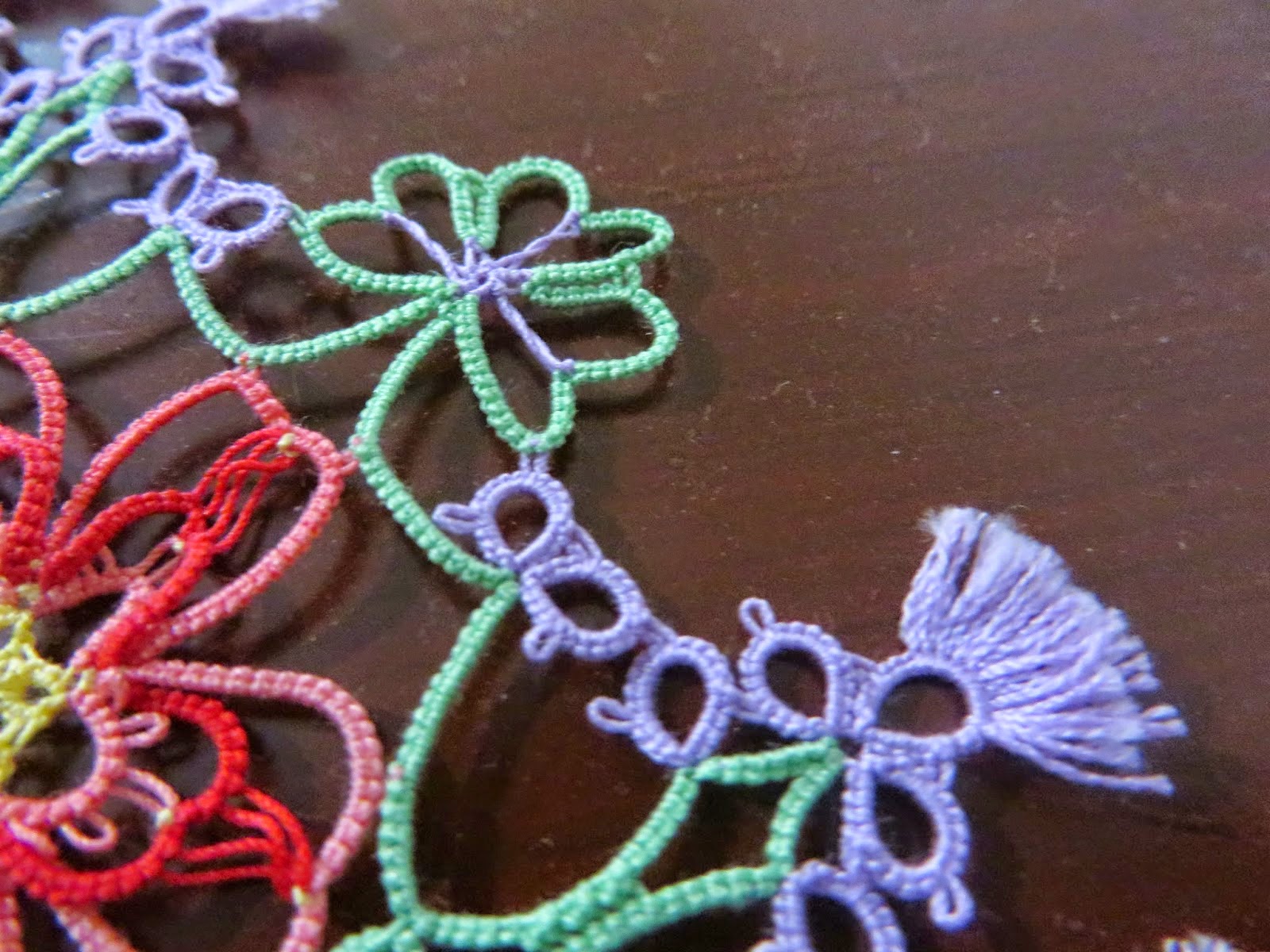 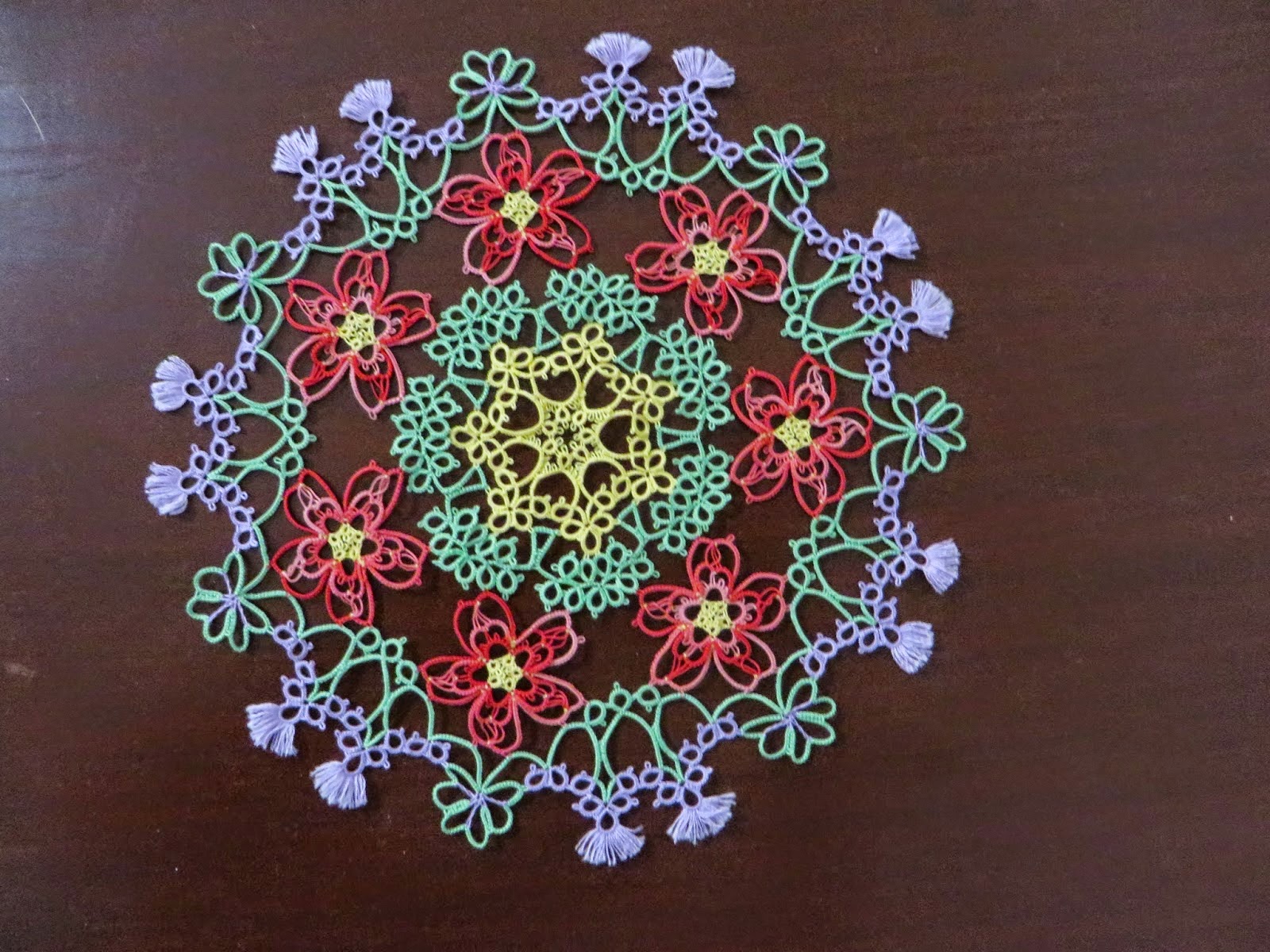 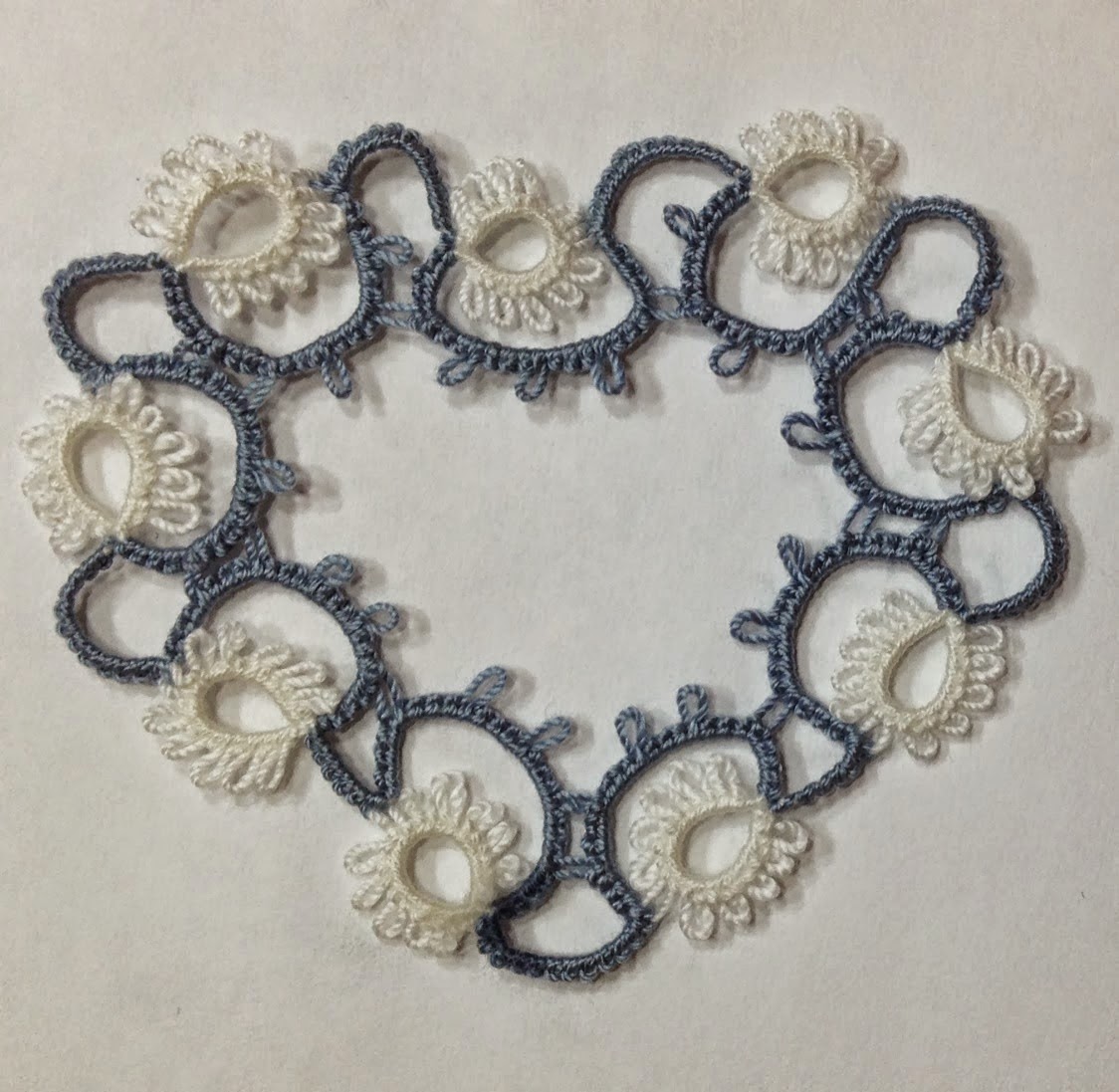 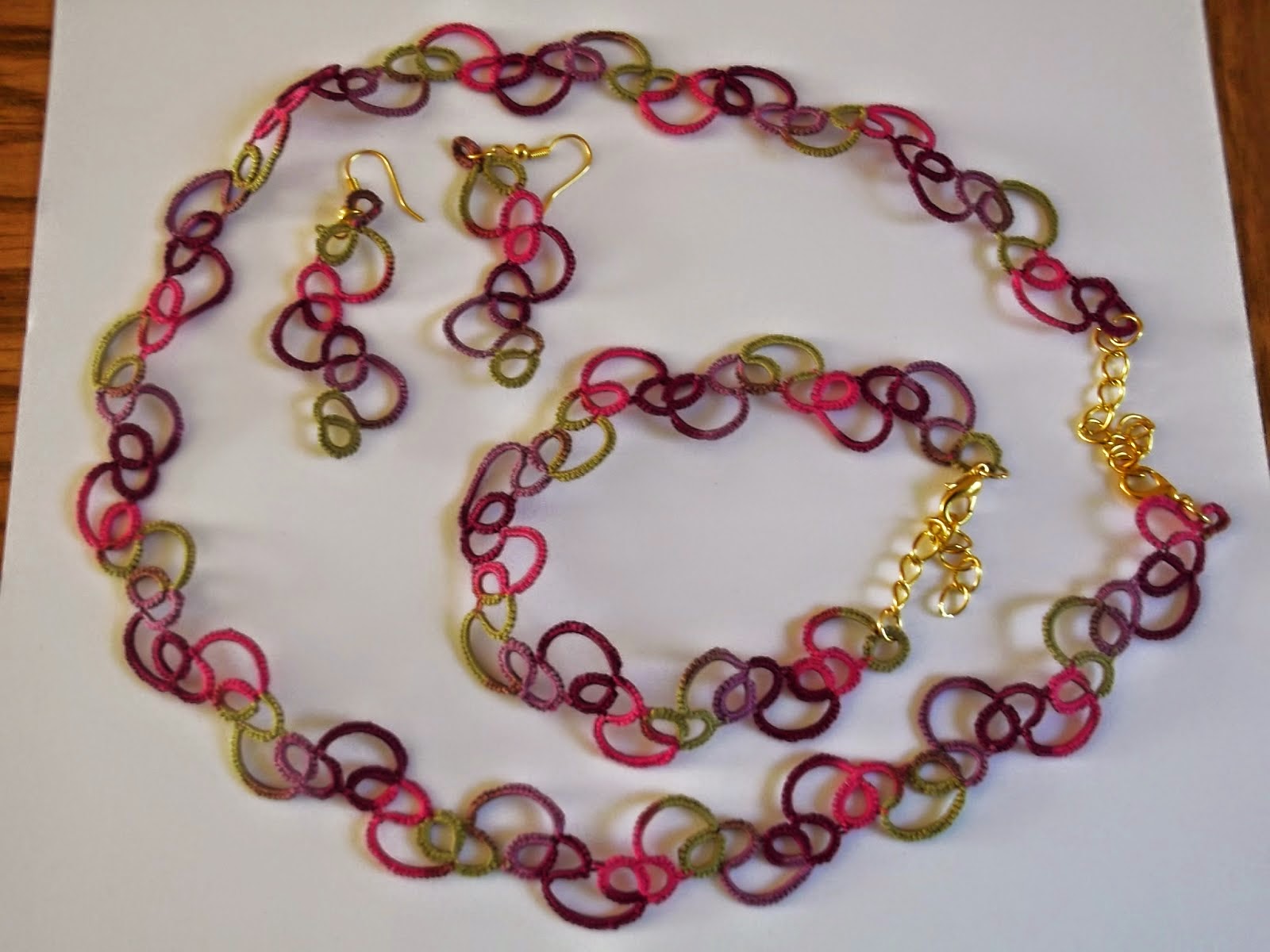 Wanda has been busy preparing a tea themed basket for auction filled with goodies for an afternoon tea and included a tatted bookmark and card embellished with tatting.