Muskaan has been using some of her tatted motifs and edgings. To decorate gifts she has added them to envelopes. Frivole’s Rose & Crown motif was added to the corner of some napkins. These motifs were intended for her MIL's sari, but by the time they were completed her MIL fell out of love with the idea and Muskaan appliqued them to some tea towels instead. 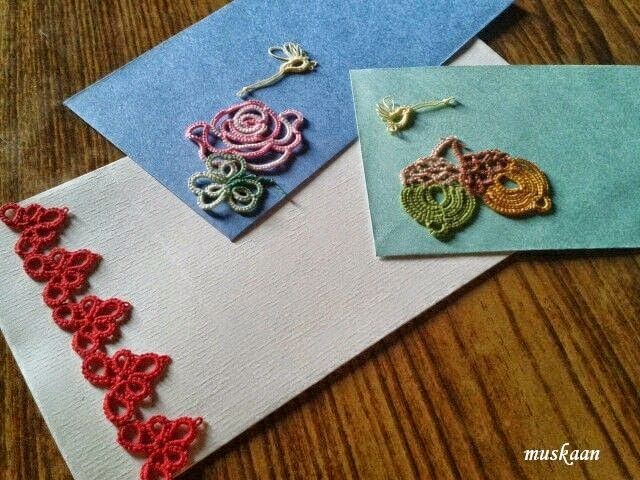 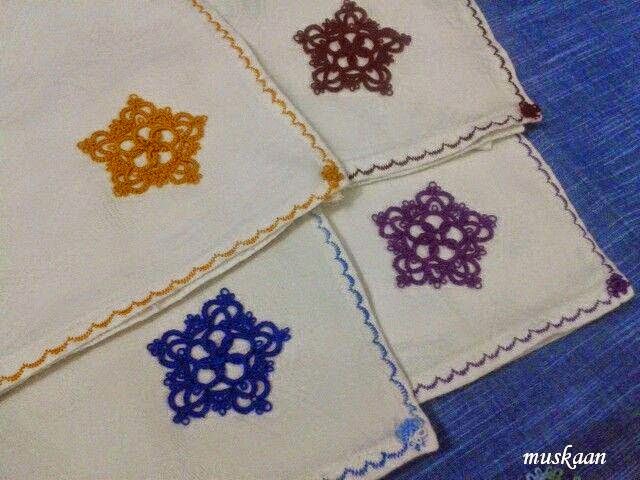 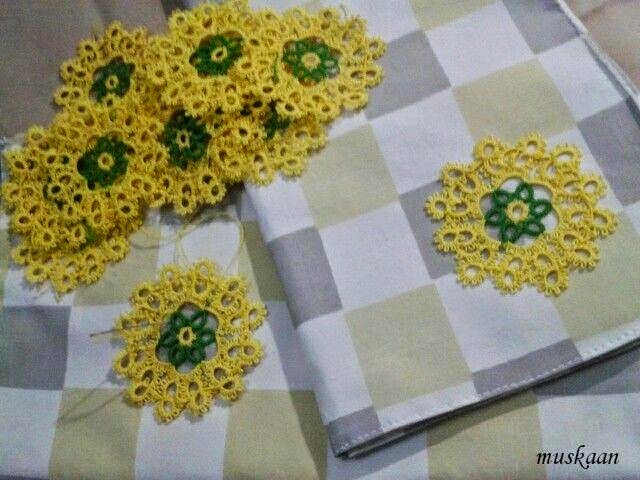 Batty Tatter used Lizbeth Arctic Waters to tat this snowflake pattern from the Tatsy Holiday Ornaments. This Tatsy snowflake from kit #307, she number every other line so that she didn't skip ahead and wind up missing some elements. 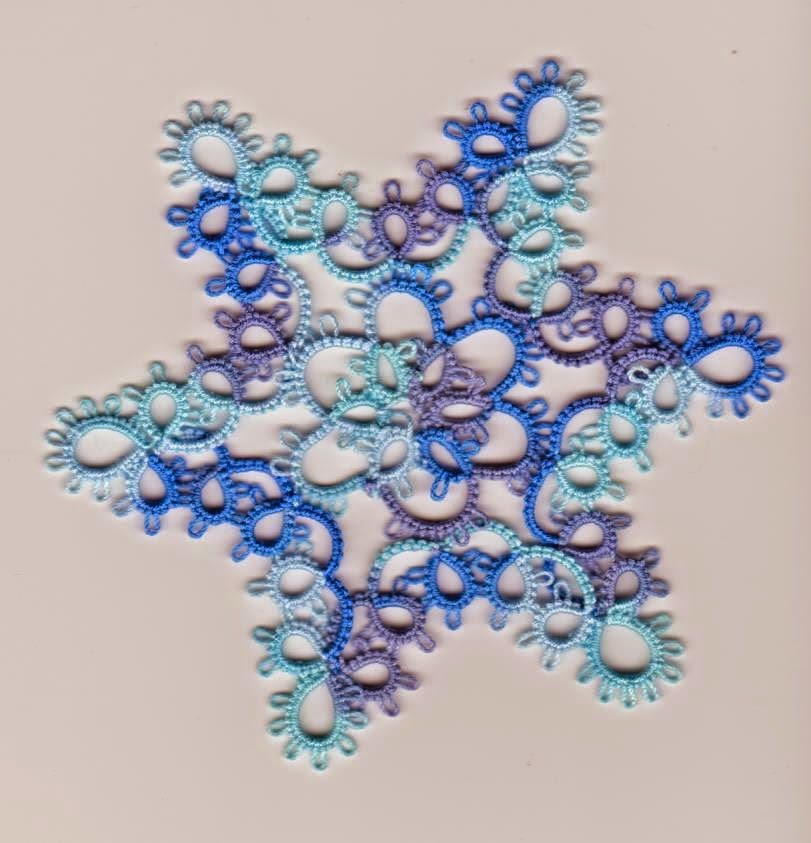 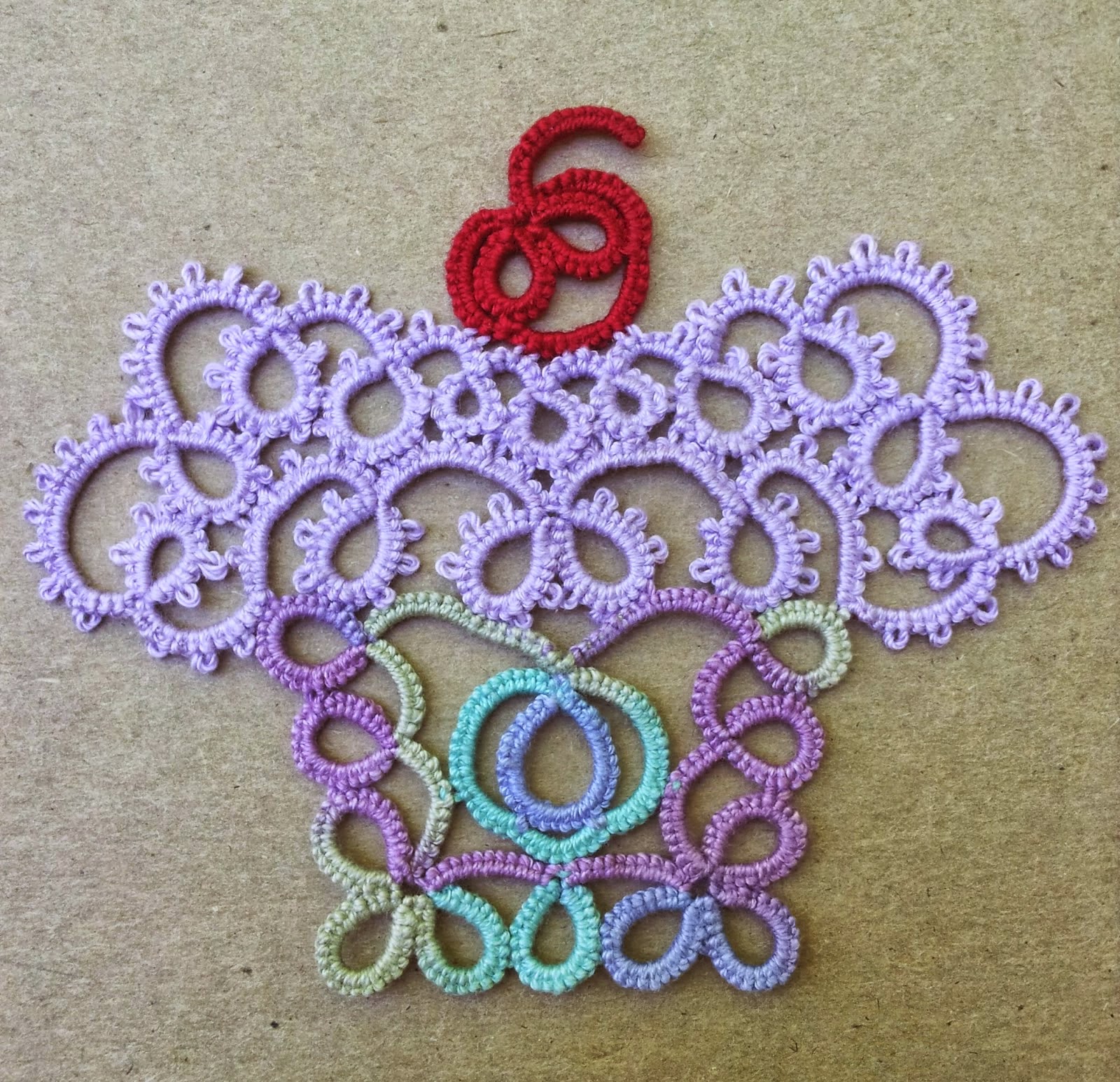 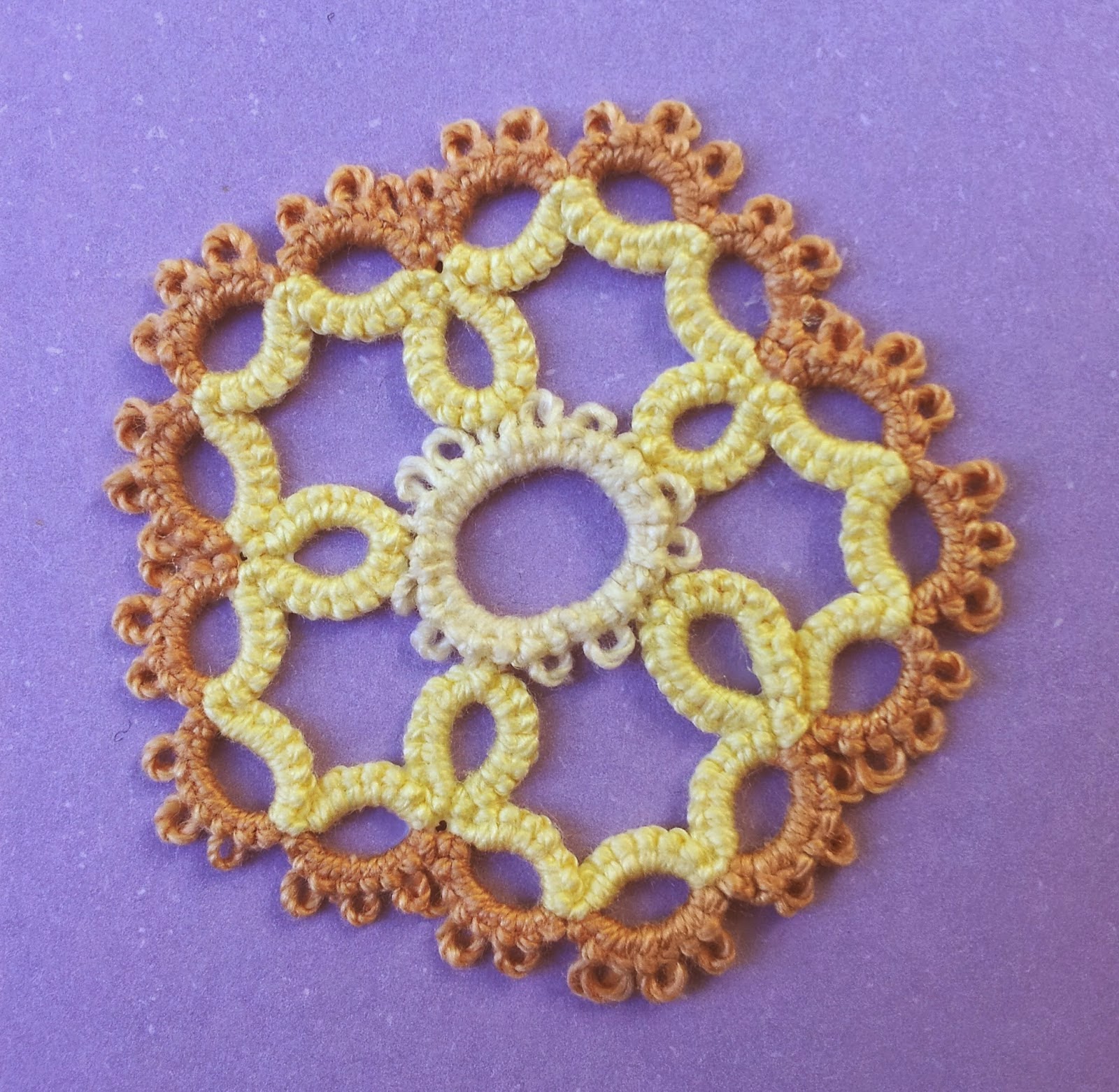 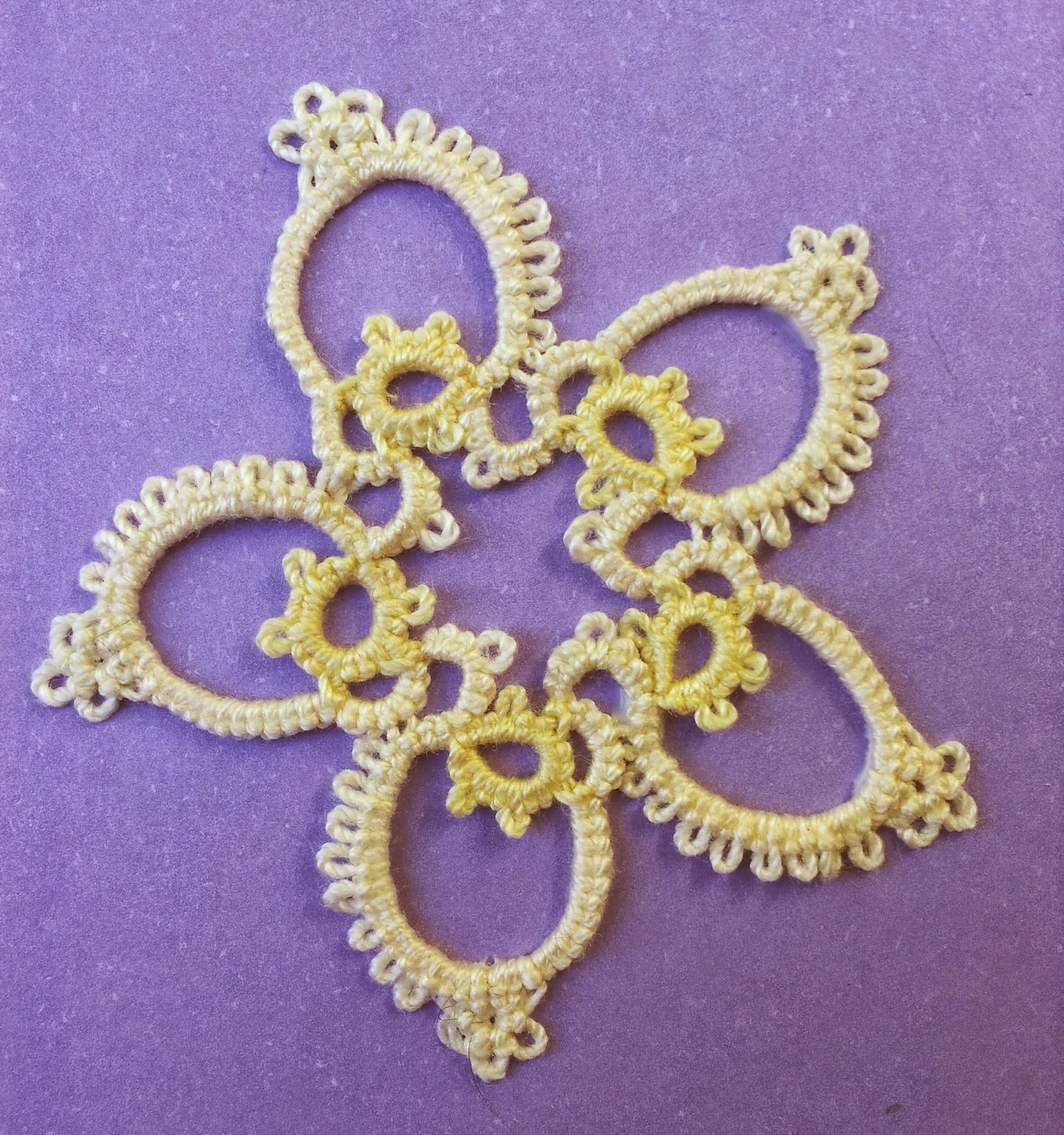 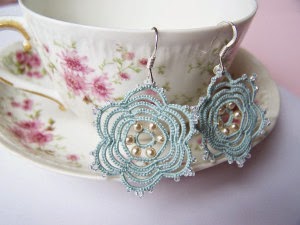 Lelia is working on a couple workshop pieces from Lace Day[s], Mini-tats book, Japanese tatting kit + couple patterns, as well as a half-embellished origami bag with tatting motifs and edges. 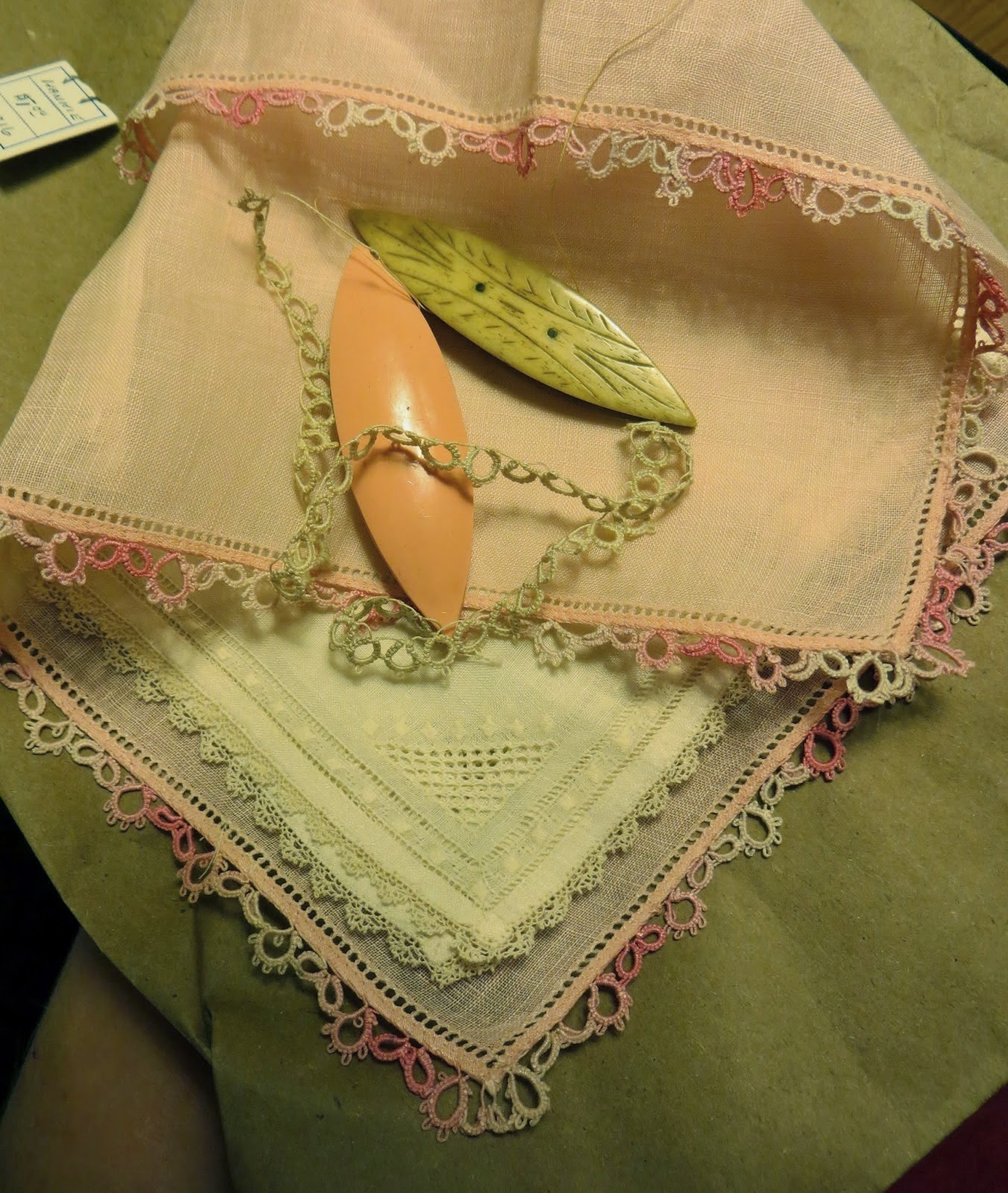 Diane used size 20 Lizbeth, Arctic Waters to tat Cintamani, properly this time. This year's third graders have asked about tatting and they look pretty engrossed with it. Galuh is the sixth pattern in Jon Yusoff's Elegant Tatting Gems which she had to pay attention to because of the shuttle switches. The finished size is 4 1/4" across in size 20 Lizbeth, Arctic Waters.

Fox has struggled repeatedly with Jane McLellan's Under An African Sky since the overlapping rings just defied her abilities, but she persevered and finally she had success. Now for sixteen more. 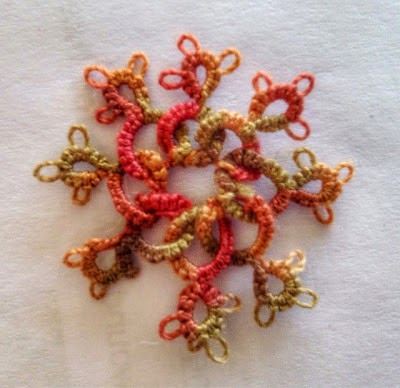 Kristen thinks she has had success with them too. Her current project is real lace with beads. 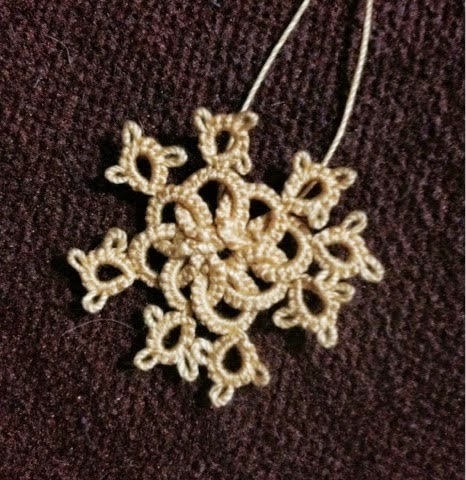 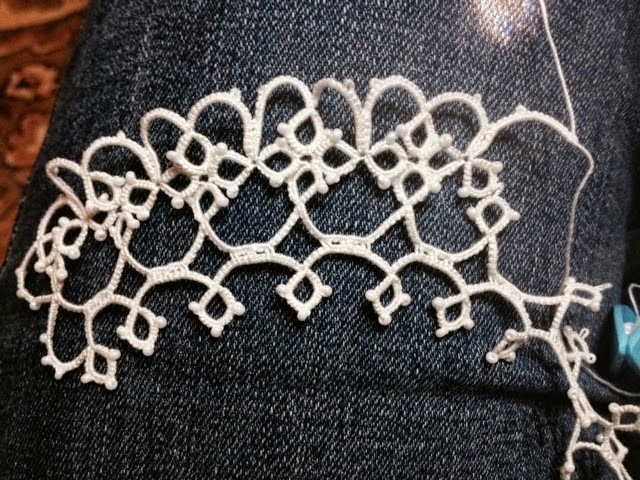 Sue saw this awesome The Third Day of December Snowflake by Lene Bjorn but earlier attempts at it didn't work out. This time she did it in size 20 Lizbeth Snow White and it came out beautifully. 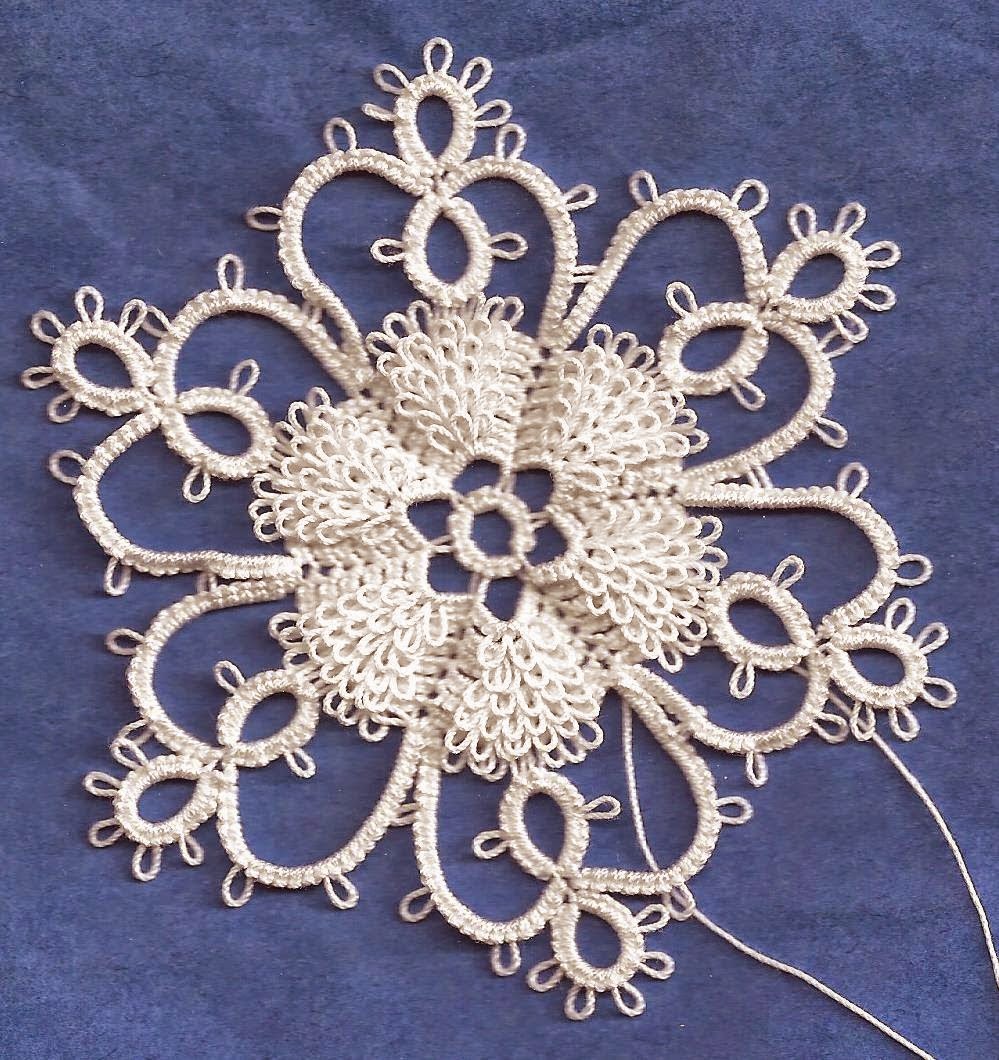 Wanda was asked to tat some pigs and a flower, but the lady who asked for them didn't specify what type of flower she wanted and this was the result. She needed some light for her booth at the craft show and used some battery operated puck lights mounted on decorated cans and topped with tatting embellished shades. 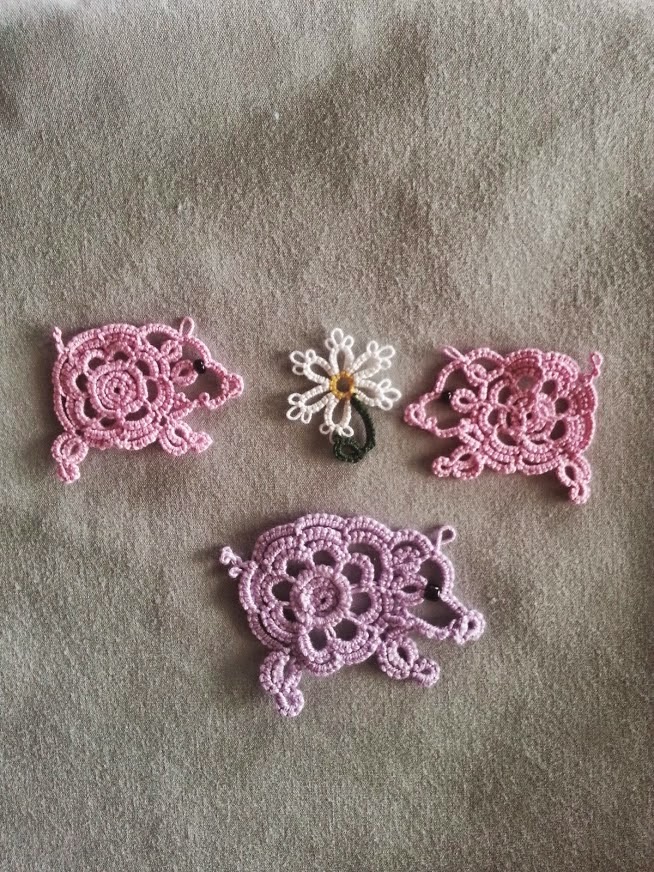