Lilas has a collection of motifs, or rather a series of trials for making a new pendant. She wanted a geometric design, but in the first one the rings overlapped. In the second trial she varied the ring size to fix the problem, but she still wasn't satisfied and added picots to the outside. The picots were improved with the addition of beads. Then more and more beads were added to make several lovely pendants. 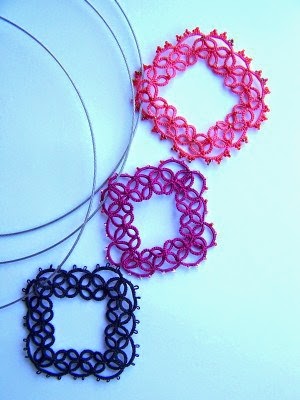 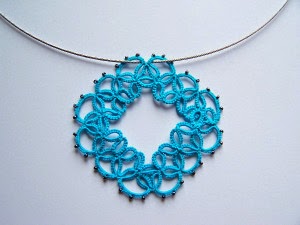 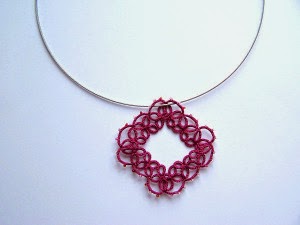 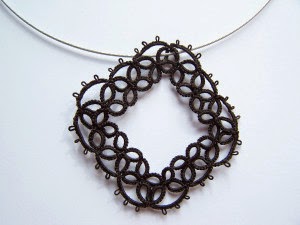 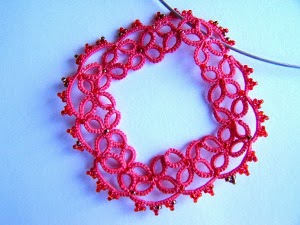 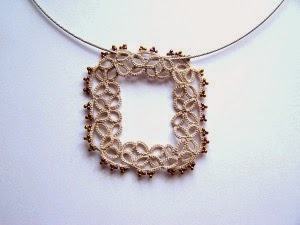 Sue has another round done on the African Sky Doily. The doily was beginning to ruffle, but with another round completed it looks like it is starting to flatten out. 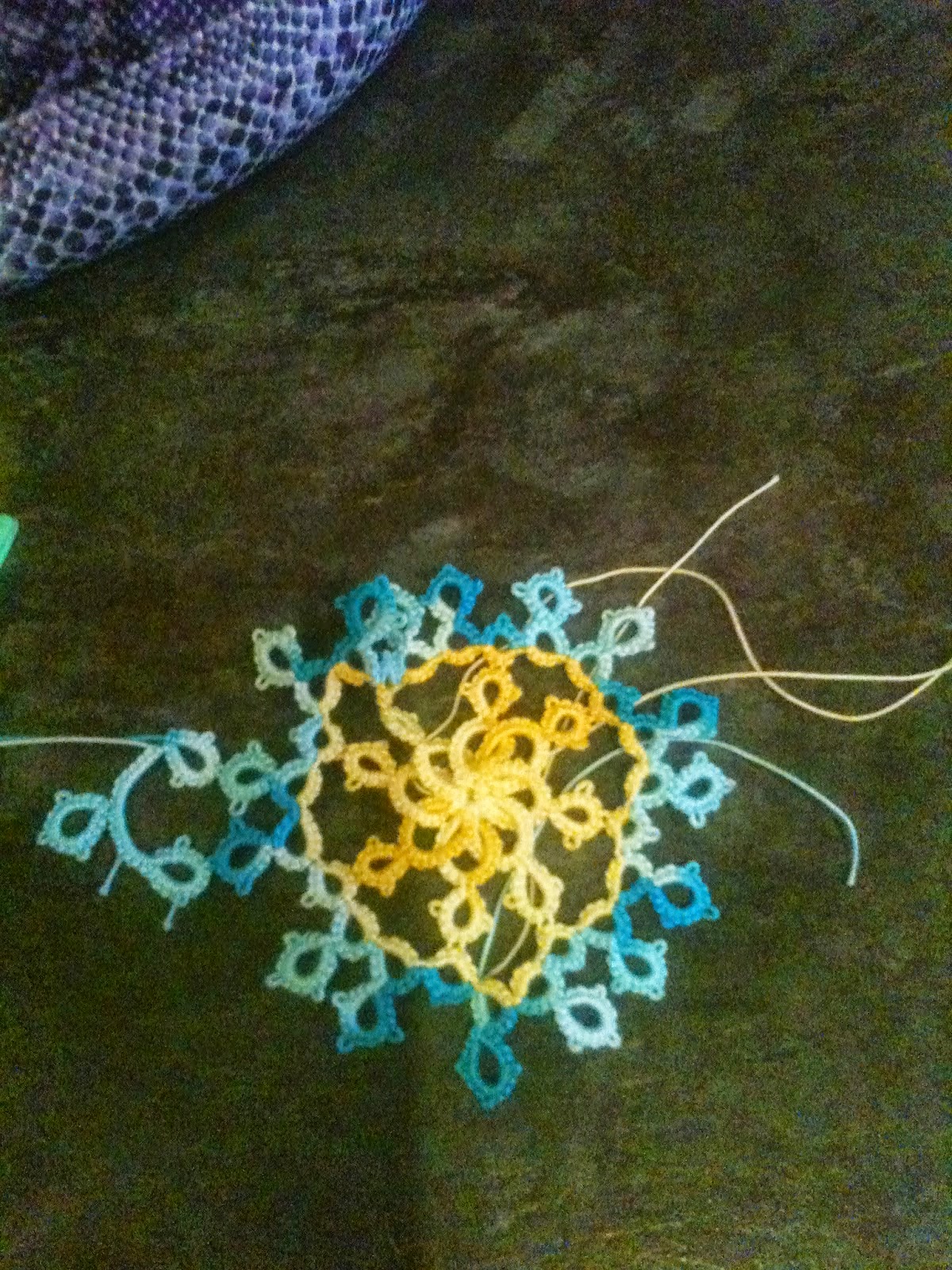 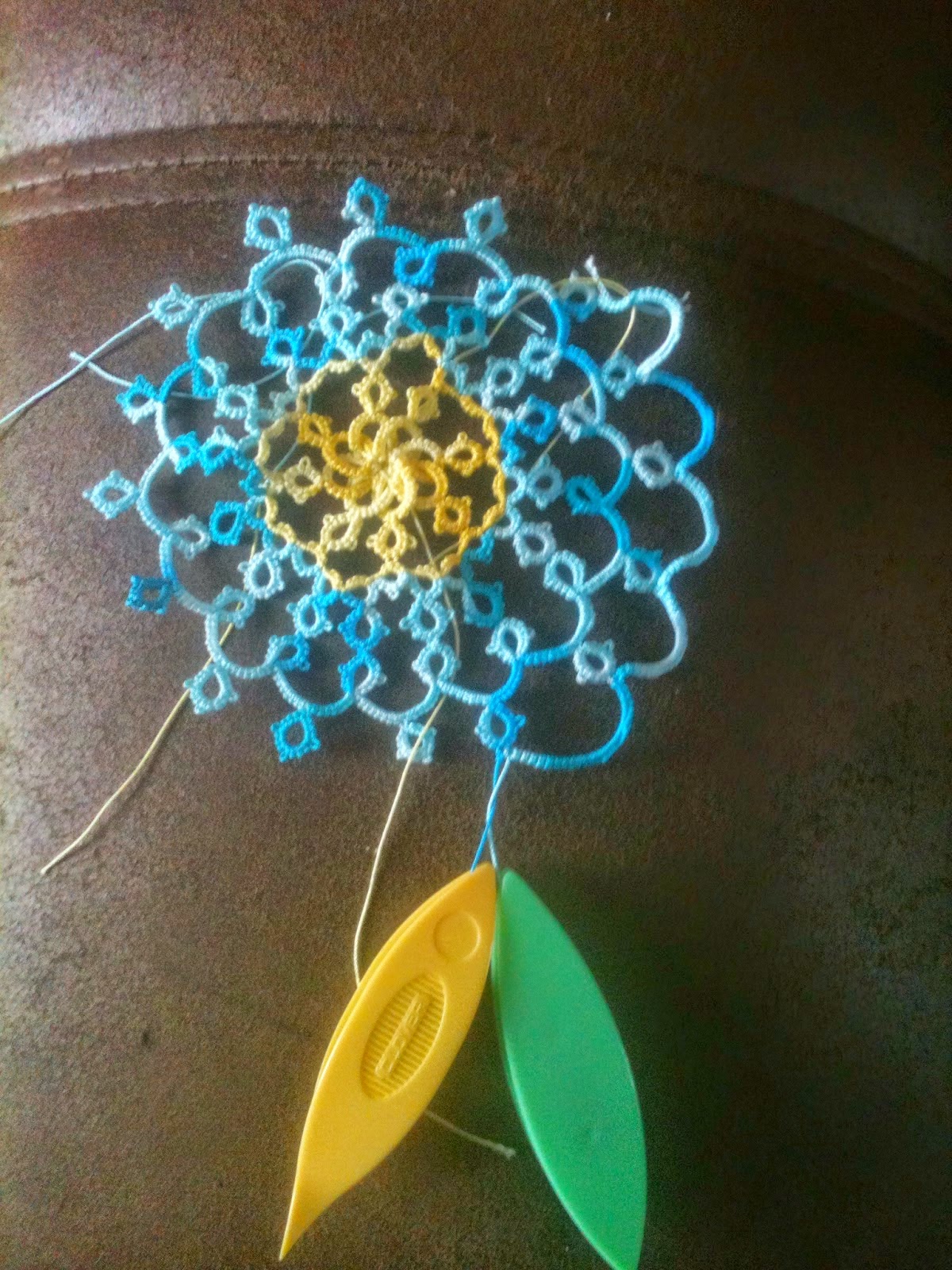 Ancolie found this little pattern called Dalhia in the book by Tomoko Morimoto The Basics of Frivolity in 3 Steps. 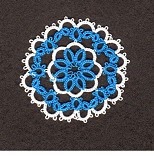 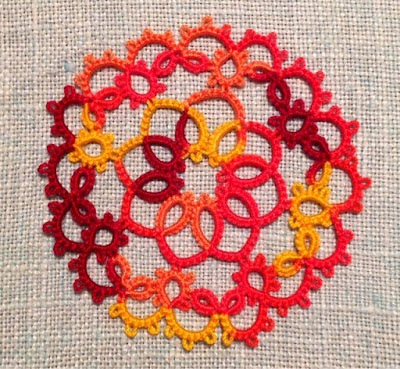 Diane was pleased with her doily except for one very important, but missing, ring.

Fox took a break from tatting the Monster Doily to work on this design by Robin Perfetti #80 DMC. There are five more long rows to go on the monster doily. Is it better to keep going when you're on a roll, or stop and take a break? If you take a break, do you risk coming back to it with different tension, or losing track of the pattern and making a mistake? 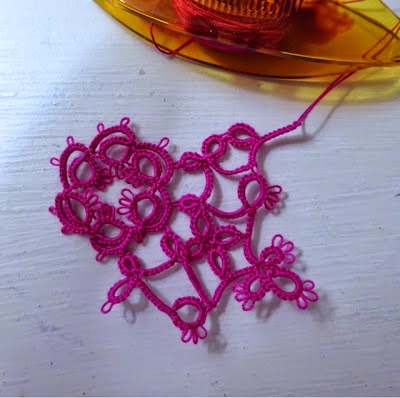 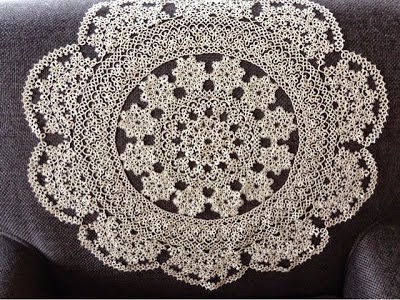 Kristen found the cupcake pattern from Nancy Tracy to be totally appropriate for her birthday. She tatted a vintage motif from the most recent Handy Hands newsletter, in size 20 thread and it was fun to execute. Here are her attempts to learn interlocking SCMR rings in size 20 ecru and size 30 Cebelia as a precursor to starting the Under an African Sky doily. This one is her best so far, but she ran out of thread on the last ring! She has been plugging away at a flowery Jan Stawasz pattern but it look like it's cupping even with some serious blocking, but maybe the subsequent rows will help pull it into shape. 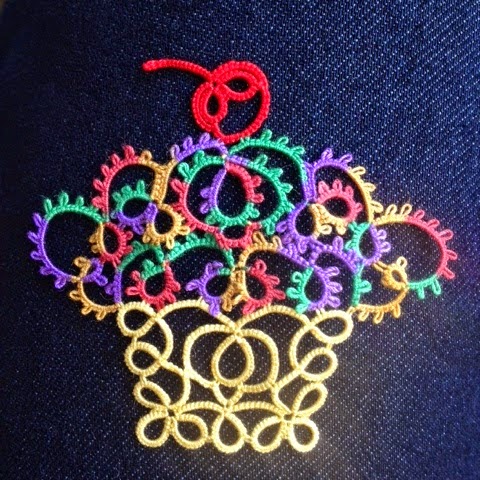 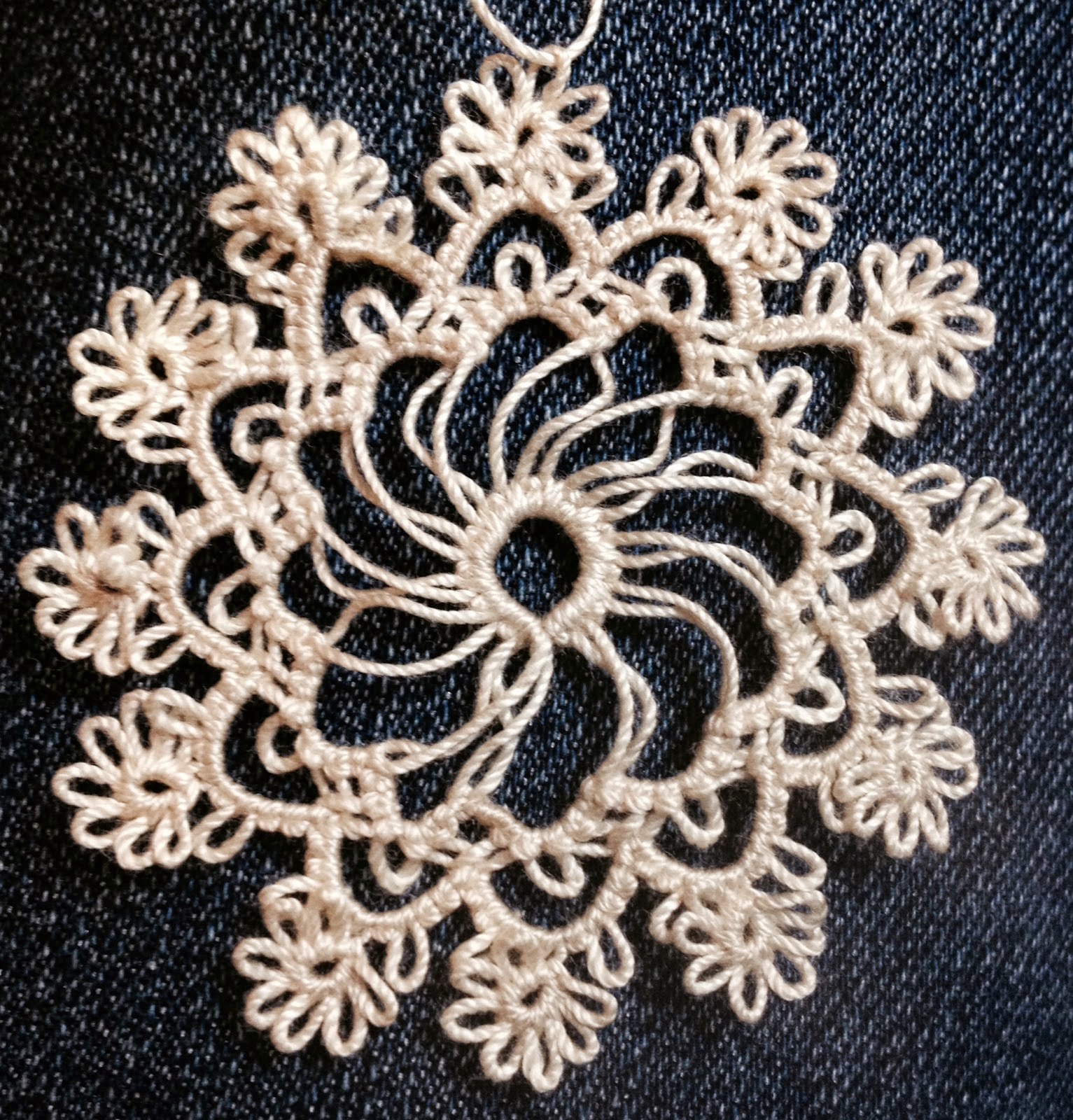 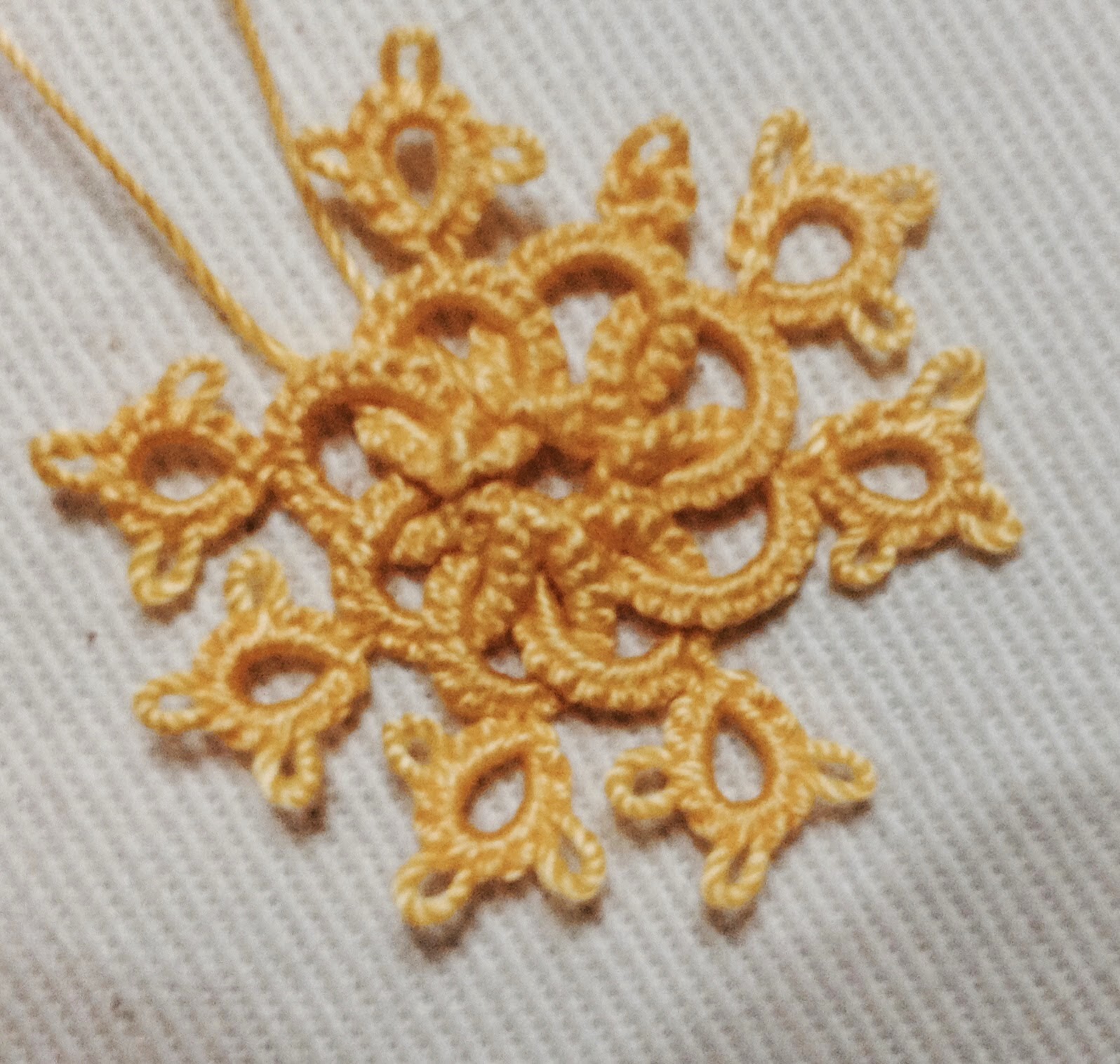 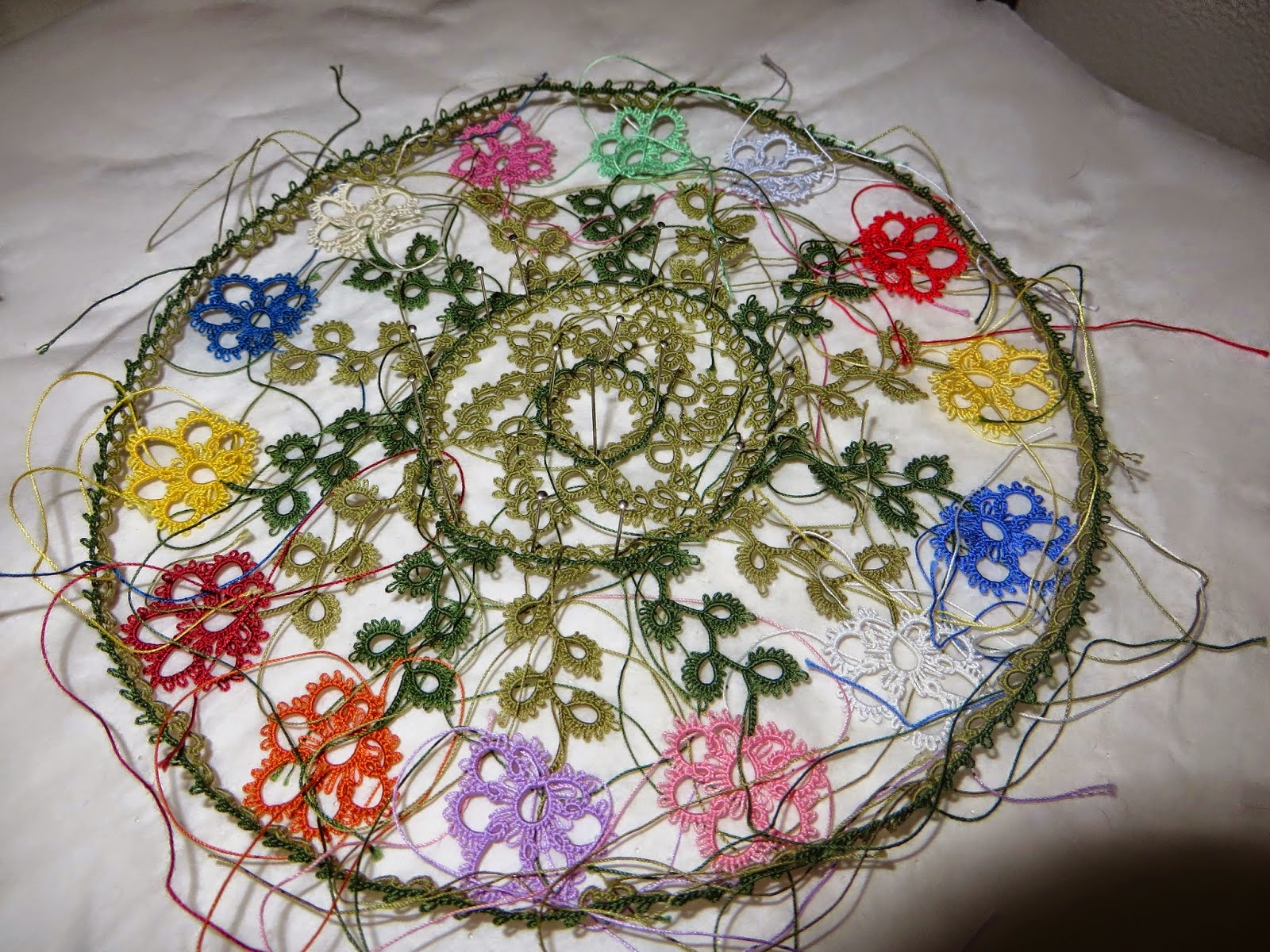 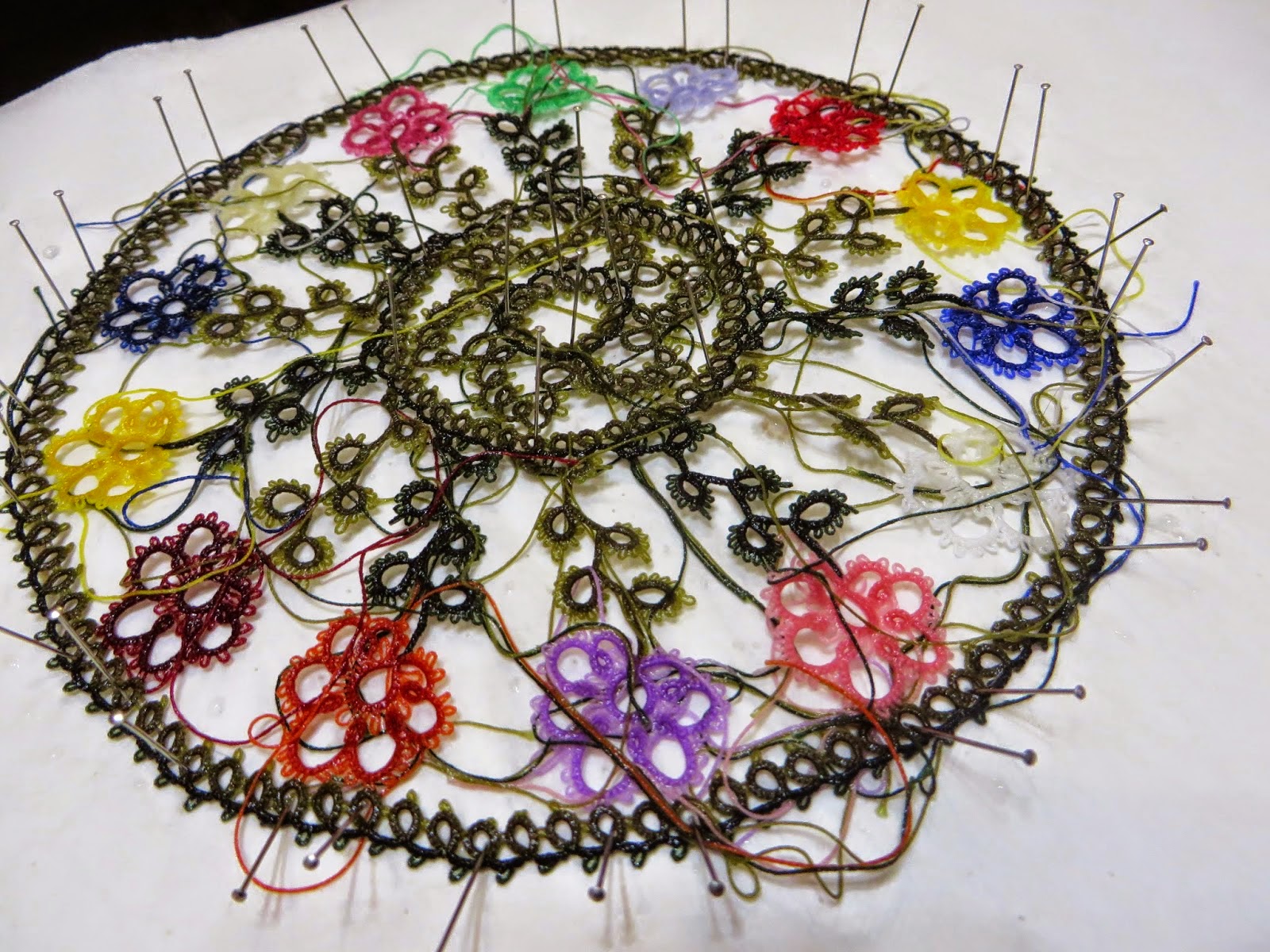 Phyllis finished the tatting bug from The Complete Book of Tatting by Rebecca Jones, but she's not completely satisfied with the way it lays and she needs to add google eyes to complete it. The paws are from Tat Days 2013 made with three strands of glow in the dark embroidery floss. She plans to make a set of 4 using 6 strands, putting them on acrylic sheets and attaching it to a tree for Halloween. 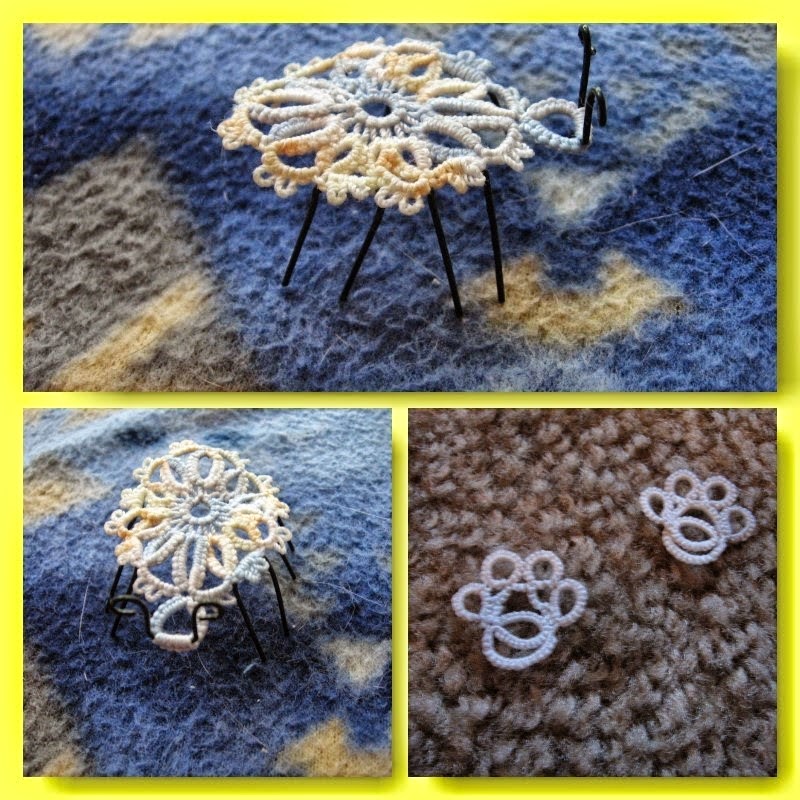 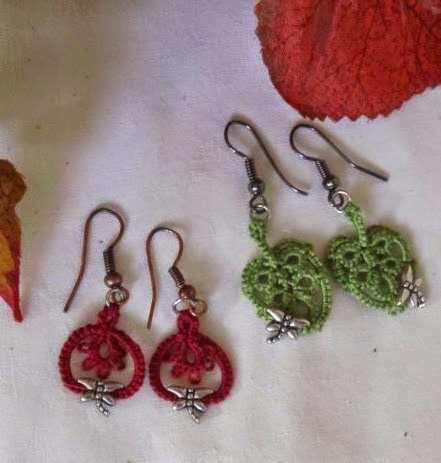