Lilas is pleased that her tatted jewellery is now on display at Cafe Couture in Rouen a place to both show her works and do a workshop on tatting.

Cindy used Lizbeth #181 Cranberry Bush and an Ecru thread, size 20 to tat this pattern from the book New Tatting by Tomoko Morimoto and although it's described as a doily, it's barely large enough to use as a coaster for her coffee cup. 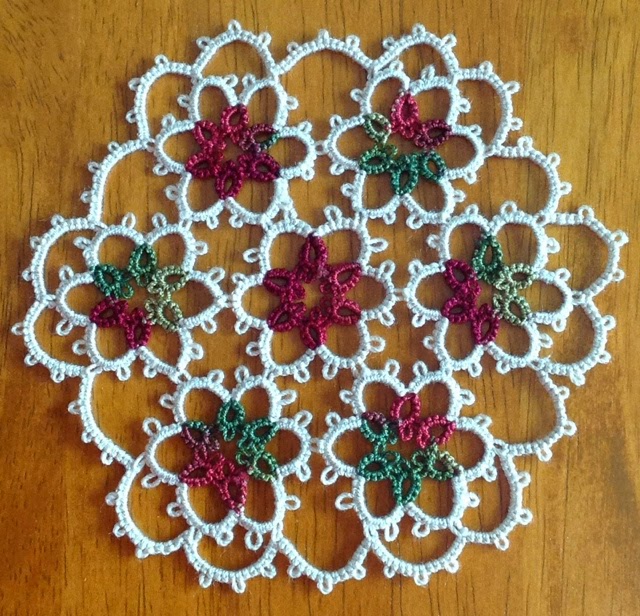 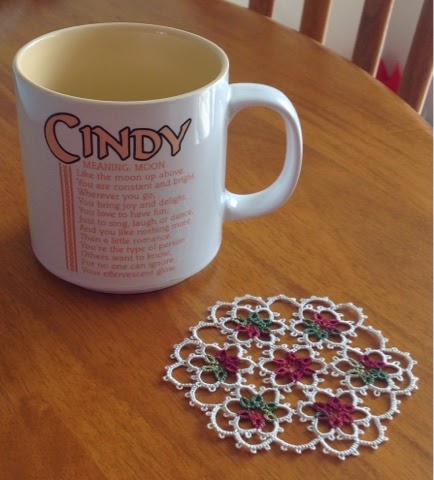 Diane started round 6 of Mom's Pink Doily by Nancy Tracy and it has lots of rings.

Fox has another pair of fancy socks tatted for Miss Hayley. 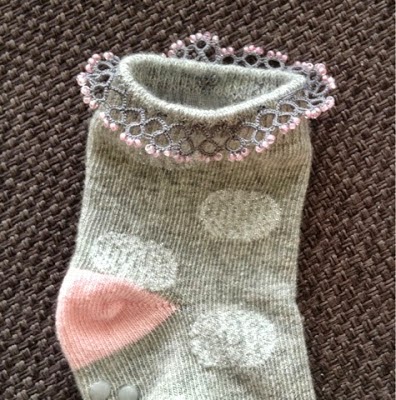 Margaret tatted a set of 6 coasters in Lizbeth thread no 20 from the pattern Marion by Jennifer Williams. 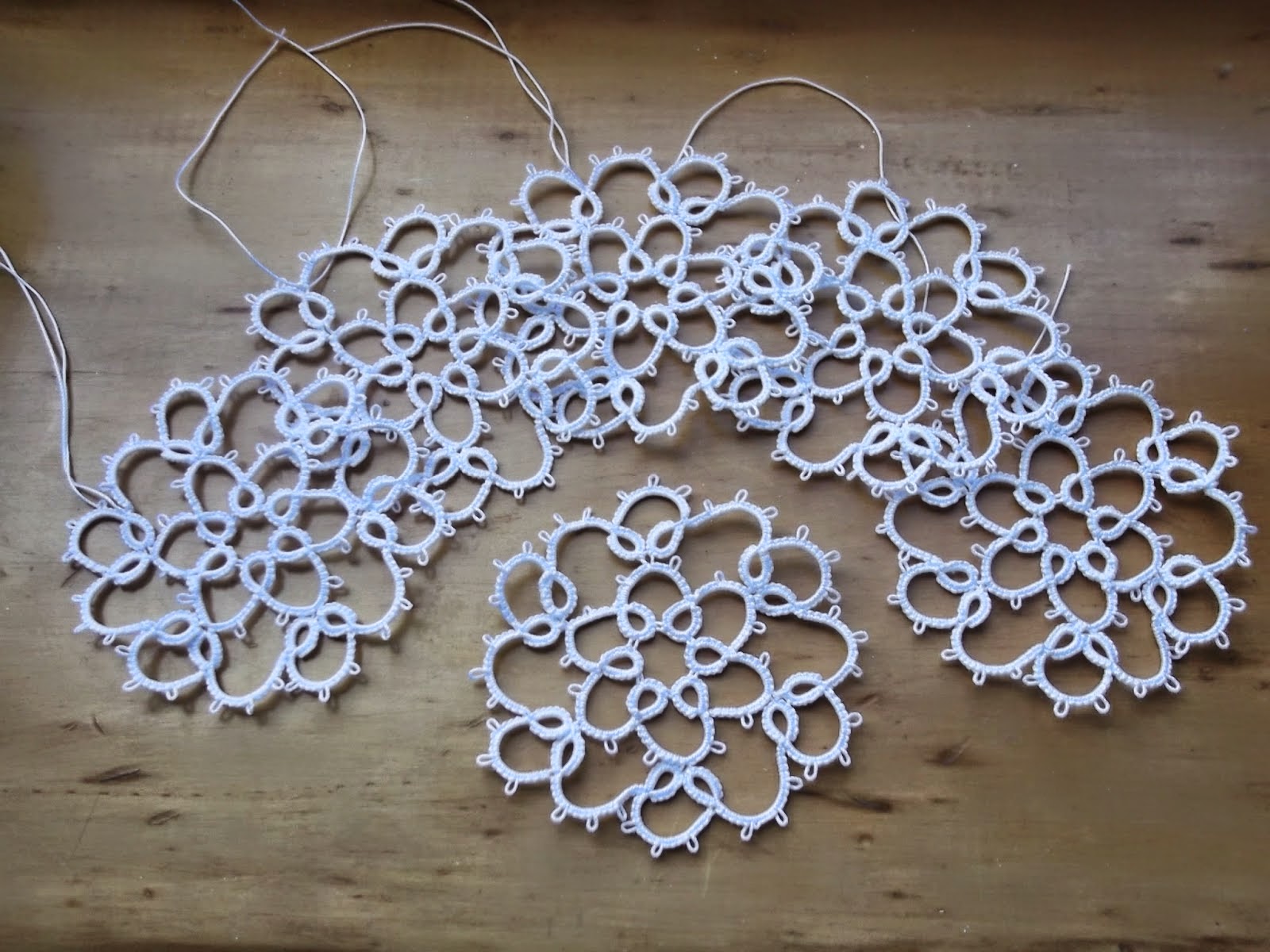 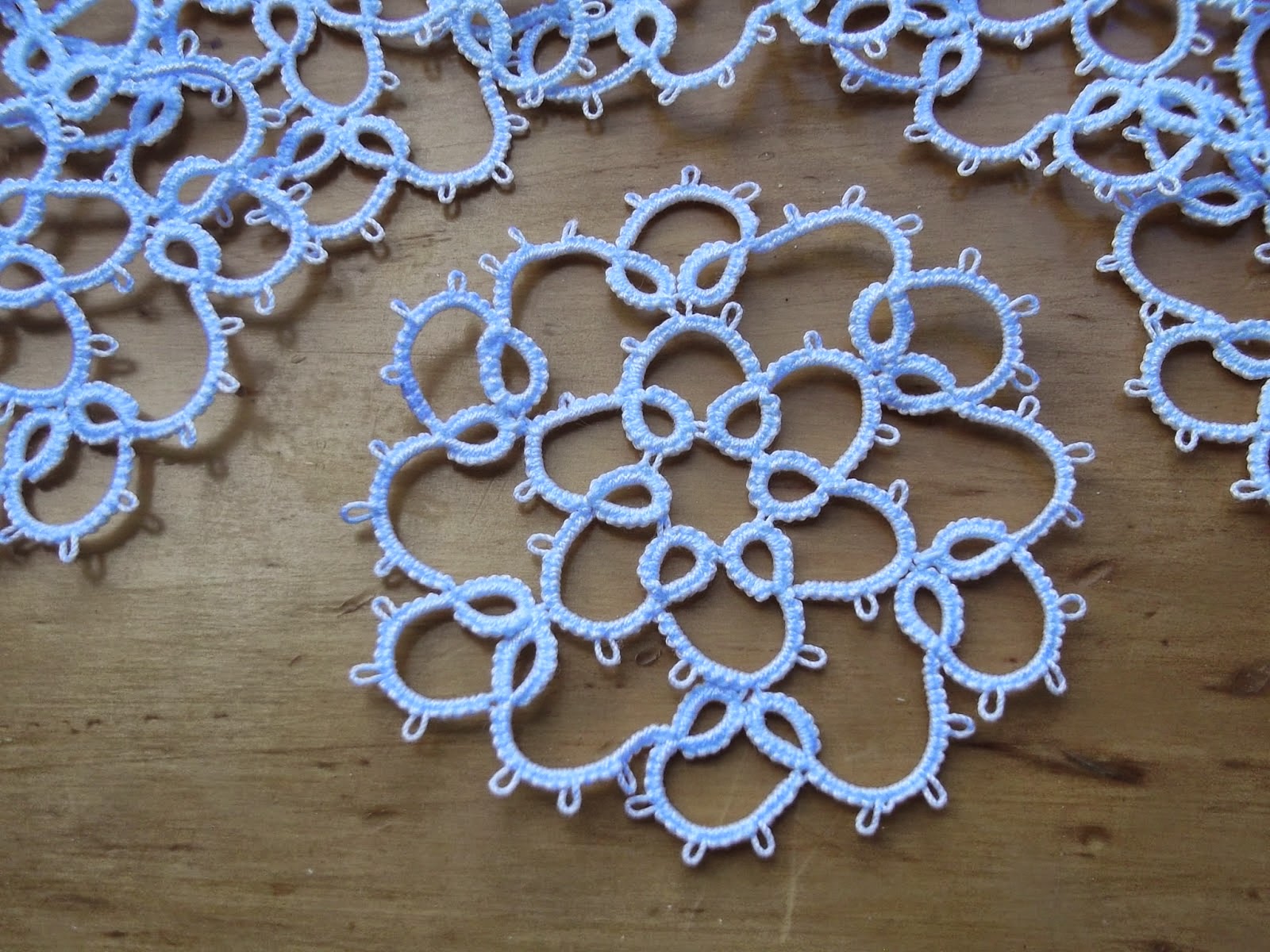 Marie has a few small motifs that she sealed in resin to protect them and she'll tat around these cabochons later. 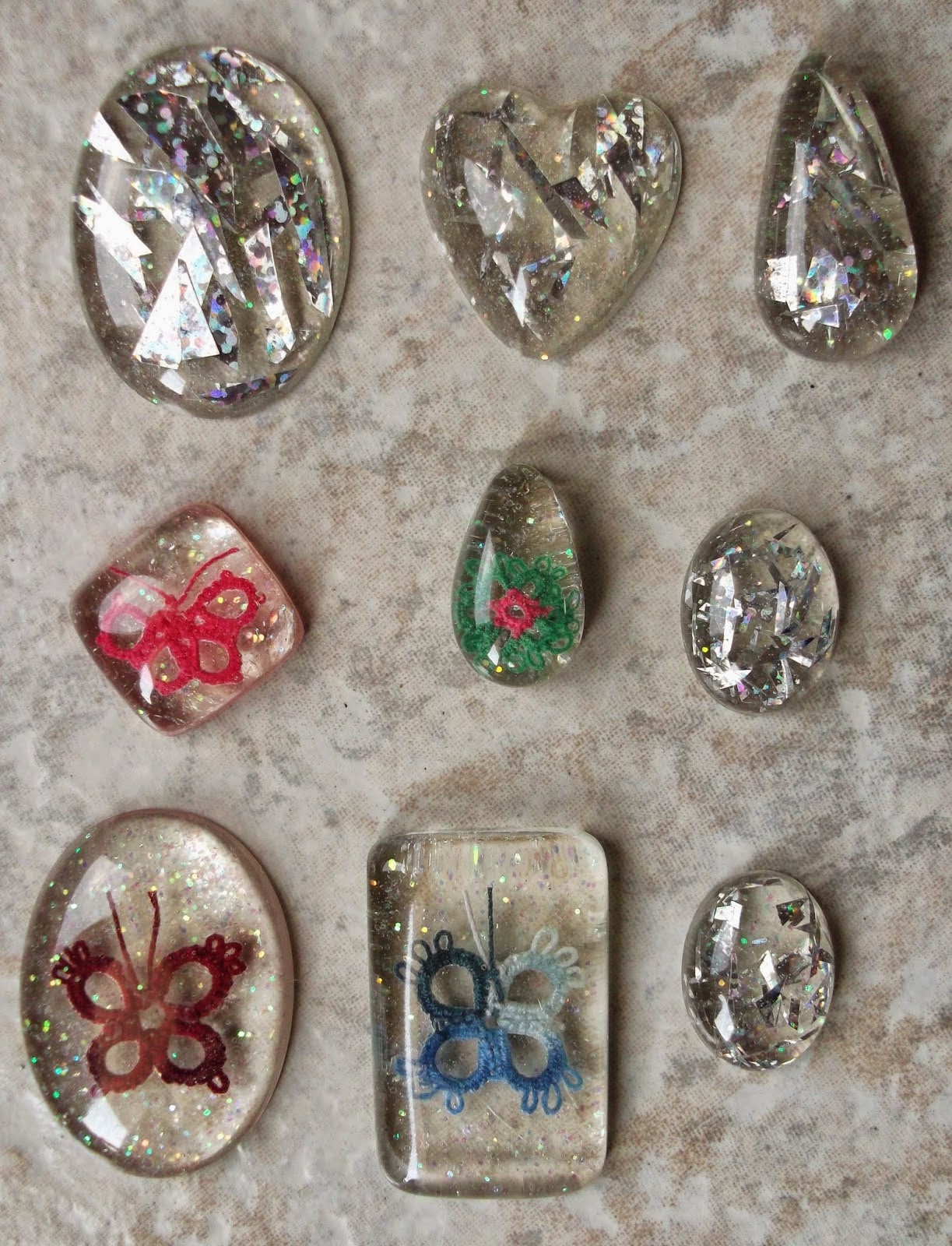 Phyllis is back from Palmetto Tat Days, where she had a great time and learned to do Baubles, Mignonette and perfected her split chain technique. The bauble she made is done in her own size 10 HDT. The block tatted ornament was her first for tatting with a finding done in size 20, variegated Livi's Ballet Shoes HDT by Tatilicious, and the Hot Pink was her own HDT. She finished Linda Davies Star Attraction Doily using Lizbeth size 10 and it was given to the Silent Auction at Tat Days. It's pictured here along with the her finished peacock and a dime for comparison. 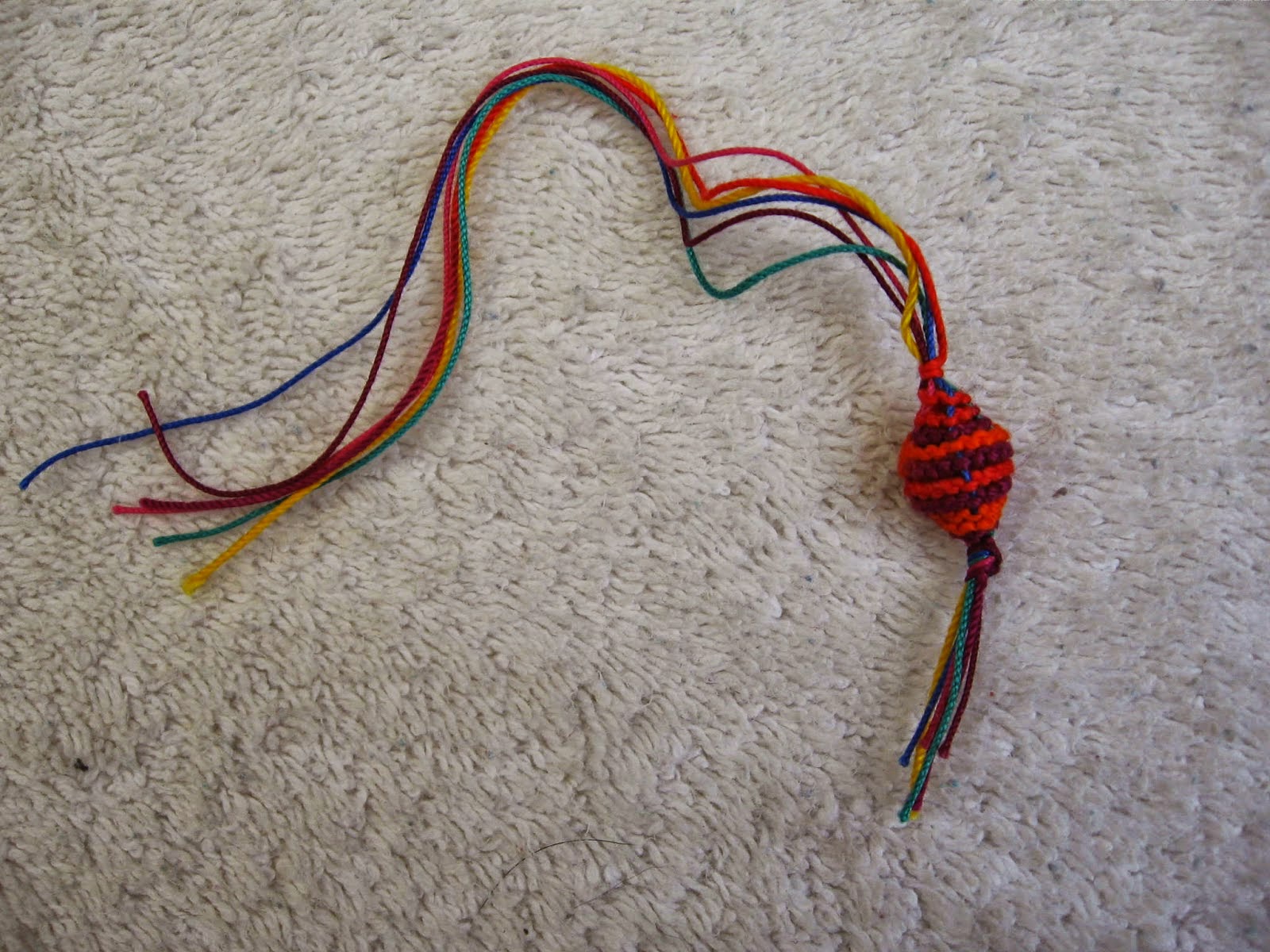 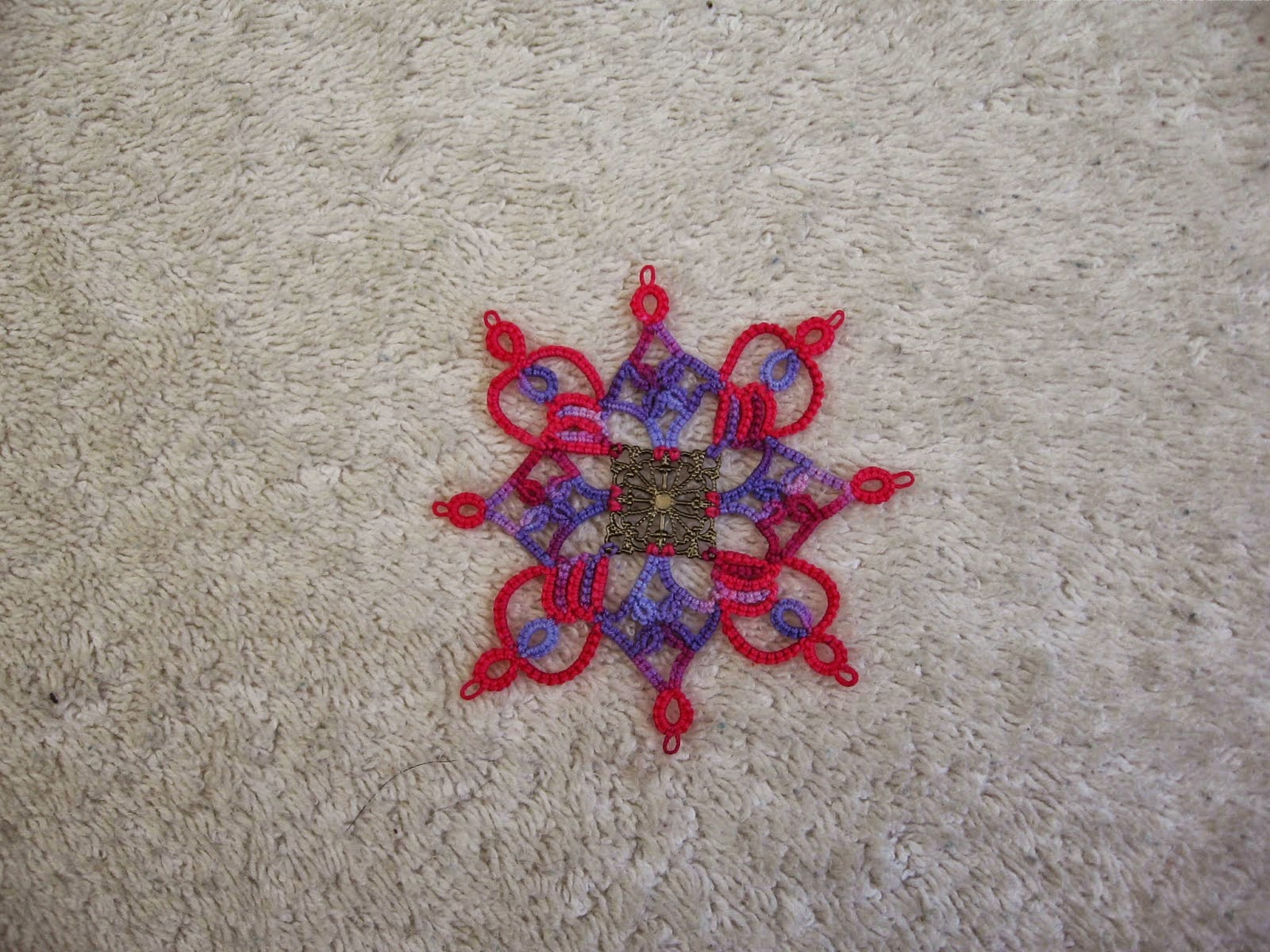 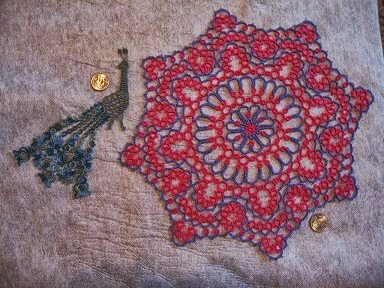