Jane has finished her gloves and she likes how the hand part looks, but thinks the wrist section is too puffy. She shortened the chains and the bare thread spaces which makes it look neater, but it still has to be large enough for her hand to fit through. Maybe it needs ribbon or elastic. Ribbon would look pretty, but would require assistance putting them on. 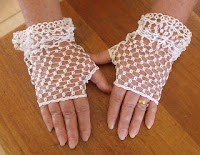 Prabhjyotsaini finally had a chance to finish off  her TIAS and Jane's delightful and charming baby pram was revealed. 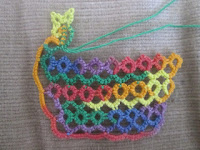 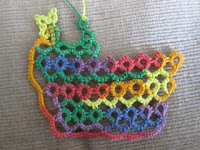 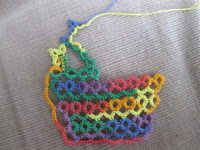 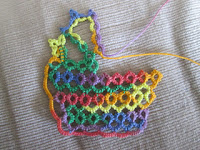 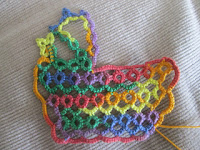 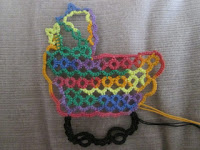 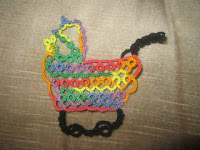 Nancy tatted a couple of new to her motifs. This vintage pattern by Nellie Ellison in size 20, Lizbeth Grape Splash and Jane Eborall's Fandango Button Snowflake done in Lizbeth Autumn Spice also size 20, with seed beads and a wooden button. 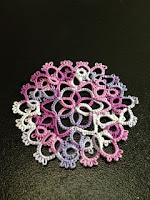 Linda made a CQ gift for a friend with the Red Hat pattern from  Mark Myers and a heart found in the Handy Hands Catalogue. 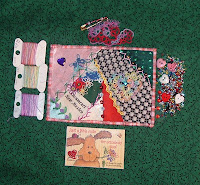 Ancolie started Debbie Arnold's Purple and Teal Square Doily although she didn't have the same threads and she's doing it in the DMC Fil dentelle size 80 colors which are the closest. 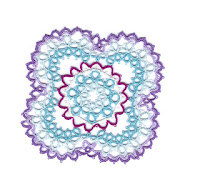 Cindy tatted Mary Konior's Large Cross, from her Tatting with Visual Patterns book in size 30 thread because she wanted a smaller bookmark than the size 20 would have given her. Julie Patterson's Hearts and Flowers Cross was done with white size 20 thread.

Diane tatted some Leaf Braid from Tatting with Visual Patterns by Mary Konior in what she thinks might be Summer Trail. Spinning Wheel is being worked in size 10 Teeny Bopper HDT from Yarnplayer. Her newest project is Doily VI from Tatted Treasures by Jan Stawasz in size 20 Lizbeth #168, Latte Foam. Row 2 is easy but she needs a little more energy at the end of the day to work on it. Before she started her day, she was working on the Spinning Wheel. 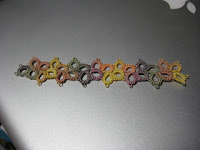 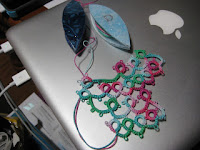 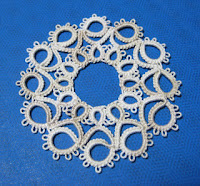 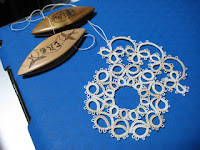 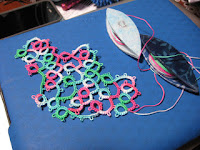 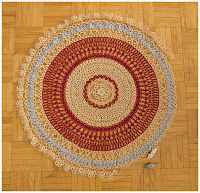 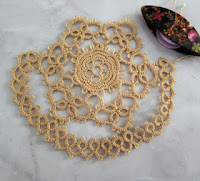 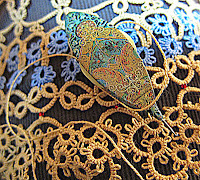 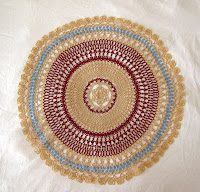 Jess started Debbie Arnold's Square Doily using Carnival and Lizbeth Azalea Md. She plans to add lime green into the mix on the next round. One of the other things she has been doing is working on tassels and tails. 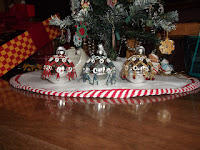 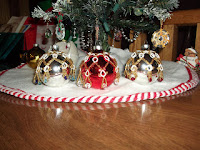 Michelle used Frivole's Happy Heart with those are Catherine Wheel Joins in size 70 Majestic white thread to tat these earrings for Valentine's day. 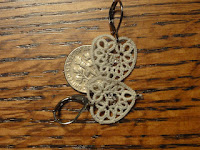 Orsi tatted her Sleeping Beauty earrings in red and rose Lizbeth thread. The red one is size 20 and the rose one in size 40. 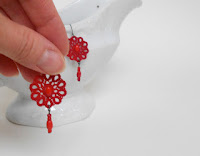 Sherry is reworking some of her patterns to familiarize herself with them again before the Shuttlebirds workshop. She's into bling just now as you can see from her tatting.

Wanda used tatting in a 10 thread in turquoise to make the edging for this bag. 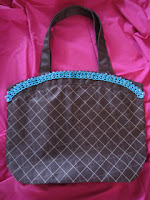