Grace has recently learned to tat and she decided to jump in the deep end and join the challenge. For her first pieces she did a hens and chicks edging using some vintage ecru thread left on her grandmother's tatting shuttle the lavender thread is vintage size 80 thread. She tried Jon Yusoff's heart that looks a little like Mickey Mouse's head. Aunt Lydia's red crochet thread size 10 was used for the heart from The Gentle Art of Tatting. The heart on the left is from Learn to Tat by Janette Baker done in size 10 variegated Aunt Lydia's crochet thread with cream Lizbeth in size 10 and on the right is a pattern from The Gentle Art of Tatted Hearts (Rizzo) done in size 10 Lizbeth in Lollipop and cream. She was disappointed in Birgit Phelp's heart until she realized she'd made a mistake. Her later efforts are done DMC cream perle size 8 and Lizbeth Country Grape Light in size 40. Heart o' Daisies from Jon Yusoff's blog has a lot of split rings which she practiced before tatting the heart and found a local lace group that was able to help her out. Chinese Coins, also from Jon's blog includes multiple split rings as well. 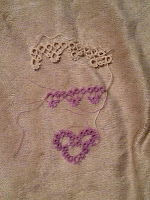 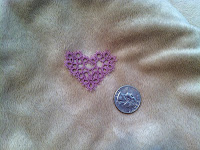 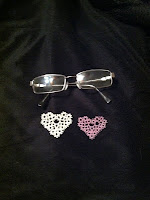 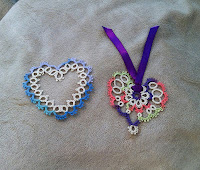 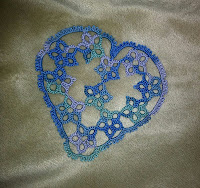 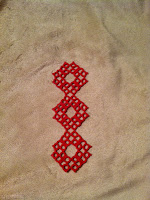 Sharon tatted the Plain And Fancy doily design by Karey Solomon which was featured in Tatting Times. 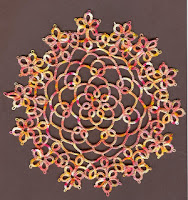 Jane saw Iris Niebach's recent post about pearl tatting which prompted her to do some experimenting.

Marta had an unfinished Christmas tree that she converted into a kite and the results are a charming bookmark.

Ancolie has finished Day 6 of TIAS and it this stage she's not sure if it's a pram or a duck. 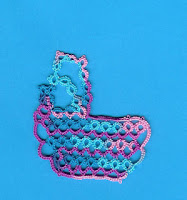 Cindy has Days 7,8 and 9 of TIAS done and all she can see is a baby buggy. She tatted Irene Woo's Butterfly Heart to help empty some shuttles. 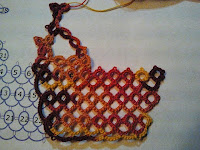 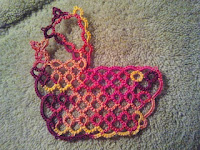 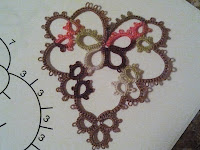 Diane is finding the size 70 thread she's using for this Mary Konior edging very delicate after working with size 20. She still has a little Raspberry Sorbet left, so she's working on little projects. The pattern for this heart is by Betsy Evans, which is very easy to tat and she used some of the Raspberry Sorbet from Tatskool for it. 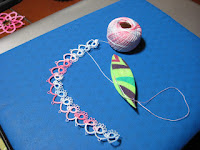 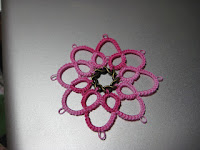 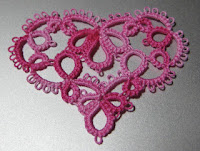 Fox tatted Jon’s Johar in what she thinks is Yarnplayer’s HDT size 20. Honey Napkin grows, albeit slowly and it's nearly 2 feet across 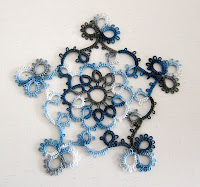 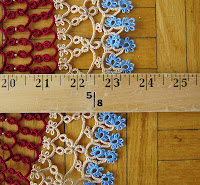 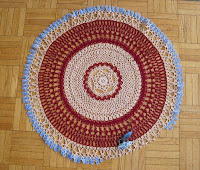 Jess has a new colourway that she has tatted a sample for and it needs a name so she's doing a poll looking for answers.

Marie took an old clip earring and tatted around it in size 40 Lizbeth cranberry bush to make a jelly bean shaped pendant. Another Key to my Heart pendant done in Lizbeth, size 20, antique violet medium. This Ocean Sunset necklace was tatted with a sample thread from Hand Hands using a pattern by Jon Yusoff.

Mica tatted Jon's Quantiesque snowflake again, this time using yellow-gold beads, but about half way through she thought that it might  have looked better if she had used ecru thread, although she has no plans to re-tat it. 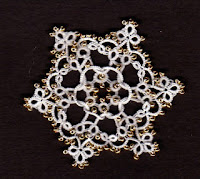 Orsi did her heart pendant necklace in black and it's just a lovely as it was in white. 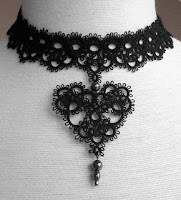 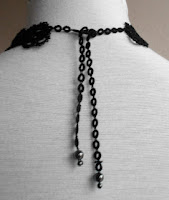 Sherry added some new hook pens to her stock. An old hat was dressed up with Lilly. a tatted butterfly from her book . 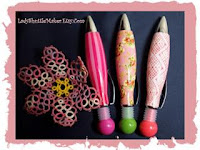 Wanda has tatted more earring hearts using Kelly's pattern in Lizbeth #622 size 20 with pink seed beads for her daughter. Then she did a set  in DMC size 8 Pearl cotton green for her daughter's co-worker. Here's TIAS 2013 Day 9 which looks like it's a baby buggy, or pram if you're on the other side of the pond. Or baby carriage if you're Canadian and want to be picky. 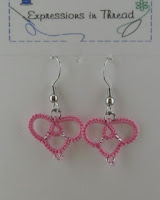 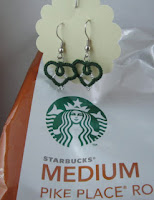 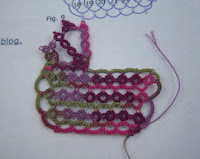