Vanessa has tatted her #2 motif. This heart pattern was from Georgia Seitz's web page and was made in a variegated Anchor Mercer Crochet cotton, size 20. 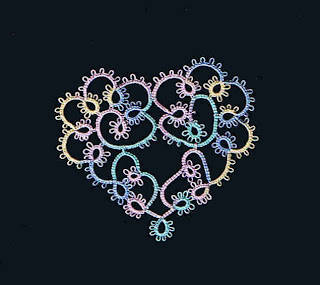 IsDihara Progress has been slow on her experiment to use Birgit Phelp's 2003 Sweetheart as a base for a bigger heart. This is her attempt, she thinks the design gods are laughing. I can imagine they aren't just keep at it you will get it! She signed up for the design tat, before the first lesson was complete, she went and upset the applecart with her Big, Lofty Idea. She said it is a curse to have a brain that leaps ahead instead of learning step by step. We all do that IsDihara it makes for better learning :) 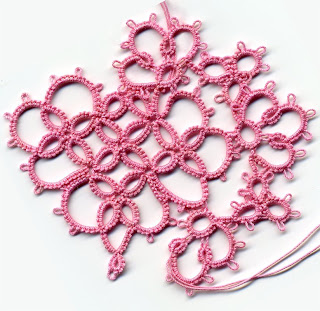 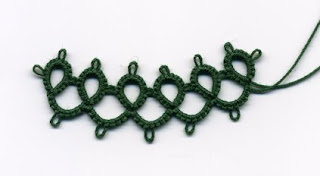 Pam has been practicing her tatting and seems to be getting knotted up. For her motif #4 she tied off the 3 rings she did and then added another color she don't know what to call it but she likes it. I know what to call it BEAUTIFUL its pretty Pam. For her #5 The Online Tatting Class had a Christmas in July special event with an Angel with split rings. She learned how to do split rings and practiced while Leo napped. She had extra thread and here is her result, I think its very pretty.

Shirl made a beautiful covered button. The cloth is linen. The pattern for this motif is from Tatting Patterns by Julie E. Sanders. The thread is DMC 12 color 310. The button measures 1 7/8 inch diameter.

Linda The Tatting Goddess group had a Snowflake Blizzard in July Exchange. Here is her card of snowflakes mailed to Riet. She has also made Mr. Kitty Cat its in the mail for her Grandson's Birthday. The pattern is from Jane Eborall. 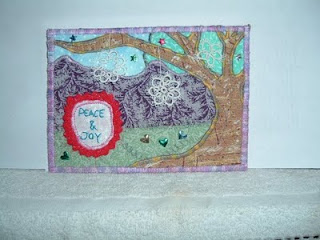 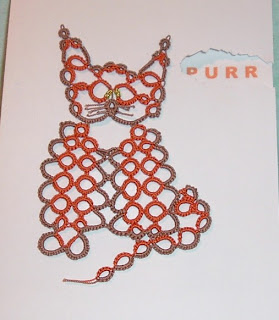 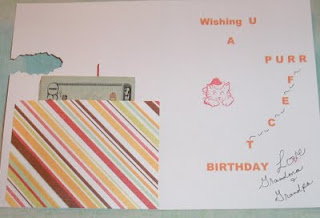 Kelly has 1 more round to complete on her "occasional doily". She is also working on doing the bead in the center of the split ring, a friend told her how to do it over the phone and isn't sure if she is doing it right. Well Kelly it looks great to me!! 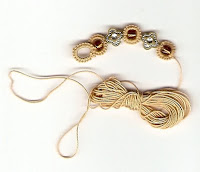 Angie completed her #18 motif. A baby booties that was just a test to see if she could do it. She says the colors aren't right for a baby. 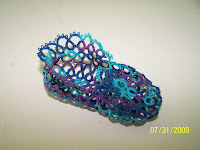 Ancolie has seen nice projects with needle tatting in the magazine BURDA Nr. 20, but she prefer shuttles . Here is the project doily "30-3" : she used 2 shuttles.

Kathy is celebrating her 1 year Blog a versary and 20 years of tatting . Congrats on both Kathy!! Here are her motifs #22 - #25 that she tatted back in the 1990's #22 is a Blog-a-versary candle (which she lit for the first time for this special occasion!) shows a tatted motif by a talented designer, Gloria Crowther and is from her soft-cover publication, “Gloria’s Tatting.” In fact, she displayed it on a candle, which gave her the idea. Motif #23 - Mary Konior’s clever flower motif she used DMC size 30. Motif #24 – This ‘pictogram’ (in a stand-up frame) was made with a scrap piece of tatting. Motif #25 - Earrings from the Workbasket –June/July 1991 – by Millie Wilcoxson. She especially want to impress upon my young nieces (and others) that tatting is HIP AND COOL with the earrings and I TOTALLY AGREE. 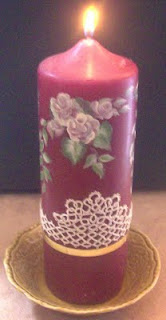 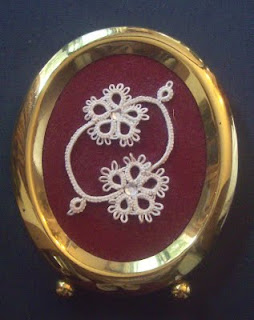 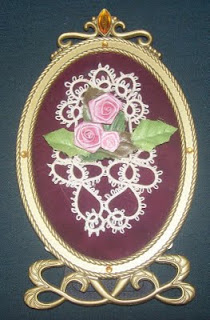 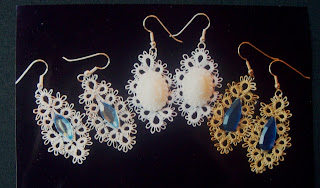 Nita has made a lovely bookmark she found on a website but isn't sure where she loved the design so much she tatted a few more. she also shows us a sneak peek at a larger project she is working on using size 80 Dmc Cordonnet. She will show us when its finished. We cant wait Nita. 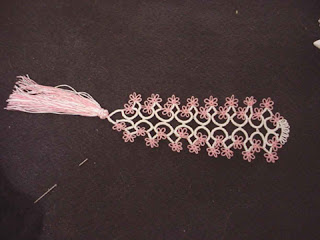 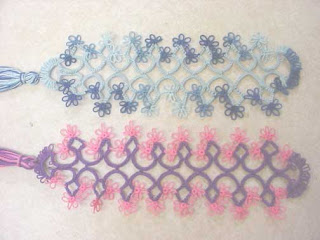 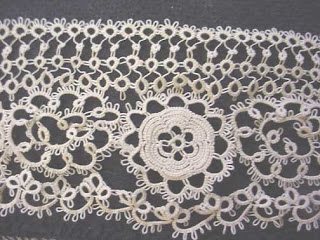 Ellen did some tatting for Rafii using Teri Dusenburys design and she made a paper clip to go with it. She is also doing more ATC's which are very lovely. There are tatted feet, flowers, and a heart made by Dorcas for her. 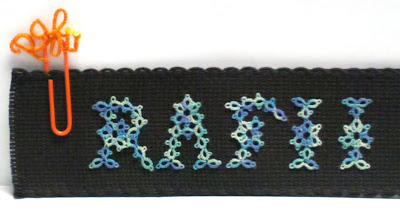 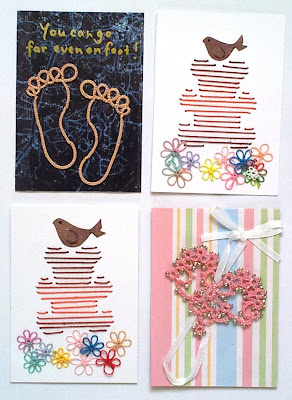