Usha recently found way of overlaying another colour of thread while working on normal rings. Her group gave the technique a try and Vrinda did a variation with only 4 rings making a square motif. The PDF for the Encircled Charm is available on her blog. The process is similar to the Ikuta Picots by Muskaan. Of course what is any technique without pushing the envelope to see what can be done with it. 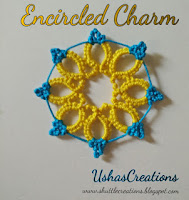 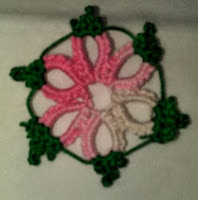 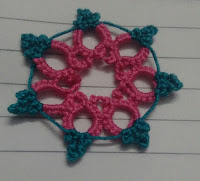 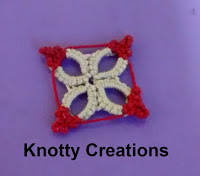 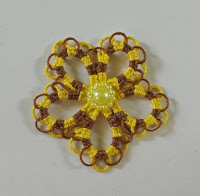 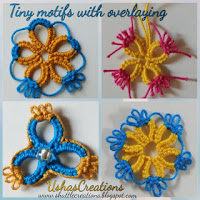 Vera has tatted some maple leaves in autumn colours. 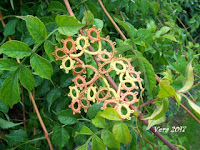 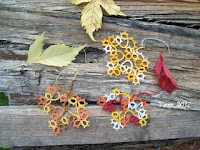 Diane thinks the sparkle of this thread doesn't show up well in the picture and the Ice Drop is much prettier in person. She met with the Tollway Tatters and worked on her sister's runner, but noticed when she got to the last ring, that she had tatted the first ring wrong and had to snip. Denise finished Karey Solomon's Ice Drop from Palmetto Tat Days. While Diane finished one of her Ice Drops, so the day was not a loss. She had a mistake in Erin Holloway Moseley's Josephine Chain Square Motif done in size 20 Lizbeth #131, Vineyard Harvest, and she was just going to continue on, but in the end she decided to start again and finally had success on the third try. Her little tree of Ice Drops is full so now this batch of Ice Drops is safely tucked away in a little tin ready for the holidays. She started another right away using a cat's eye cabochon that she found on Etsy, but the cat's eye doesn't show up on this orange gem. Barbara gave them glass gems with the little floaty things in them and whatever they're called it still looks pretty. 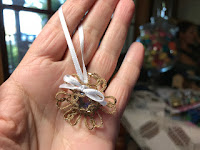 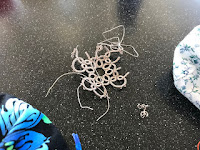 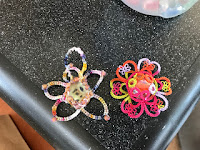 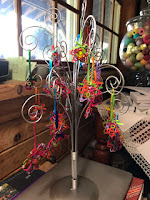 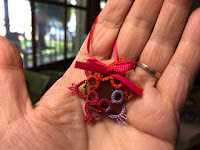 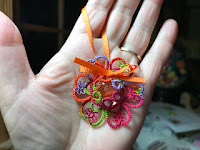 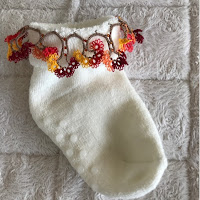 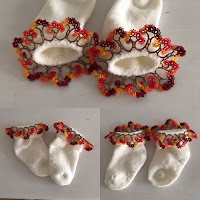 Marie found that this round of her doily tatted fast. Round 6 was pretty quick too. She's finished round 7 and the next rounds will be in the same colour. 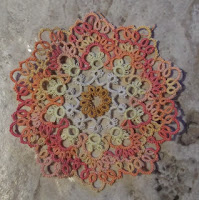 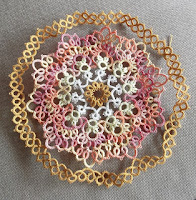 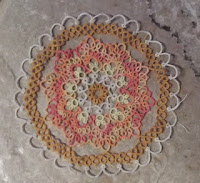 Muskaan is making progress on her doily a snowflake morphed into a motif. She has found that it's not enough to just tat the next round, she has to consider the one after it and how it will connect. The tiny shamrock is Simple Shamrock earrings pattern is by Stephanie Wilson from the 52 Earrings Project. Rounds 5 and 6 of her doily are done with some of her design thoughts posted. 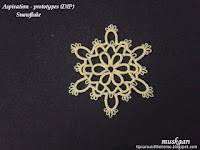 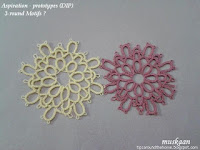 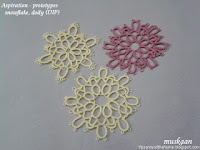 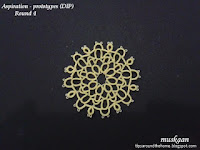 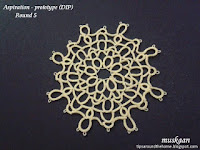 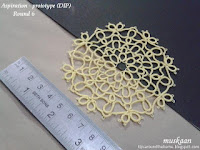 Wanda shows us the costume she wore for Palmetto Tat Days. She didn't have a lot of time to work on her costume since she didn't decide to attend until the last minute. Her outfit includes tatted earrings, tatting on the sleeves, a tatted fascinator, tatted cuffs and tatted leggings. 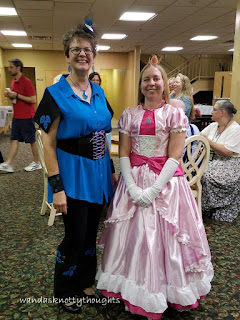 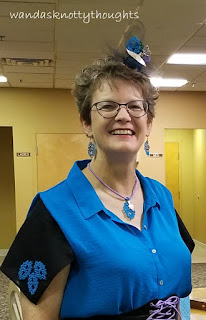 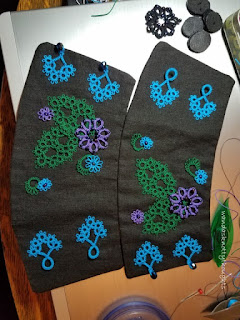 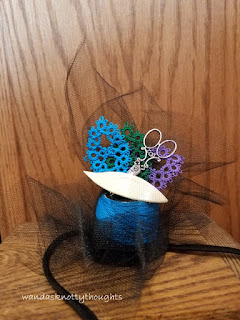 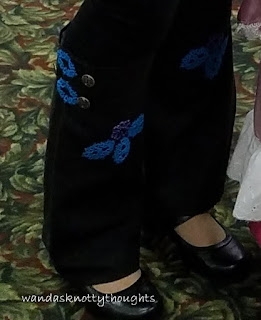