Fox tatted a second Edelweiss pattern, since she missed a join and didn't have the patience to work through it, so she cut it off. Maybe we should stage an intervention and take away her scissors to help her learn to live with her mistakes. Or would that constitute cruel and unusual punishment? 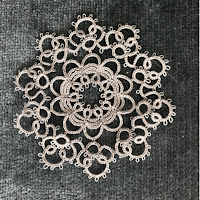 Muskaan was intrigued by Ninetta's Tuft Picots and when she shared an excellent video demo & application, there was no excuse not to try it out. She tried to use them in chains and also compare them with interlocking picots, in size 40 red. She also tried out Mrs Mee’s Picots in the same sample. Here's a Comparative Study of Picots - Interlocking Picots, Mrs Mee Picots and Tuft Picots. 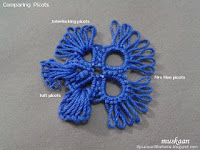 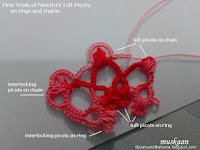 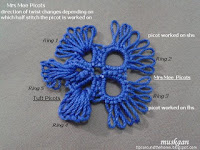 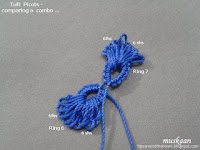 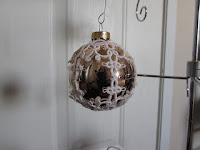 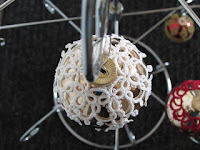 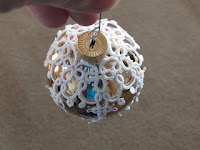 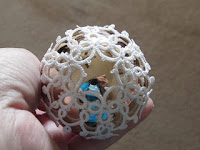 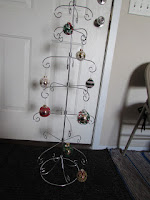 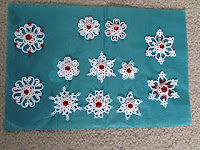