Vera finished the 7 repeats of the 4th row and started the 5th row even though she has some pain in her palm. She really likes how it's turning out 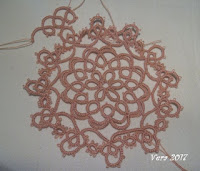 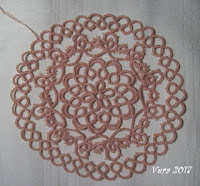 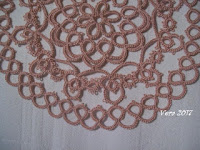 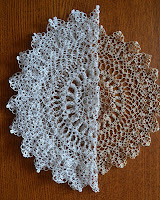 Cindy is still working on 2017 lucky pennies, most recently for expected babies - one of unknown gender, and one expected girl. She likes the Springtime Lizbeth – it has the perfect colours for any baby. She had this interesting button that was perfect for a button motif, but when it was completed it didn't look as neat as the ones Fox did. After some explanation she tatted it again with superior results. 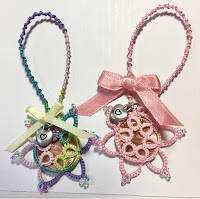 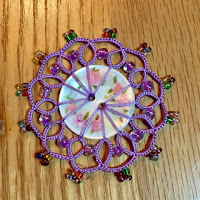 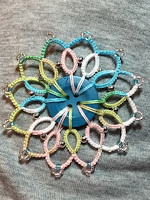 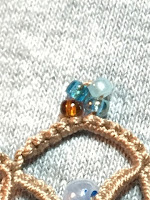 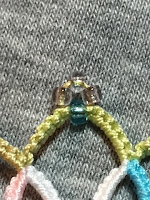 Diane still has plenty of Lizbeth Jelly Bean left and it goes well with many of the glass gems she has. It's also easy to coordinate ribbons with it. It's been a while since she worked on Renulek's Wiosna 2017, since she misplaced the pattern. Lots of other things are claiming her time, so there's only a little tatting of Ice Drops happening. She's back to subbing, but did manage 2 Ice Drops. 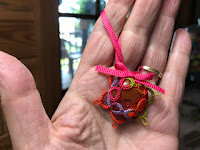 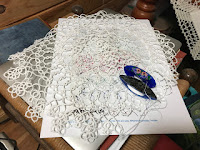 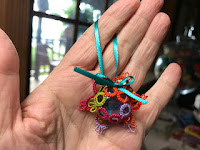 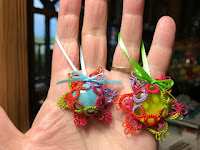 Fox loves the light silver thread she's using for Renulek's doily which is on the penultimate row. 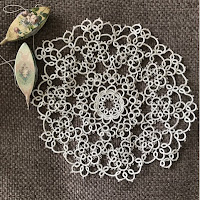 Marie made a mistake adding an extra ring on this Iris Neibach design. She found the woven picots challenging. She saw this pattern in the Handy Hands news letter and wanted to try it. 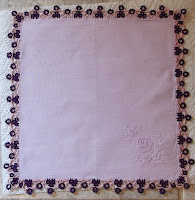 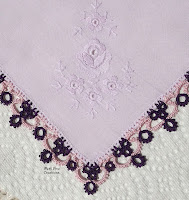 Martha thought of adding some small motifs in the large empty spaces of her yoke and when Sherry sent her a picture of the one she did 20 years ago it was evident that Martha and Sherry had the same idea. 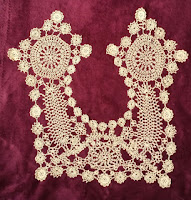 Muskaan started out trying to hang a large crystal bead inside a ring - a thrown/floating ring and she couldn't find a tutorial. She was tempted to ask her beading friend but decided to work it out on her own. There were a lot of mistakes, but she finally had success. She had her idea tested out. Gradually the floating beads method evolved. It works not only in thrown rings, but regular rings. It even works on a string of beads inside the ring. Then another idea struck - how about using the string as as a central picot? One of her patterns, Curly Cross Pendant, has been published in a Dutch magazine De Frivolité(k)ring. She experimented with tatting around a gem in gold metallic thread. After working on floating beads in a ring, she did it again in a chain. 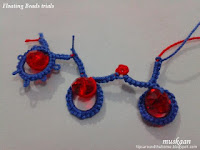 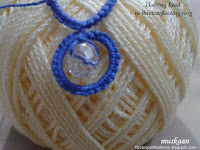 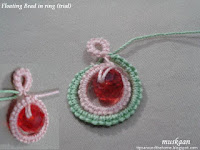 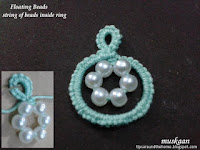 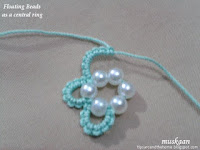 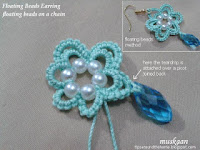 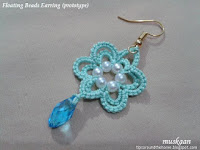 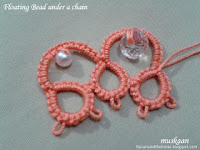 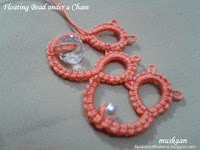 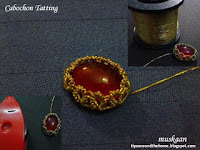 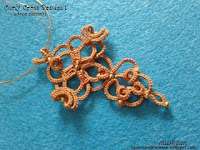 Sue has a start on her tatting, but hopes to have something more impressive later on. 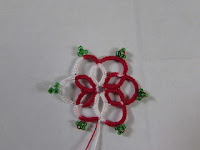