Jane tatted Jane Eborall's Fandango Heart although she's not planning on making the doily, she just wants something to put on Isabel's dress. 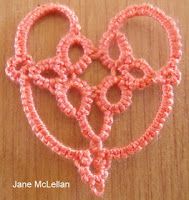 Nikki finished her Renulek 2014 doily, finding several mistakes in the second to the last row so she got her first taste of cutting out 5 inches of lace and untatting several inches so she could join in more thread. She used 3 different brands of thread on this one and she's going to call this a lesson learned not to make that mistake again. 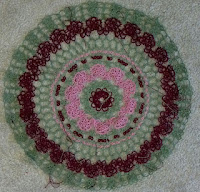 Elsa is participating in the Creativity and Tatting contest for the second year and the challenge is to start with an Anne Orr edging pattern and change the nodes and size, increase, decrease, add or remove pins, add beads, seed beads or whatever pleases you and create something that inspires you. She created a baroque-bohemian bracelet with a celtic flair. 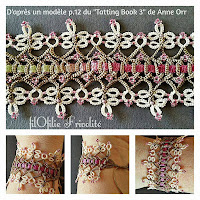 Melanie is working on this design by Nina Libin and she knows she had the right number of beads added, but it appears as if one broke and now she's going to have to be creative to add in a replacement bead. 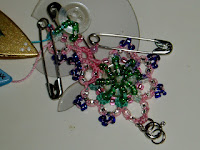 Diane messed up on the third pass of Renulek's Snowflake Cappuccino and rather than try and figure out the mess she snipped and started over. she just got started and it got messed up again. The third time was the charm, and now she's back on track using size 20 Lizbeth, Pineapple Parfait. The finished size is 4 1/2" point to point.  The Spinning Wheel glass mat from Tatting with Visual Patterns by Mary Konior is being done in size 80 colour #158 Niagara Falls. 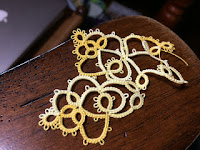 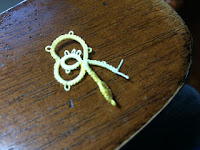 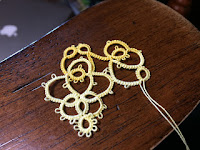 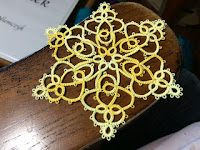 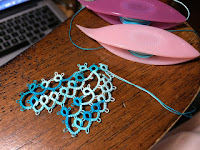 Fox has completed row one and is on to round two of the border for this fabric circle. 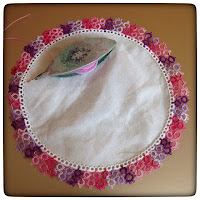 Kristen has decided Edgings are officially her nemesis. She started with this design for a vintage hanky and it was fine, until she got to the corner. The tiny rings were going everywhere but straight. So then she started over with this pattern. It was working out fine until this row, which just isn't playing nicely. 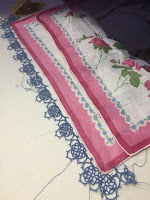 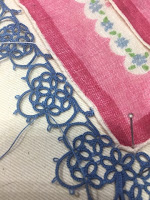 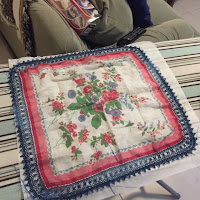 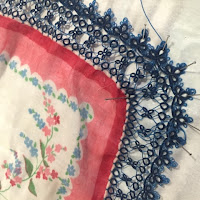 Marie started a new collection called the Stacked-Ring Brooch Collection and this one is the 2-Layered Flower Brooch made with size 20 thread. She made this brooch with DMC thread. She has included the pattern for this design on her blog so you can make your own. 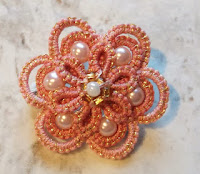 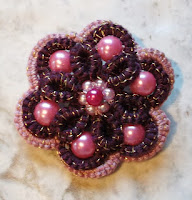 Muskaan admired Vinita Sharma's Spring Doily and she started it in green, but ran out of thread on her shuttle, so she did it again in green and yellow. The second time the long chains were tatted too tight as the chains were curling. So she did it again and then pinned it out and blocked it. when she tatted it again she paid special attention to the chains and it did come out neater and a wee bit smaller. You can see the 2 doilies together. The curling chains apparently are due to hubby not moving the doily and the candle stand when dusting. 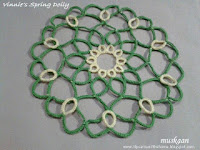 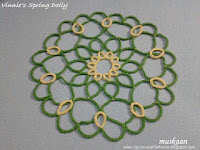 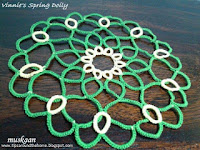 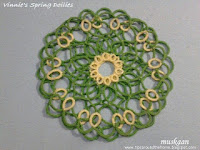 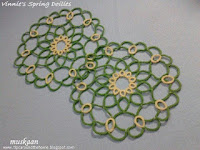 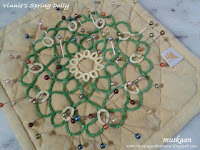 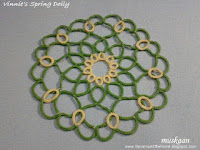 HisKid is about half way through this round of her doily and circumstances are going to make it hard to continue to work on her doily in secret. 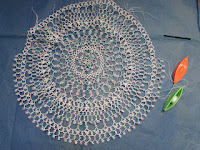 Wanda wanted a dragonfly to decorate a card for her Mom who likes dragonflies and she came up with this design.