Sarah tatted a modified version of "Anne" from Jennifer Williams' new book "Tatted Snowflakes" and she was surprised at how small it was in comparison to a quarter tatted in size 20 thread.

Batty Tatter has been taking painting classes to make backgrounds for her tatting like this white stallion. She finished her TIAS bunny, which started out blue, but it got messed up and she made it again in white. 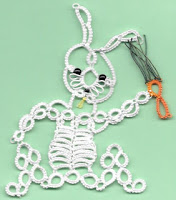 Melanie finished another stripe on her flag. She finished her TIAS bunny and in trimming the whiskers clipped the thread holding the bead, so she did it again in pink with smaller beads. She tatted Julehjerter by Anne Bruvold and plans to tat several to make a basket. 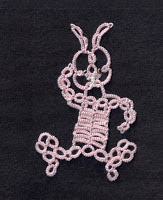 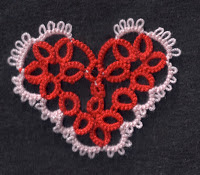 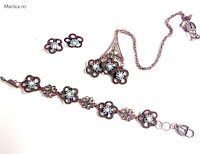 Sue nearly has her TIAS done. Here he is Harvey Campbell, her finished TIAS. 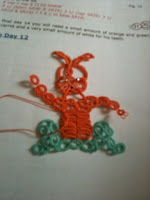 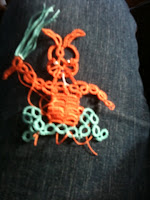 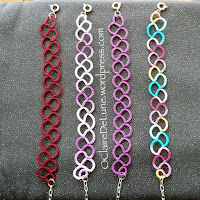 Diane made the Tat Chat Heart pattern by LaRae Mikulecky which she thinks would look better in a solid colour, but Angel's Love #151 was right by her chair, so that's what she used. The center section of her Primrose Path doily is finished. This is the middle section completed. The final round is started. Another Spinning Wheel glass mat is done, this one in size 20 Lizbeth Twirlz, Blaze #409. She's working the Primrose Path doily, by Mary Konior from A Pattern Book of Tatting in size 20 Lizbeth, Angel's Love and Wedgewood DK. 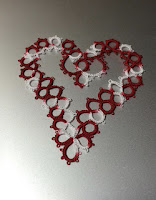 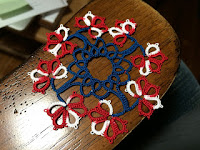 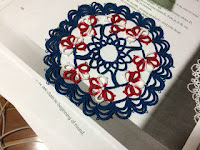 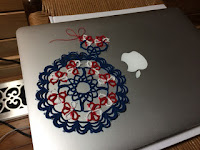 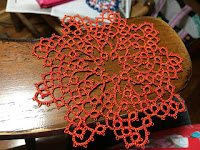 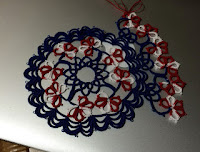 Julie has Day 12 of her TIAS done and all the bits are connected. 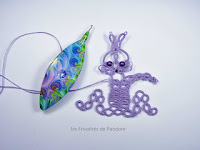 Laurette worked this triangle motif from Tatting, A Potpourri of Patterns, with 5 individual motifs joined together done in size 100.  The pattern required different lengths of bare thread depending on if you are working on a side or corner. Lace #9 from Tatted Handkerchiefs by Kirstine Nikolajsen and Inga Nikolajsen is an edging she tatted in size 80 DMC. 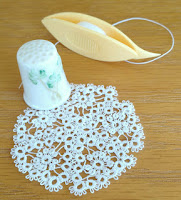 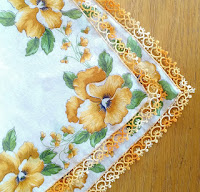 Marie needed to empty a shuttle so she created this little wreath. Then she added more bling for a little pop. 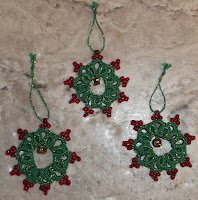 Muskaan started Wally Sousa's 2016 Birthday Motif, but abandoned it in favour of deeper colours. She joined a Year Long Snowflake Tat-Along on Craftree where they are using Lene Bjorn’s book , 24 Snowflakes in Tatting, to tat two each month. To keep with in her flower theme she used a dark coloured thread on the inner chain to create a flower outline. 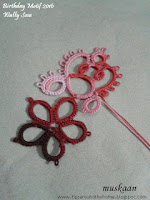 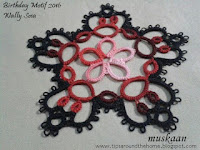 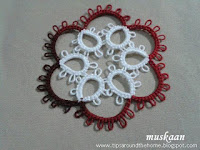 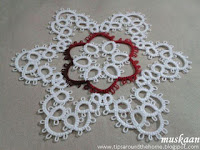 Phyllis finished the rabbit for Jane's 2016 TIAS and didn't realize until almost finished that he was born with a foot defect and one ear is a little wonky. 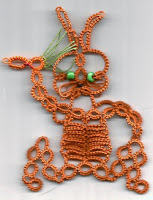 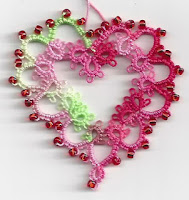 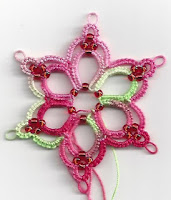 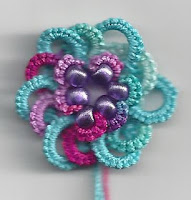 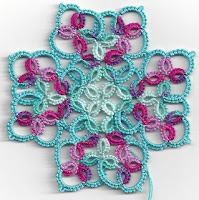 Wanda has made it to day 9 of TIAS. 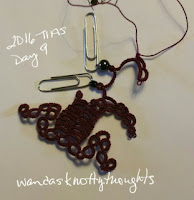