mb duke is using Omega thread size 50 in a colour called "Natural" which looks like unbleached cotton, white, but not bright white to tat Renulek's Wiosna 2015. 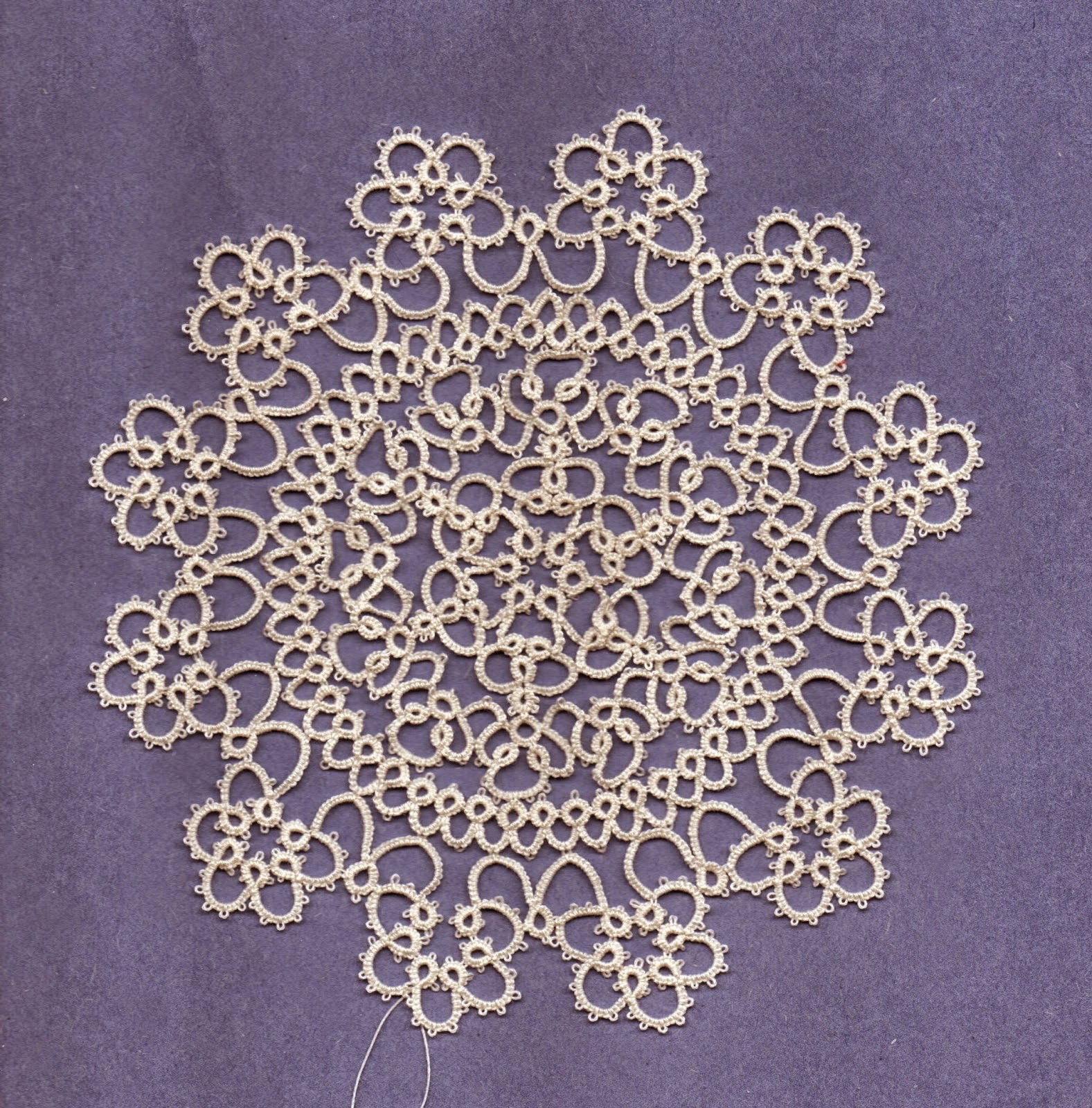 Diane is one third of the way around the Jan Stawasz doily that she is calling Masterpiece, although others have called it Monster. It's a monstrous amount of work, but in the end it's a masterpiece of lace. She finished the last two flowers on Renulek's Spring Doily and is ready for the next round. She had a hard time staying focused, so it was good that she could work on both of her doilies and she's enjoying working Renulek's doily in multiple colours. The Masterpiece doily is almost half way through the round. 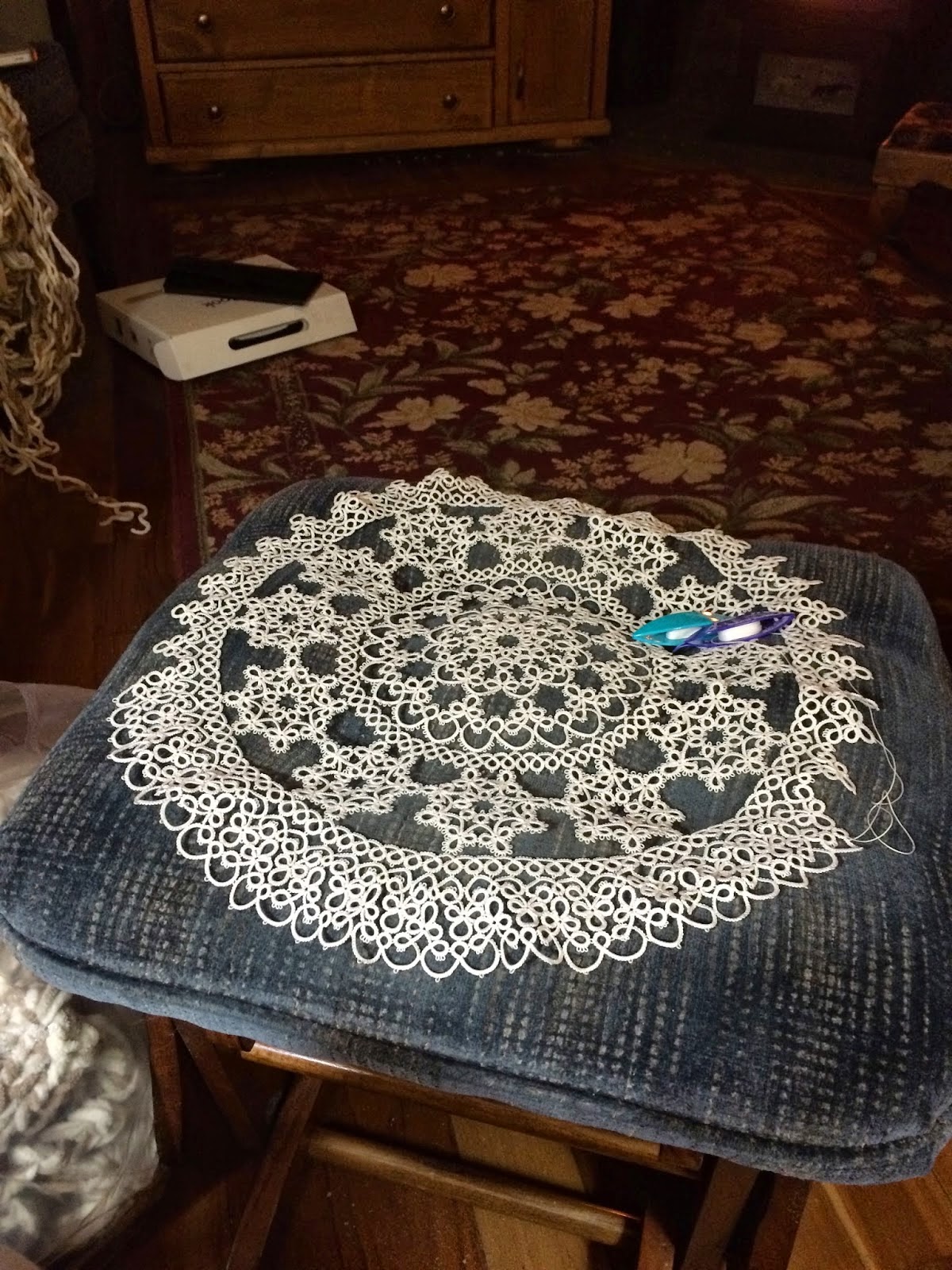 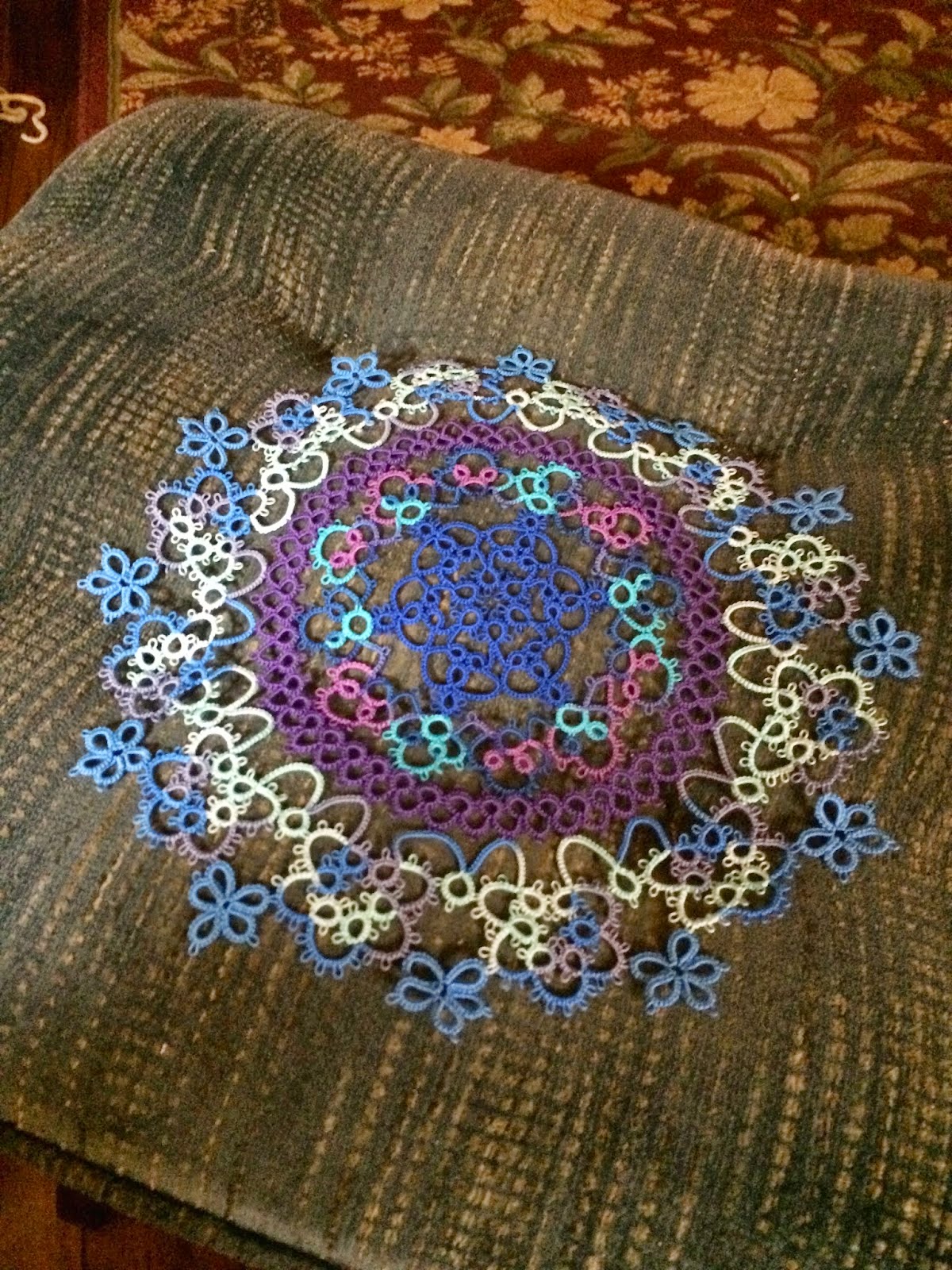 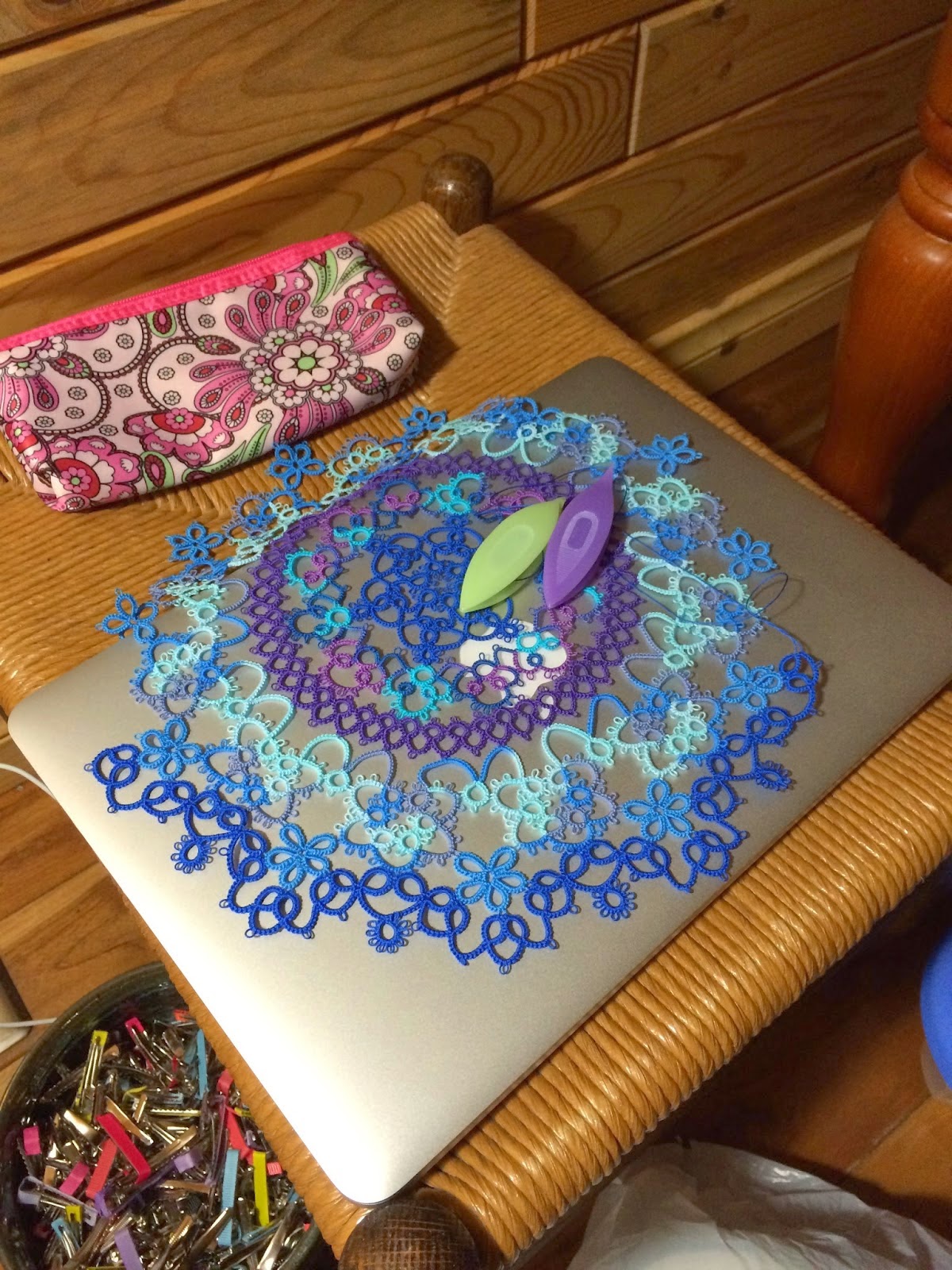 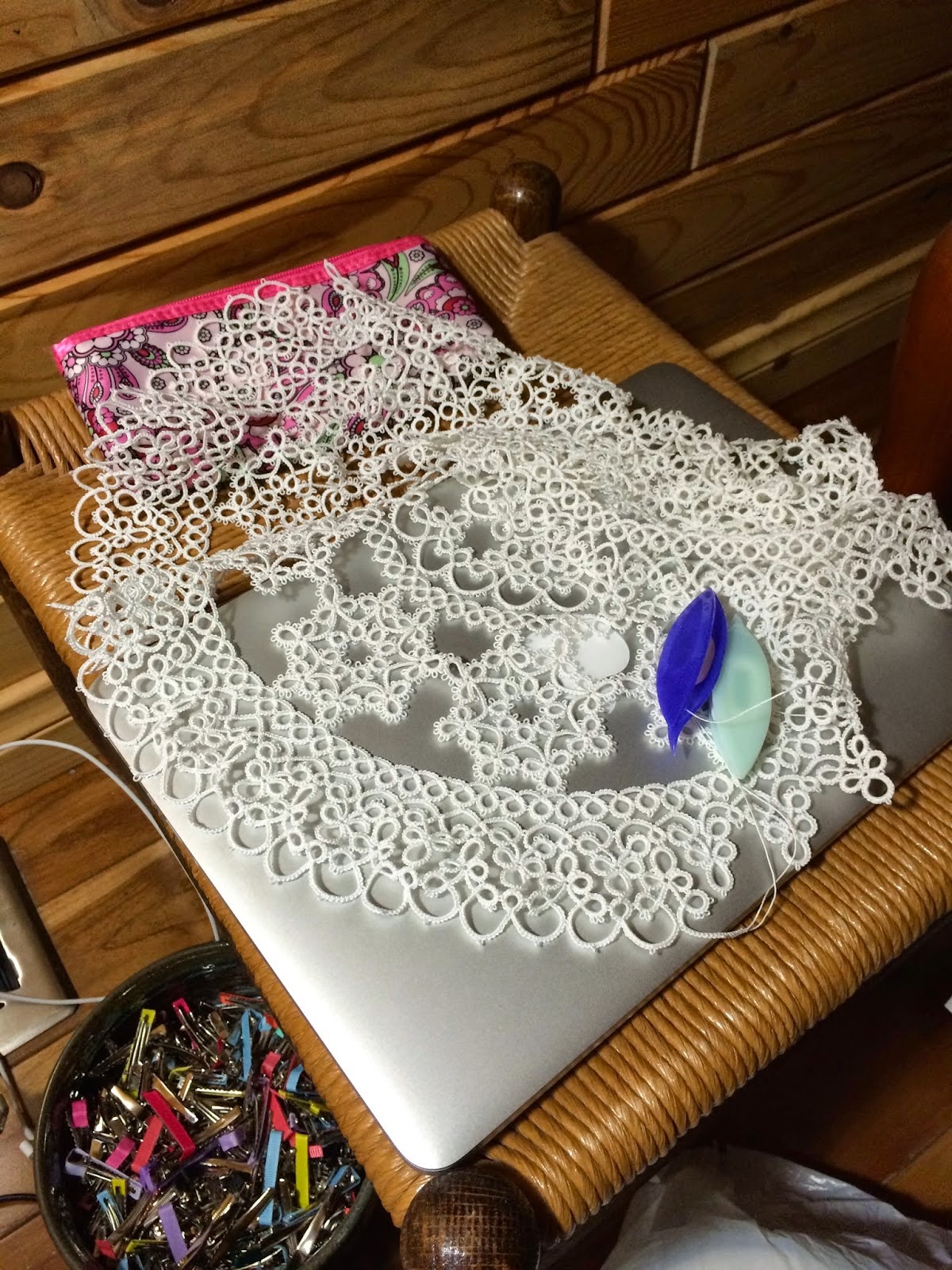 Fox managed to mangle one of Karey Solomon's patterns from her First Quarter 2015 subscription. The heart was easy and tiny, but with the larger piece, she had some problems joining to the wrong picot every time, so could not advance to the final few rows. Dyslexia must be a torment. She's hoping to get this week's instalment of Renata's Spring Doily finished. 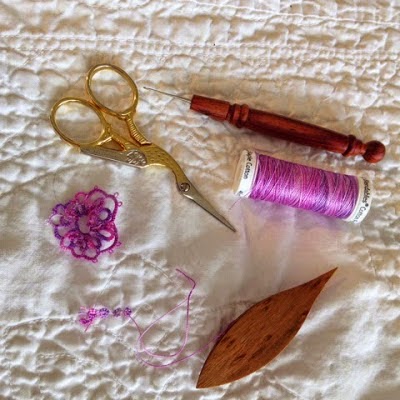 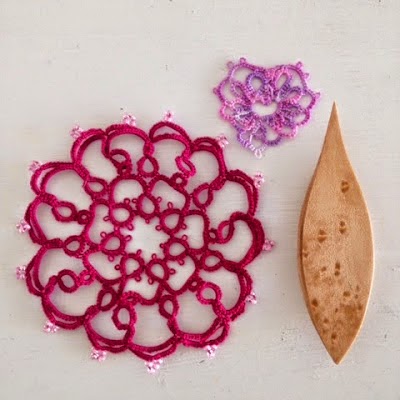 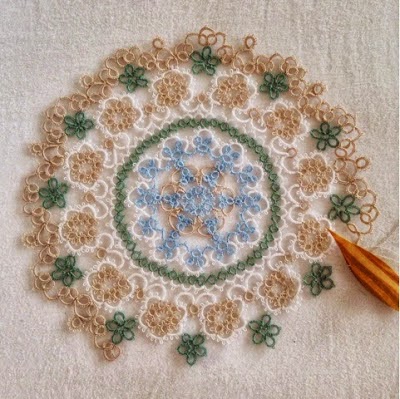 Margaret tatted this daffodil from the pattern by Jennifer Williams, in Lizbeth thread no 20 Pineapple Parfait. 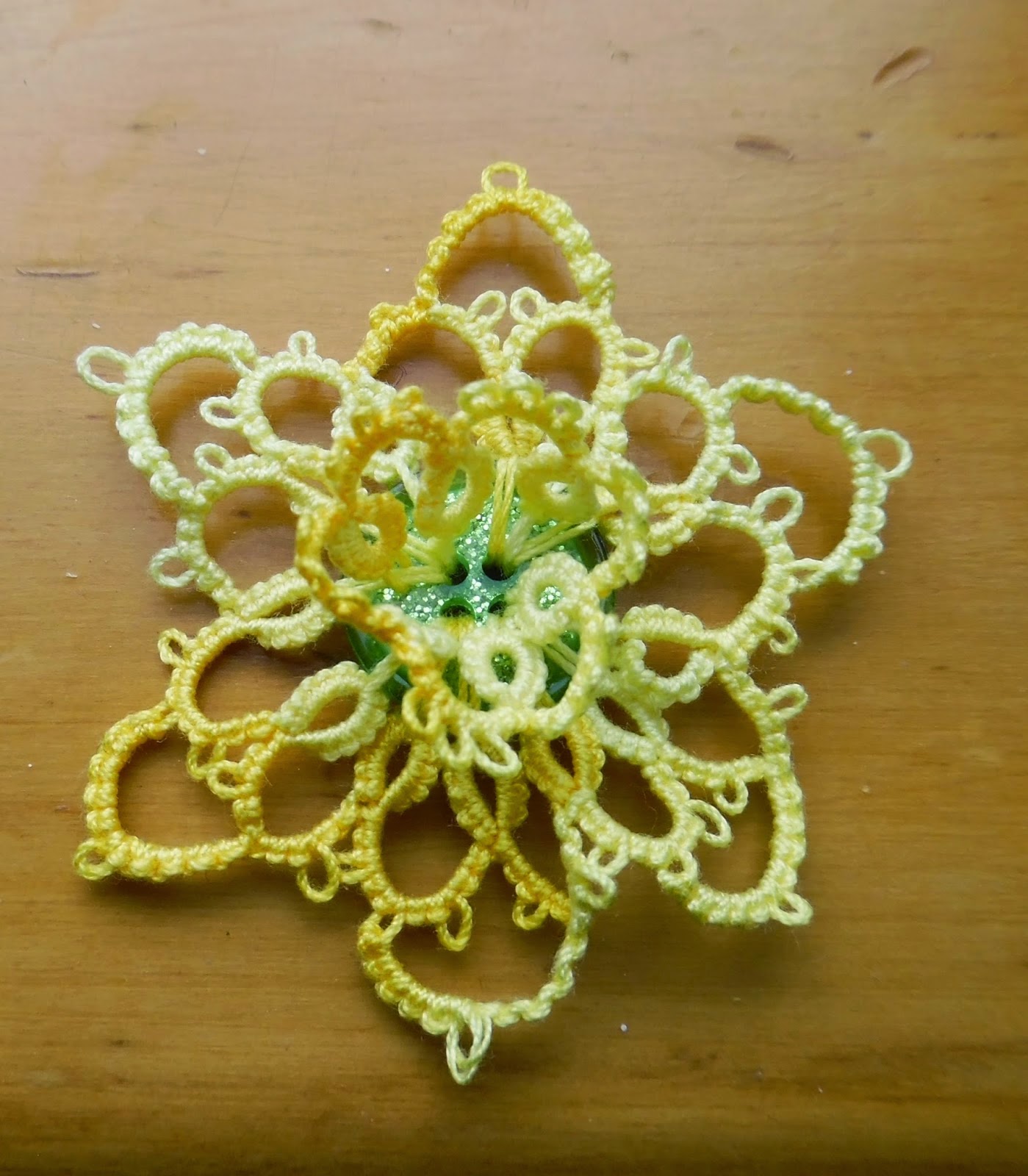 Muskaan is experimenting with inverted tatting. She started off by playing with Judith Connors’ exquisite 3-D flowers & compositions, but part way through discovered that there were some techniques she needed to acquire first. A year later she revisited it and managed some creditable results. 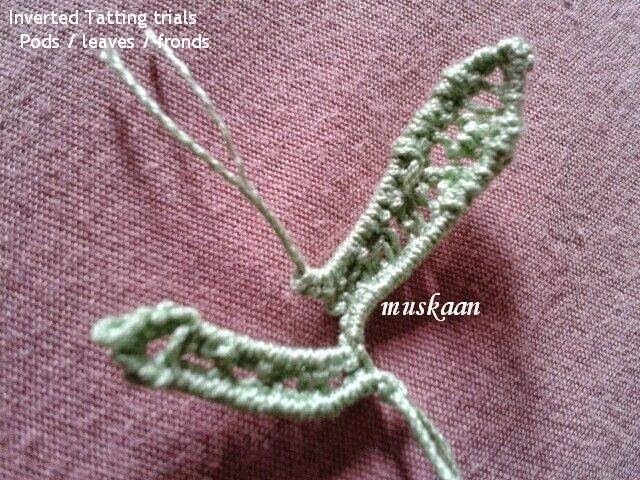 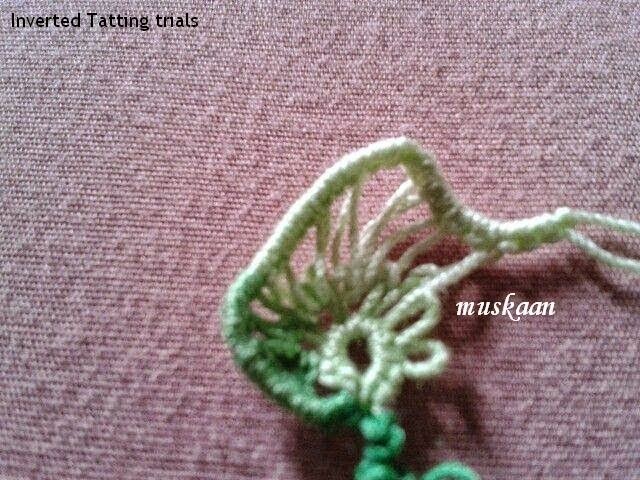 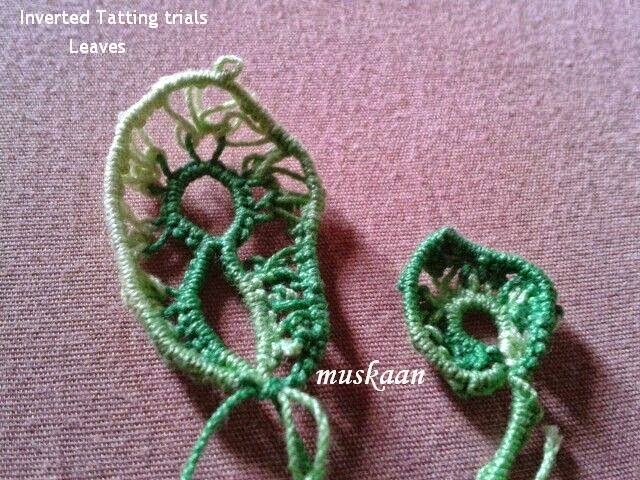 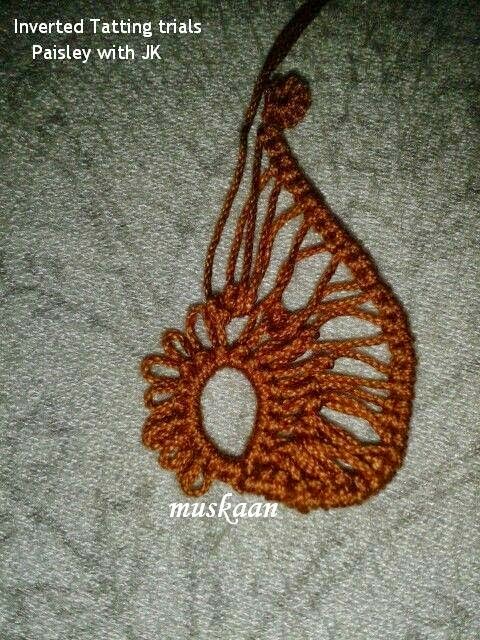 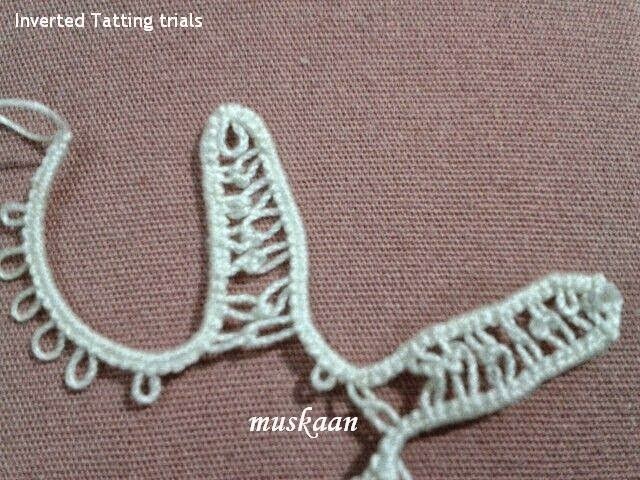 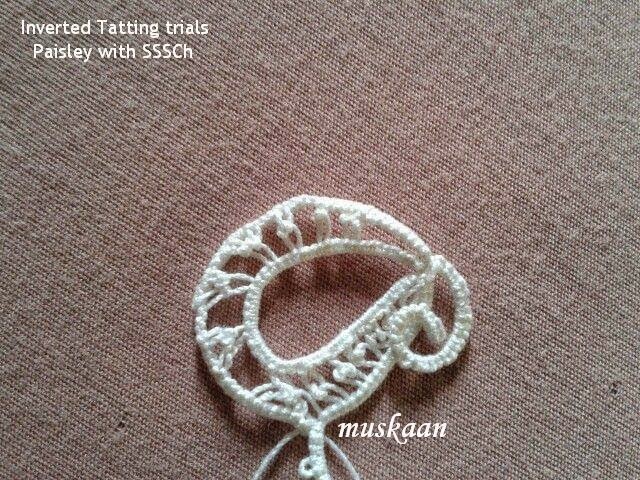 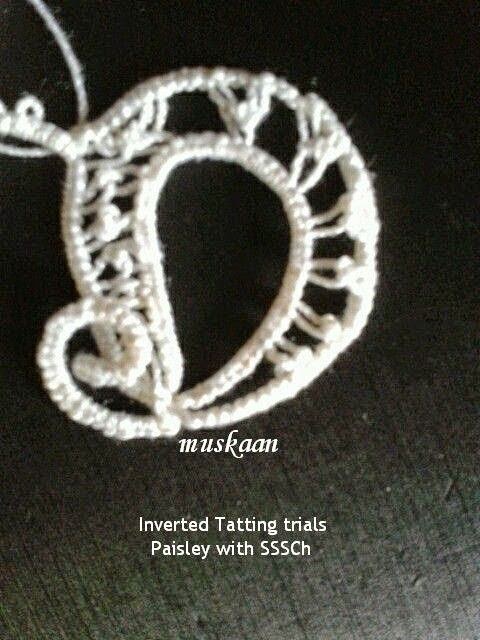 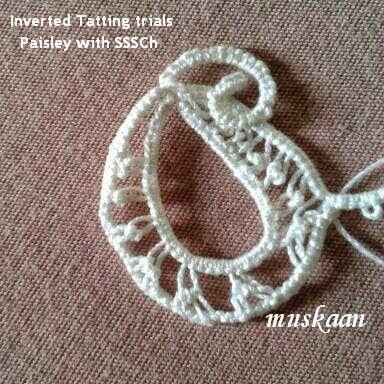 Phyllis is back working on her Jan Stawasz "Monster" Doily, on row 8, with only 10 more rows to go. She also did a tel awareness ribbon, in colour Jade from Aunt Lydia, size 10. The variegated rose color thread is from Yarnplayer, size 20 called Peaches 'n Onions making the toffee candy pattern from Tat Days 2014. 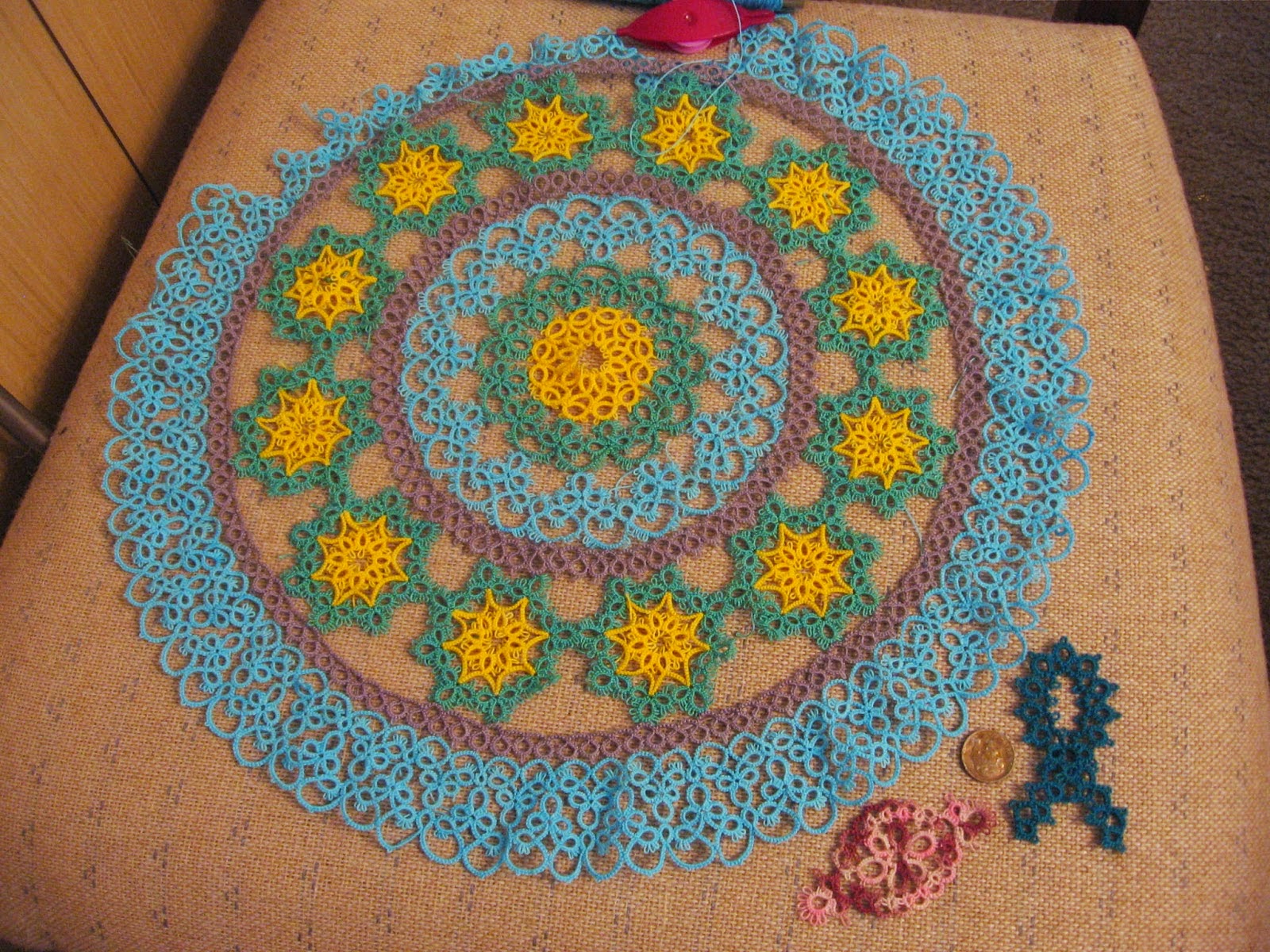 Sue had to take a friend in for some medical tests that left her doing some tatting and some demonstrating so she has round 10 done on Renulek's 2014 Spring Doily. 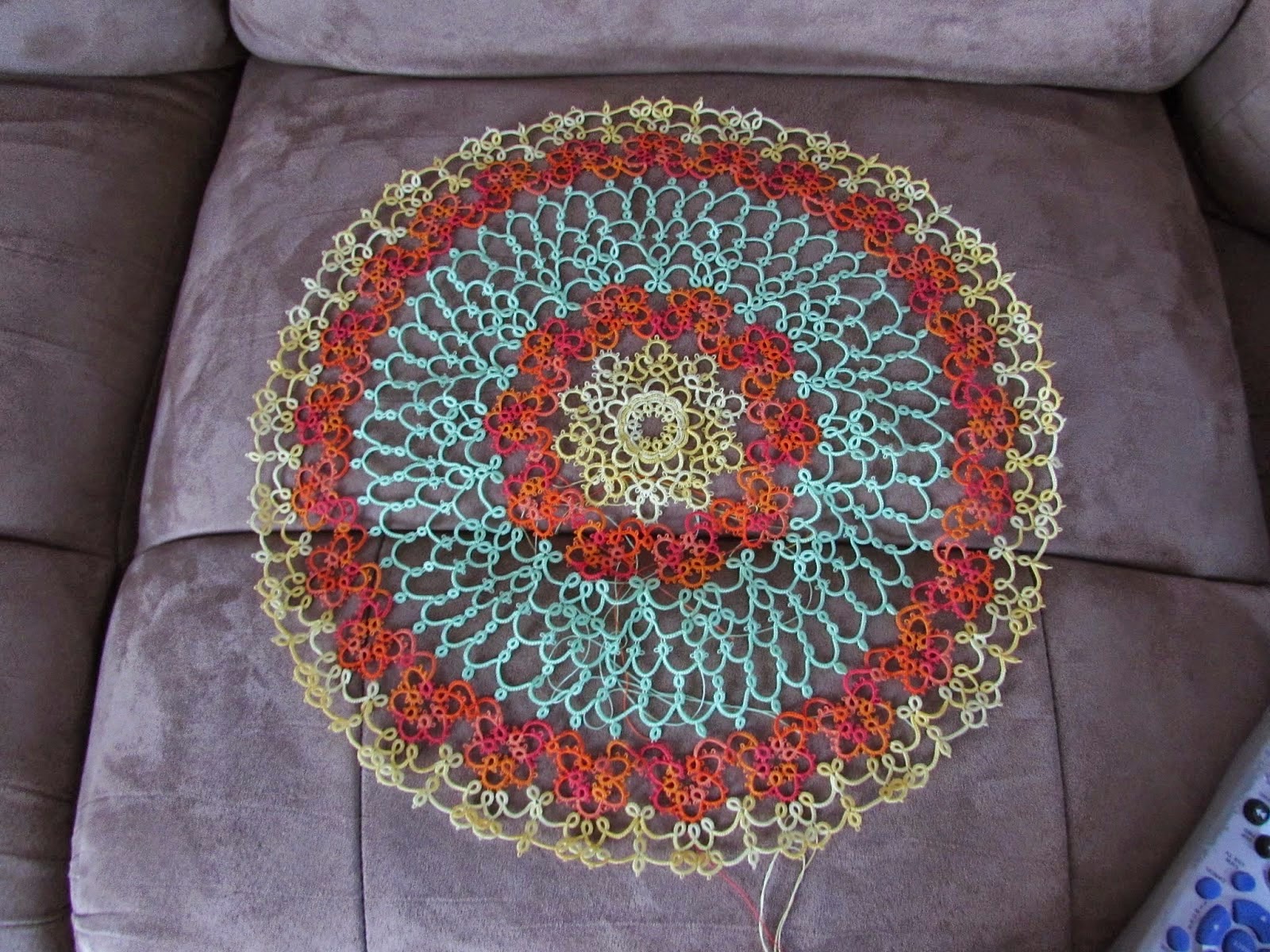 Wanda tatted the Colonial Lady applique from Aunt Ellen's Tatting Handbook but it was originally in one of the Workbasket magazines. There are several resources on the internet for finding old patterns like those in the Workbaskets that Wanda has listed. 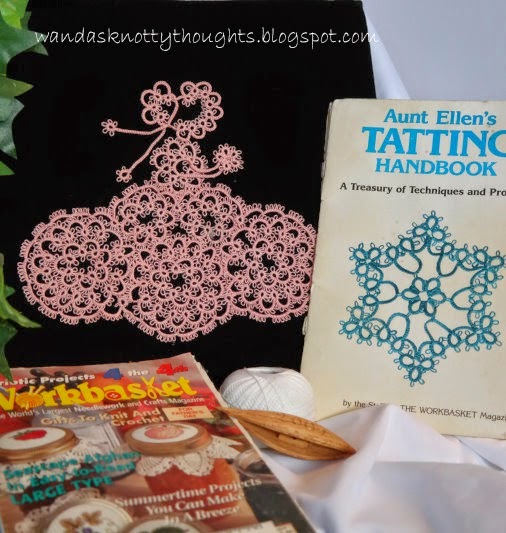