Julie worked from the French version of Accessoires en Frivolité by Takako Peikko Kitano to make this design in DMC size 20, although the book recommends the designs be done in finer threads. 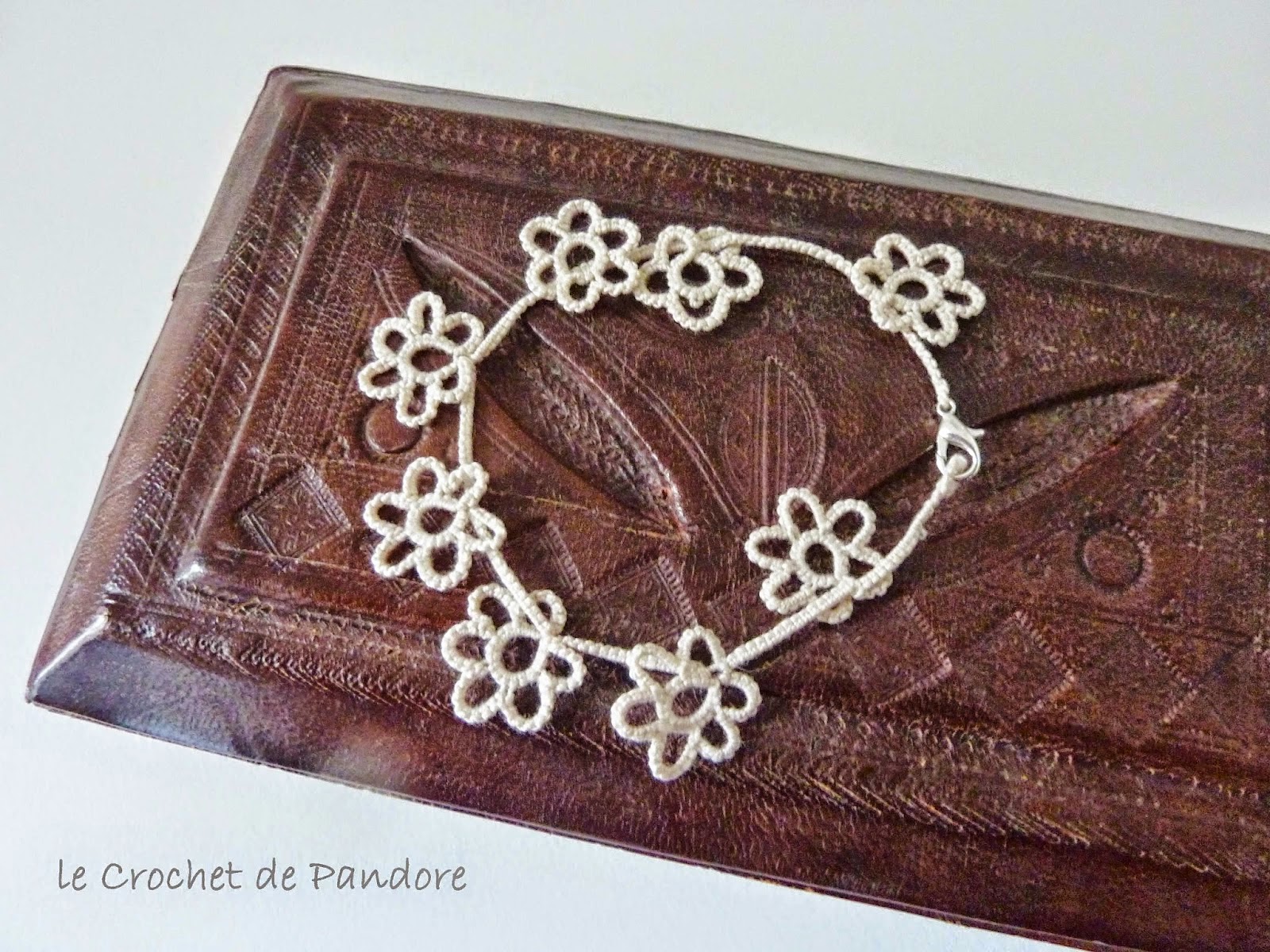 Cindy is about half way through round 7 on Renulek's Wiosna 2015 doily at this point. Here is round 7 finished. 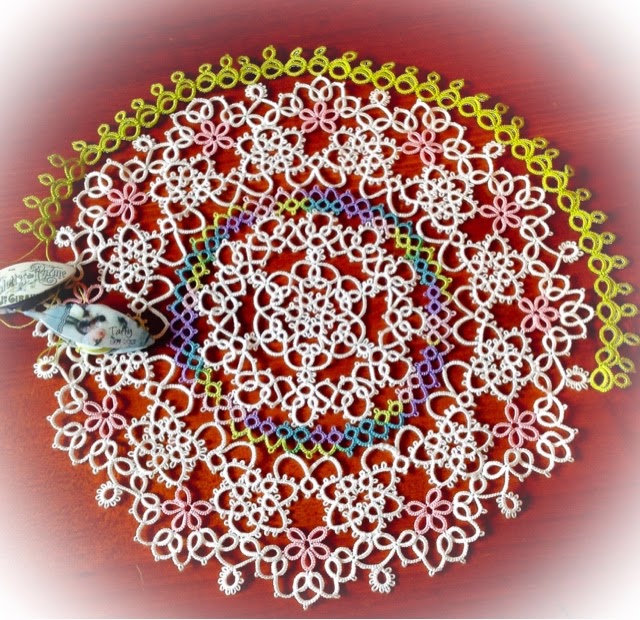 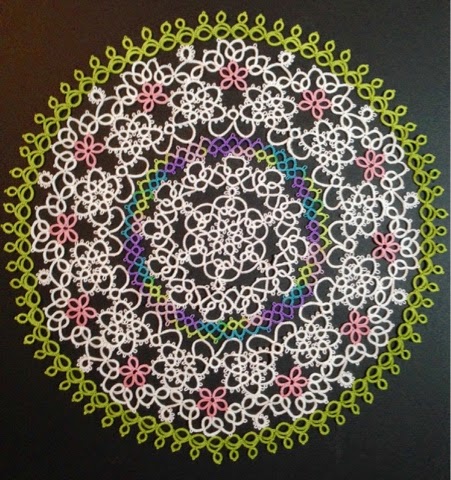 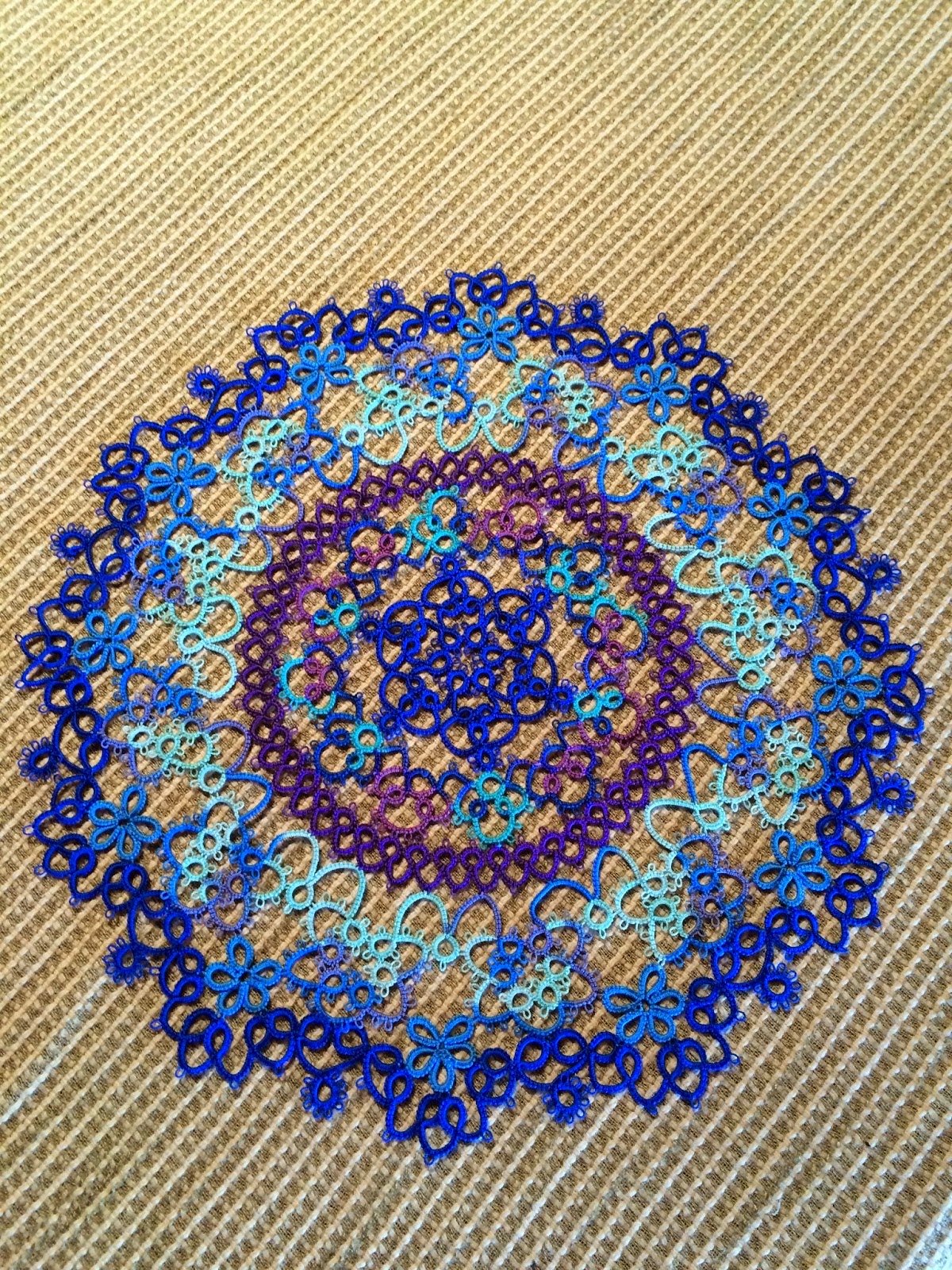 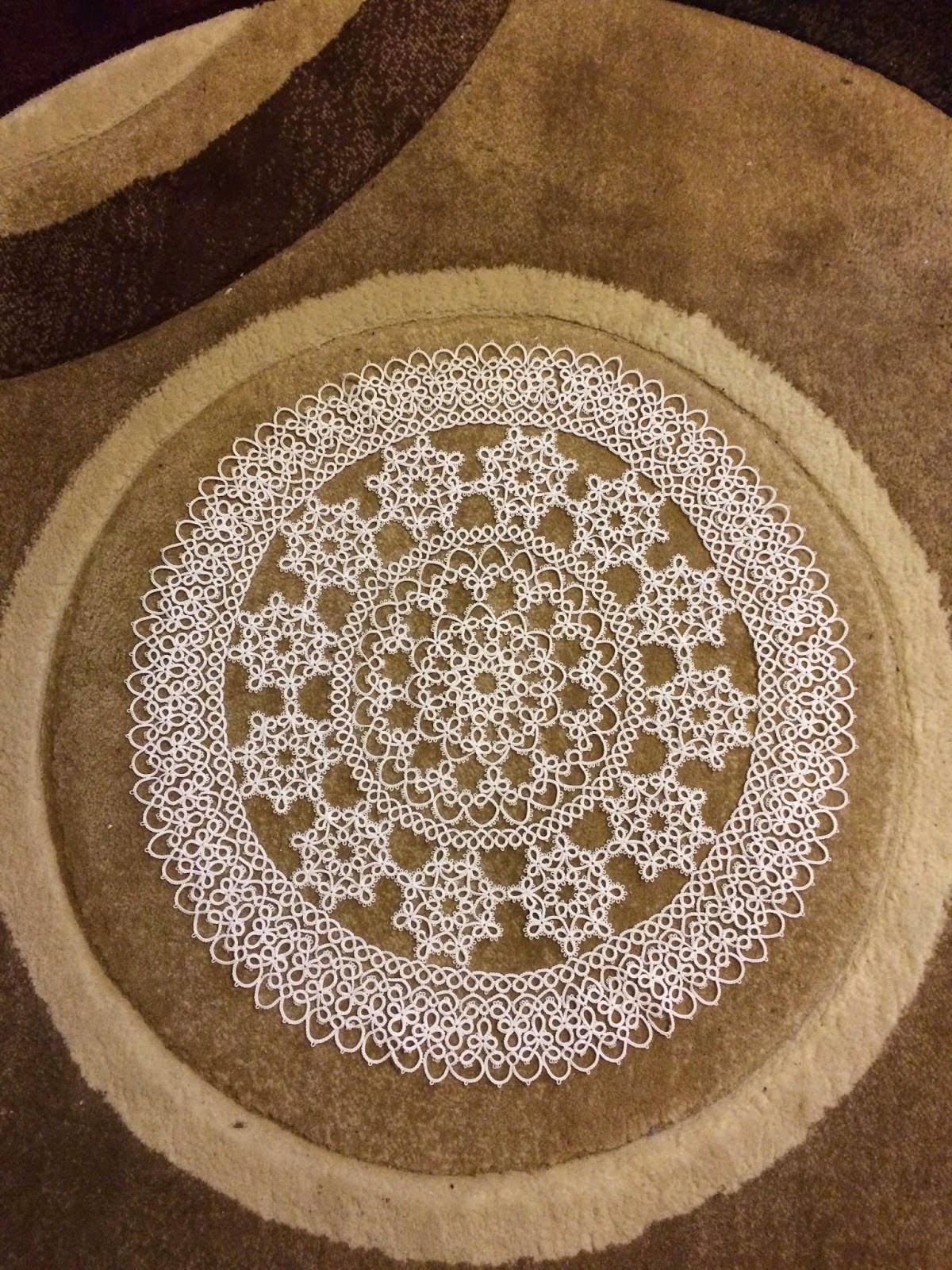 Fox has round 8 of Renulek's doily done and has just realized that the colours she has chosen are the same as a little print she has. She spent a lot of time debating which thread to use for the Corona Doily and this #80 Lizbeth is behaving nicely, so far. 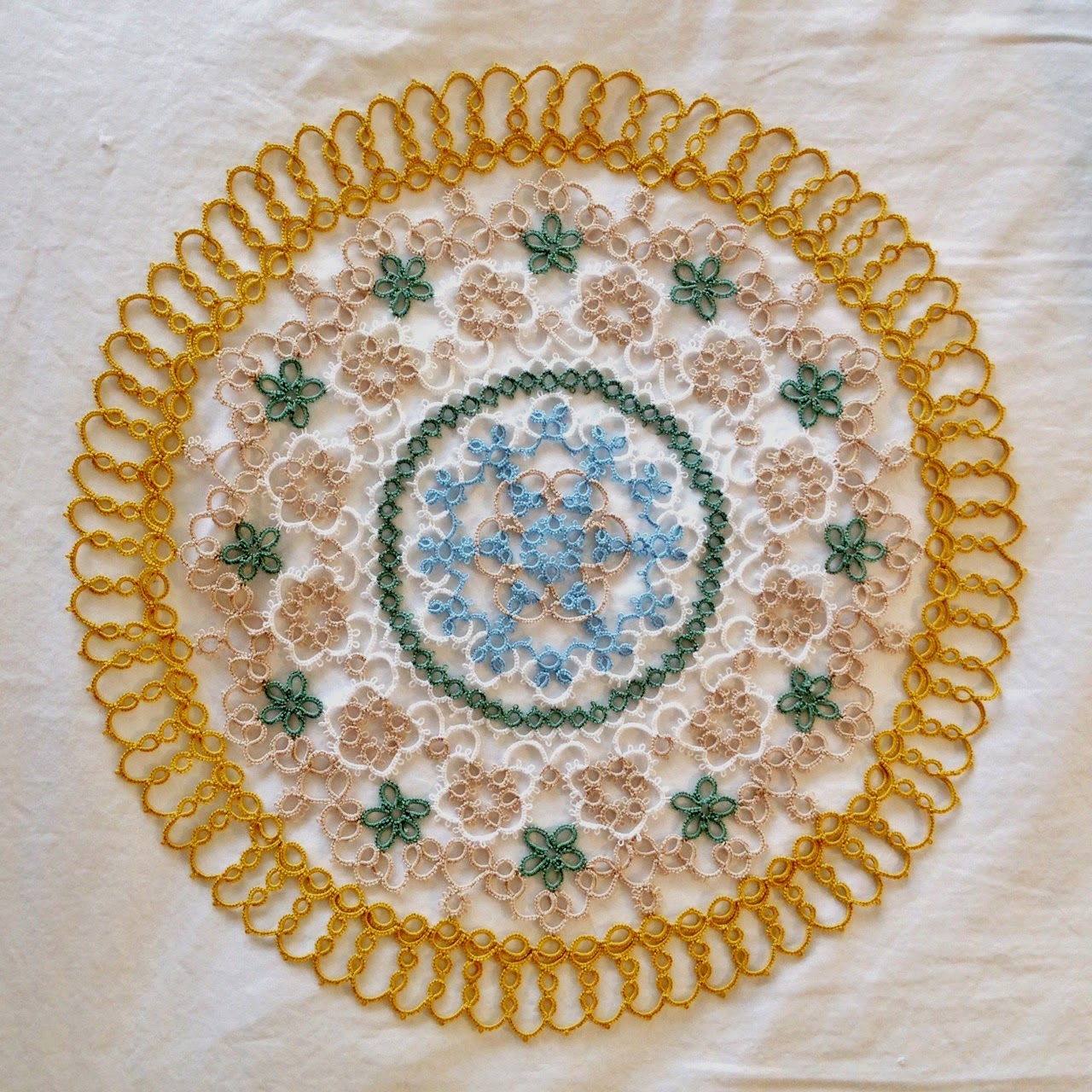 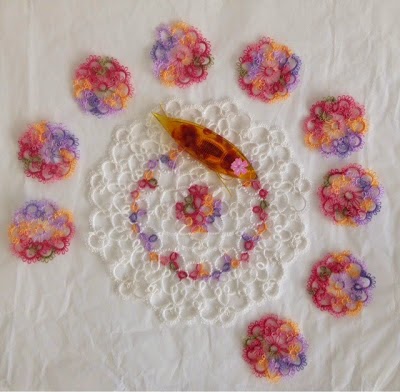 Kristen has been busy, which doesn't leave much tatting time, but she did manage a shamrock for St Paddy's day. 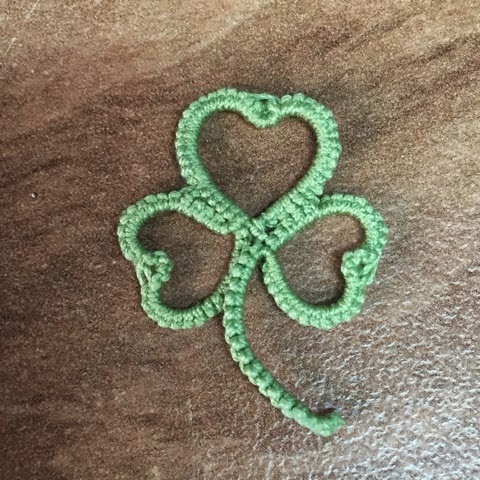 Marie tatted Wanda's Graduation Cross that finished off another 25 for her challenge. The mountain blue bird is Idaho's state bird and she tatted this one from "Tatted Animals," by Inga Madsen in size 30 thread. The butterfly is another design from Inga's book that she tatted in size 20 thread. 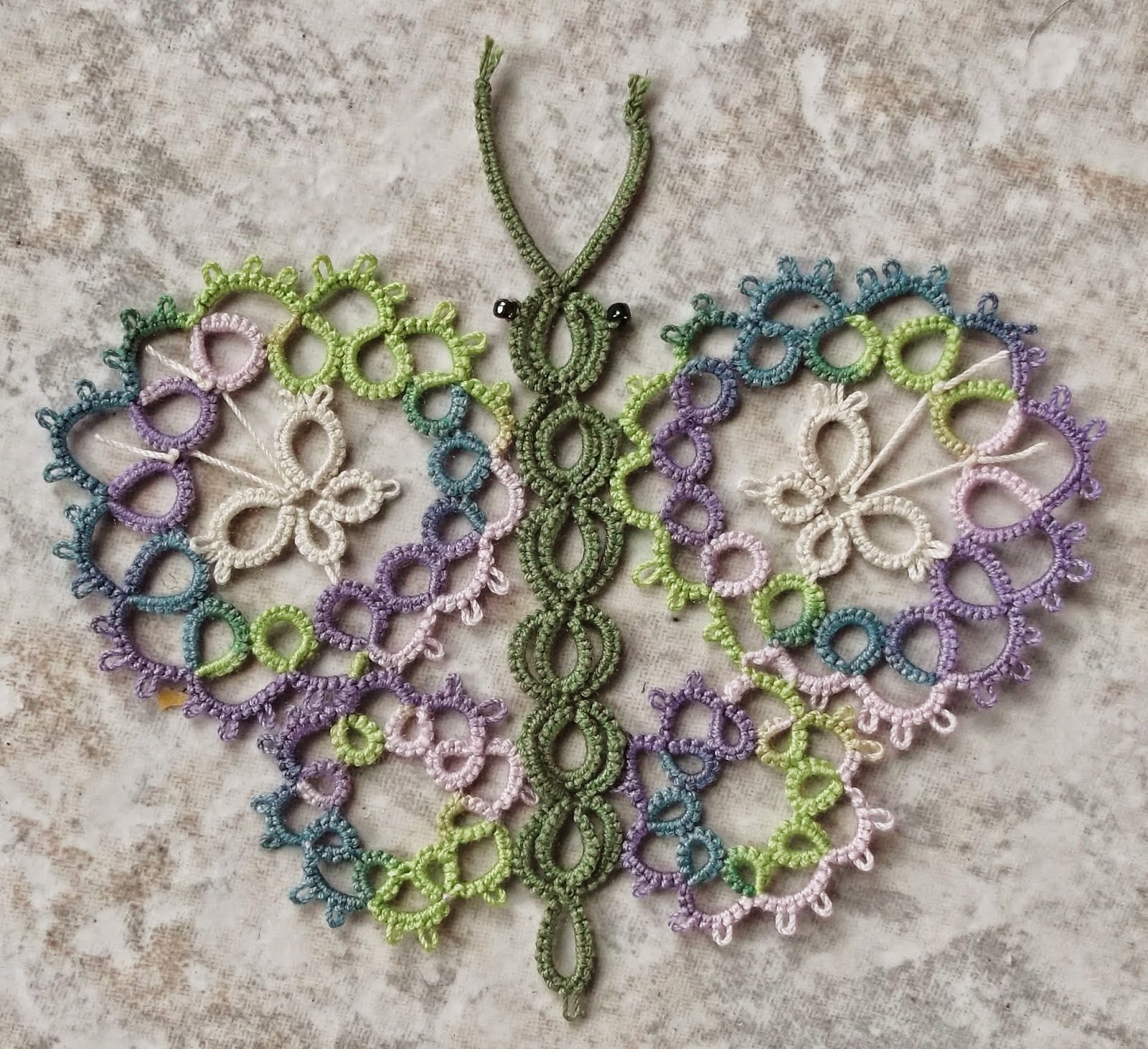 Muskaan is working on Renulek’s Wiosna Doily 2015 and using some techniques she learned. She's been using an assortment of tricks for hiding ends. Tiny picots helped to anchor adjoining elements. Working the flowers separately, gave her the added advantage of being able to easily use SSSR to finish off the flowers. When she ran out of thread, she used a weaver's knot to giver her enough thread to work with and made a SCMR instead of a normal ring. 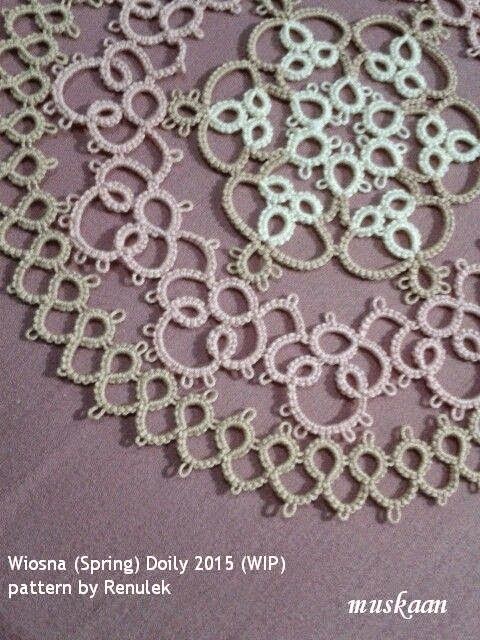 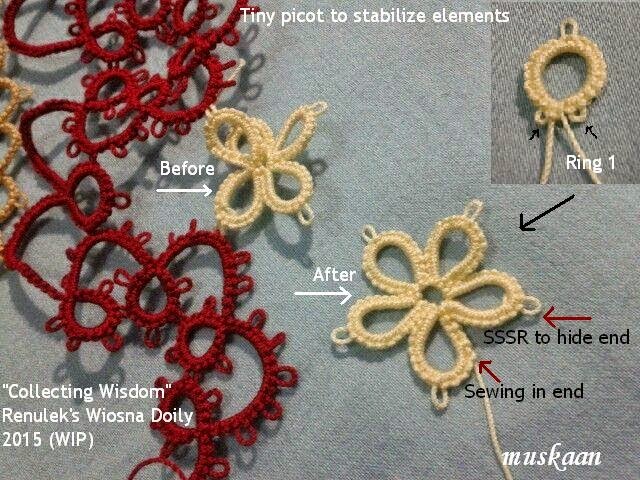 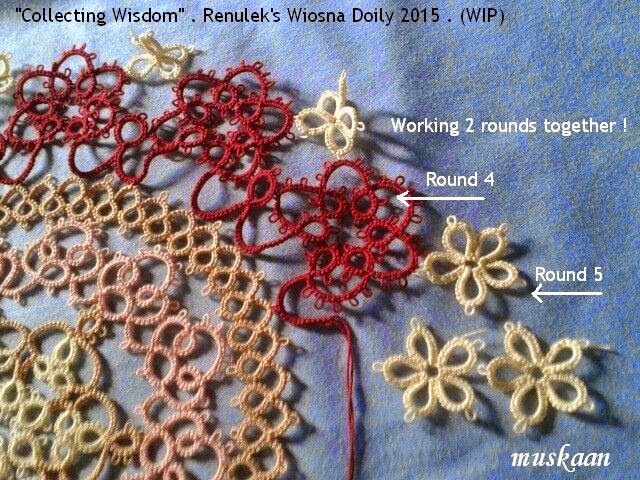 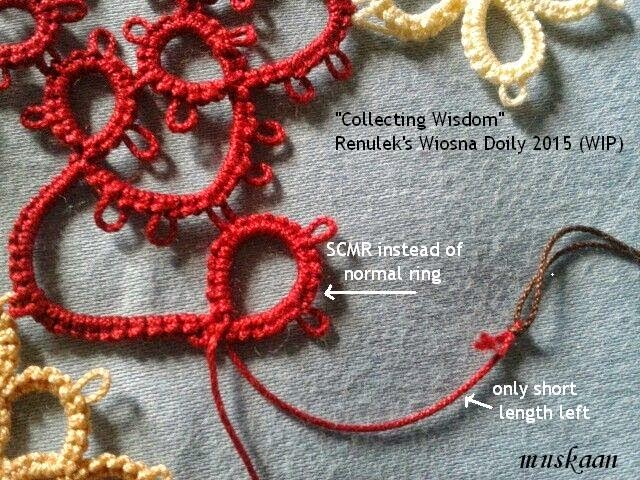 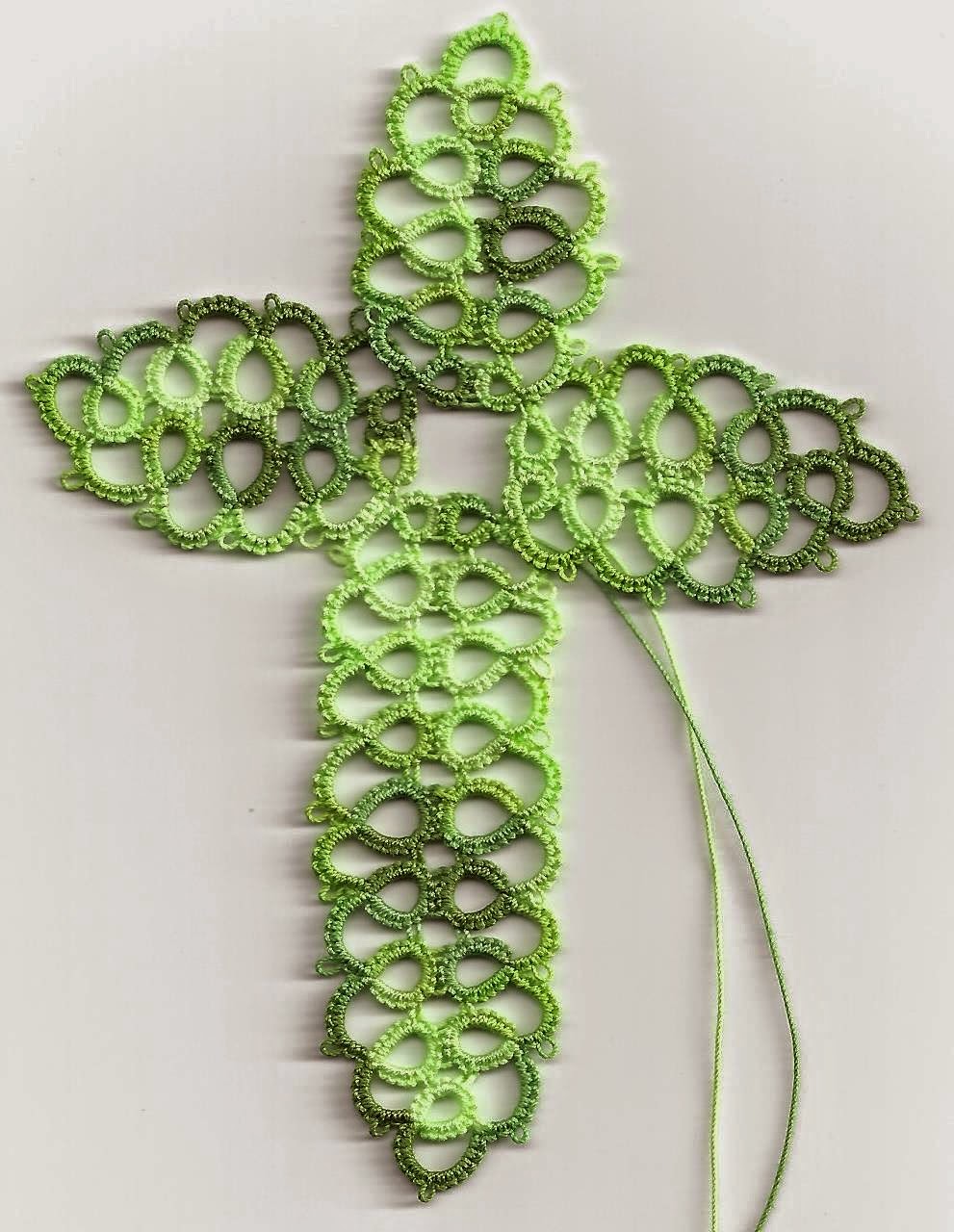 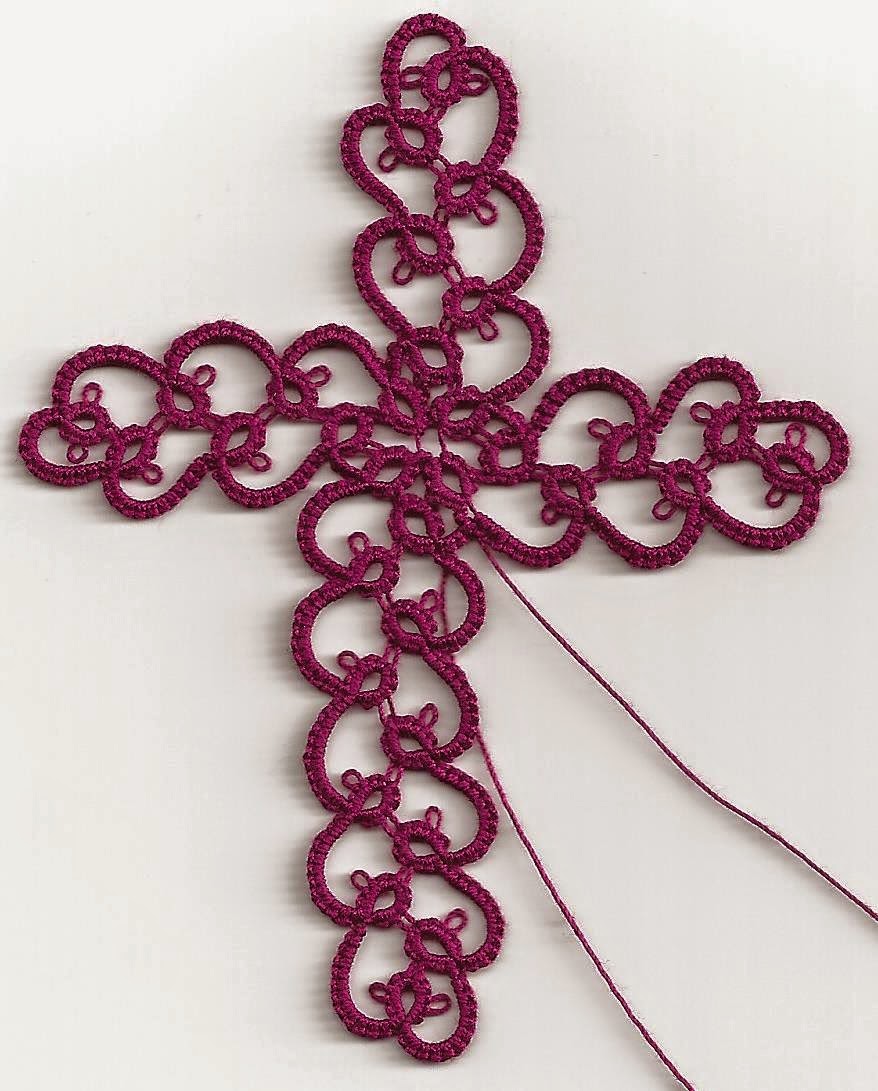 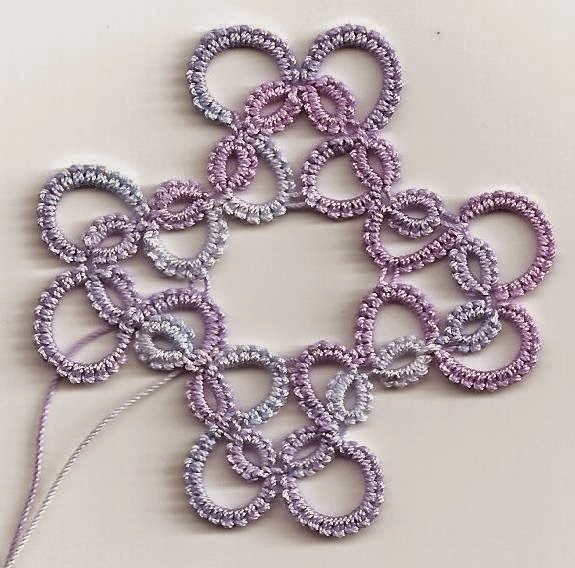 Wanda has finished the pattern for her Emma edging and added it to her pattern page. She has posted her Happy St Patrick's day picture of a tatted doily portrayed with green ivy.