Manisha has finished her first ever doily which took her a long time to complete, since she ran out of thread and tinkered with the last row. 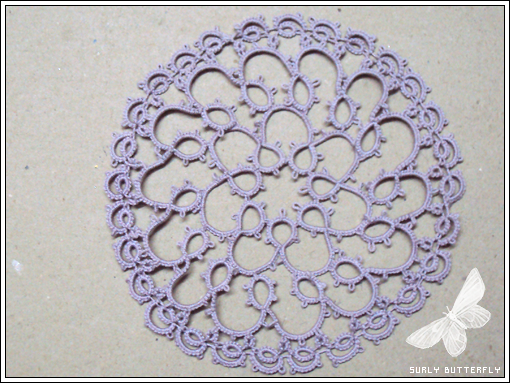 Muskaan used size 20 Anchor Mercer Black thread for tatting this edging she calls Dancing clovers, which was used to decorate the collar of a caftan. 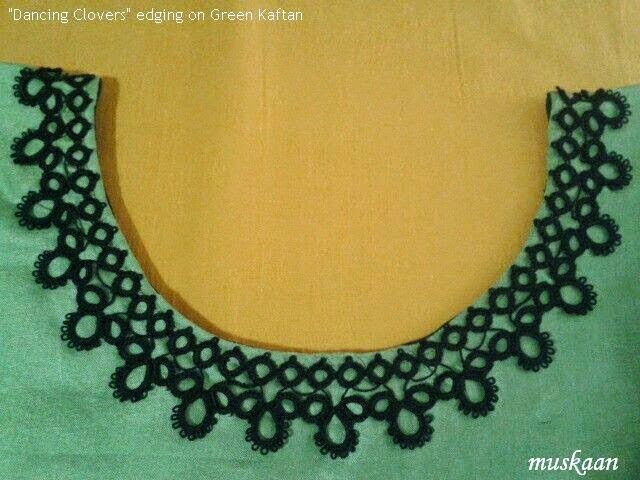 Lilas used the same pattern as one done previously in a very dramatic black making a very Goth and very sexy bracelet. 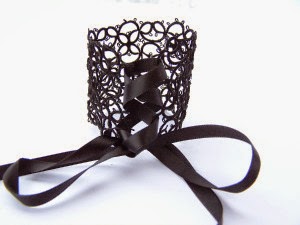 Fox hit yet another snag on the Monster Doily, finding a mistake on row 15 that she didn't notice until she hit row 18 and it required some surgery to fix. She noticed that the 9-picot reverse rings in the final row didn't lay flat so she tatted 2 ds at the beginning and at the end she posted the shuttle, which solved the problem. 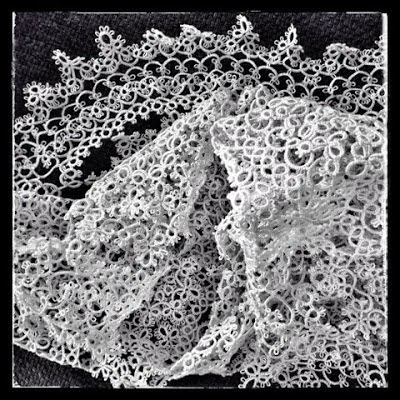 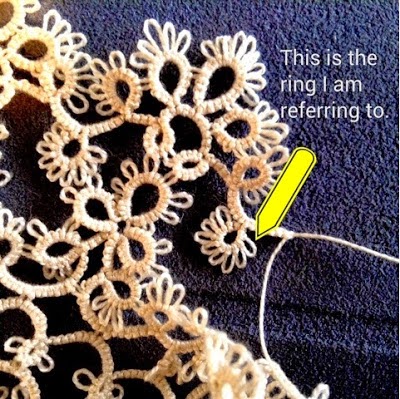 Kristen is working through 24 Snowflakes in Tatting by Lene Bjørn trying to do a book review and this is the 2nd of December. The 4th of December, in process, is another snowflake from the book which is soon to be packed away as she moves from Russia to Austraia. The 4th is finished, as well as the 3rd of December, which is a lovely fluffy snowflake. 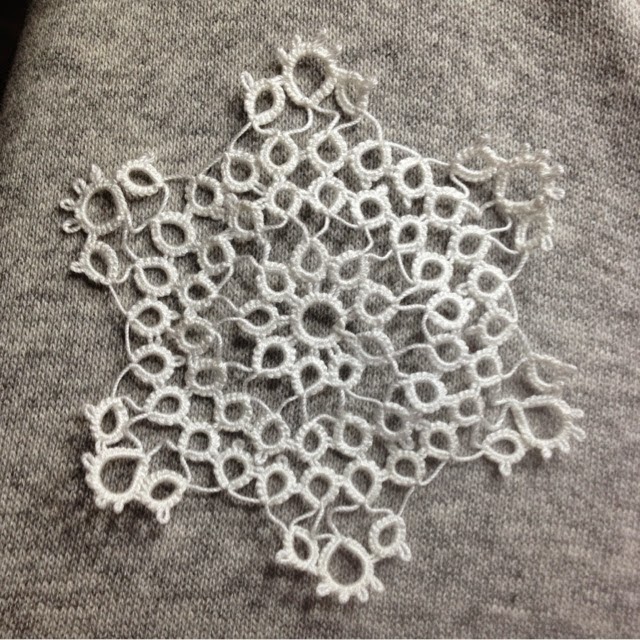 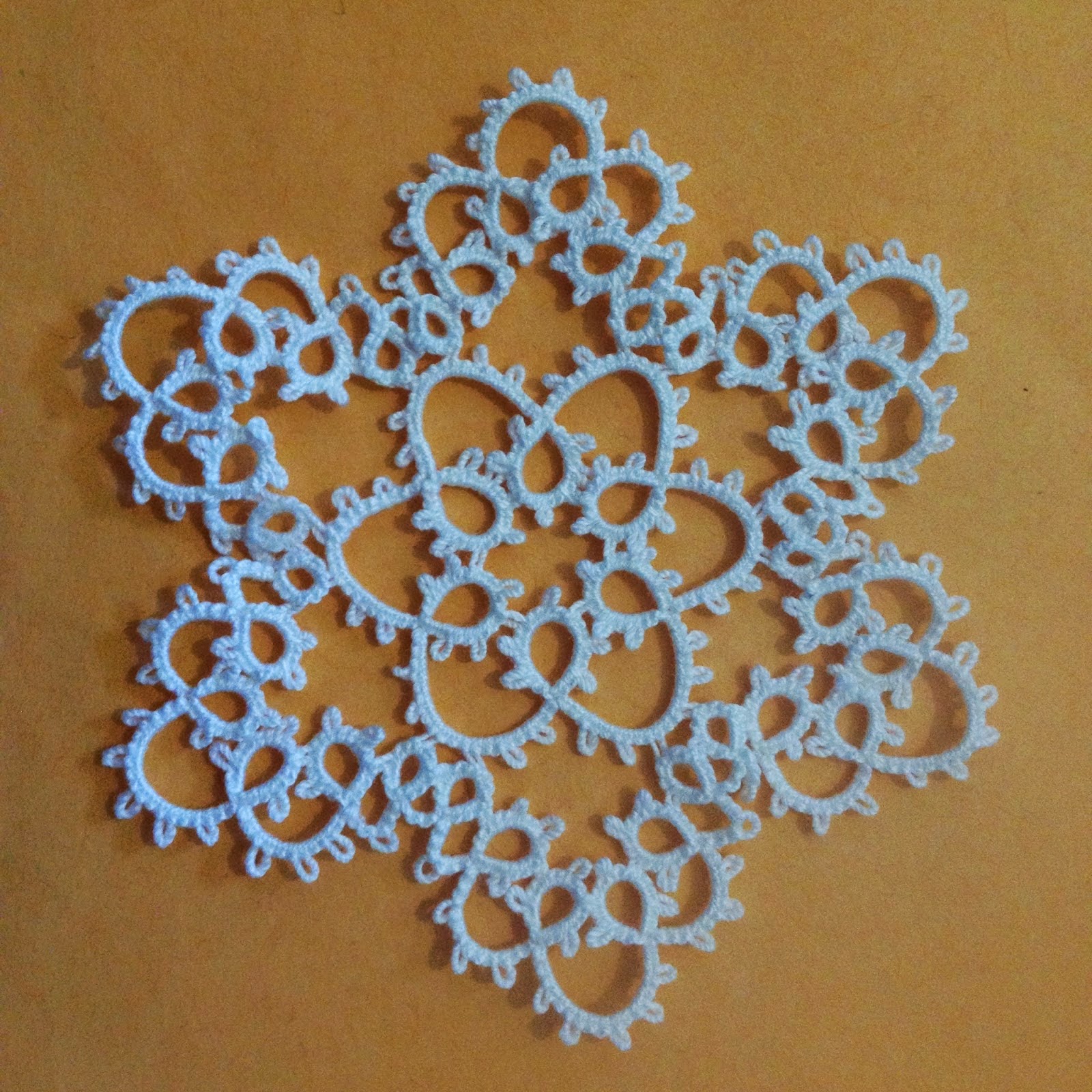 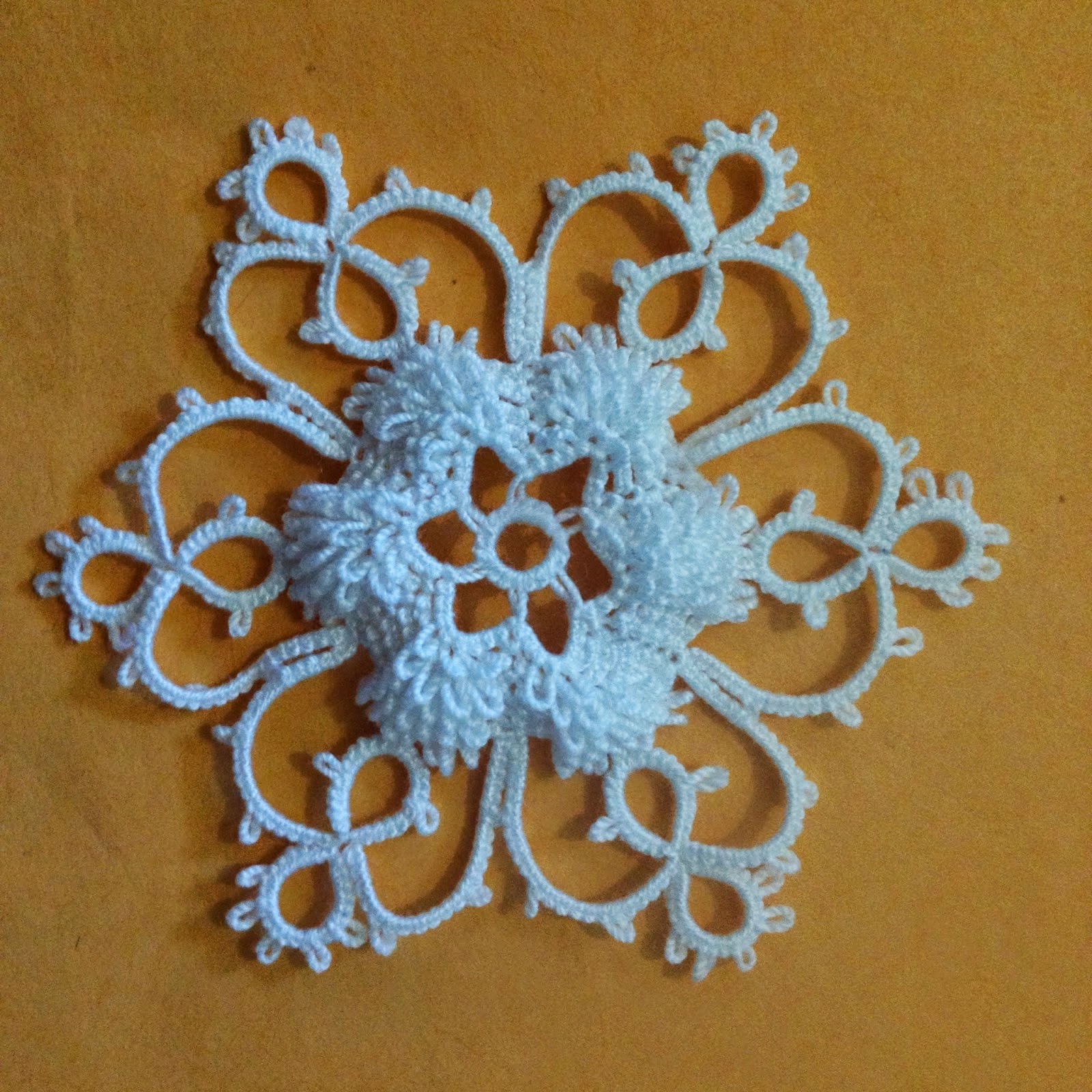 Marie tatted a cow to go with her calf from Tatting Farm Animals by Christel Weidmann, done with Lizbeth, size 20, Rootbeer Float. She received the finishing kit to make her tatted resin bezel into a pendant. her Christmas tree with it's tatted decorations has been put up. She tatted the Rooster from Tatted Farm Animals in Lizbeth, size 20, Falling Leaves. To round out her barn animals is a pink pig. Some tatted leaves done in Falling Leaves to finish off thread on the shuttles. 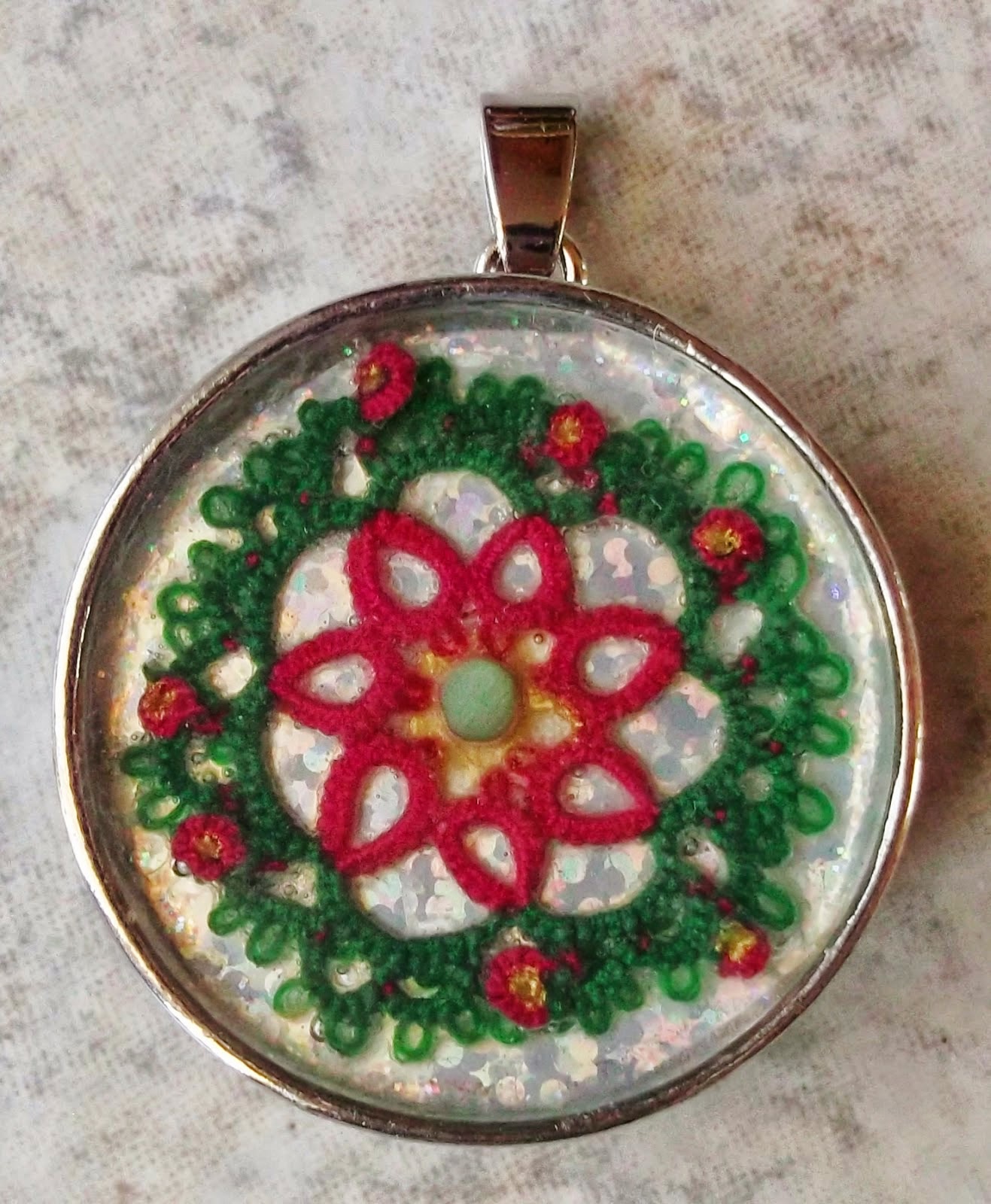 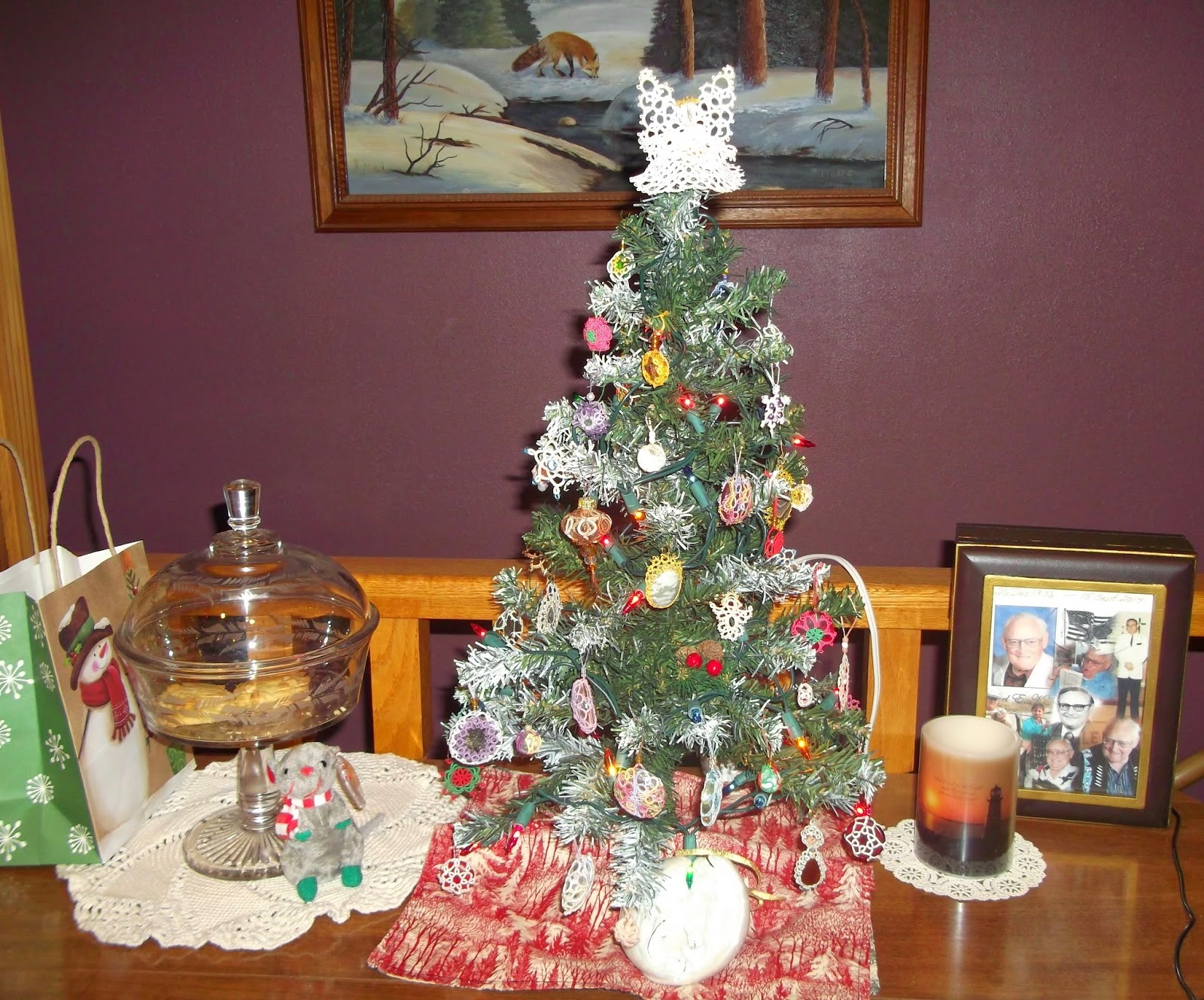 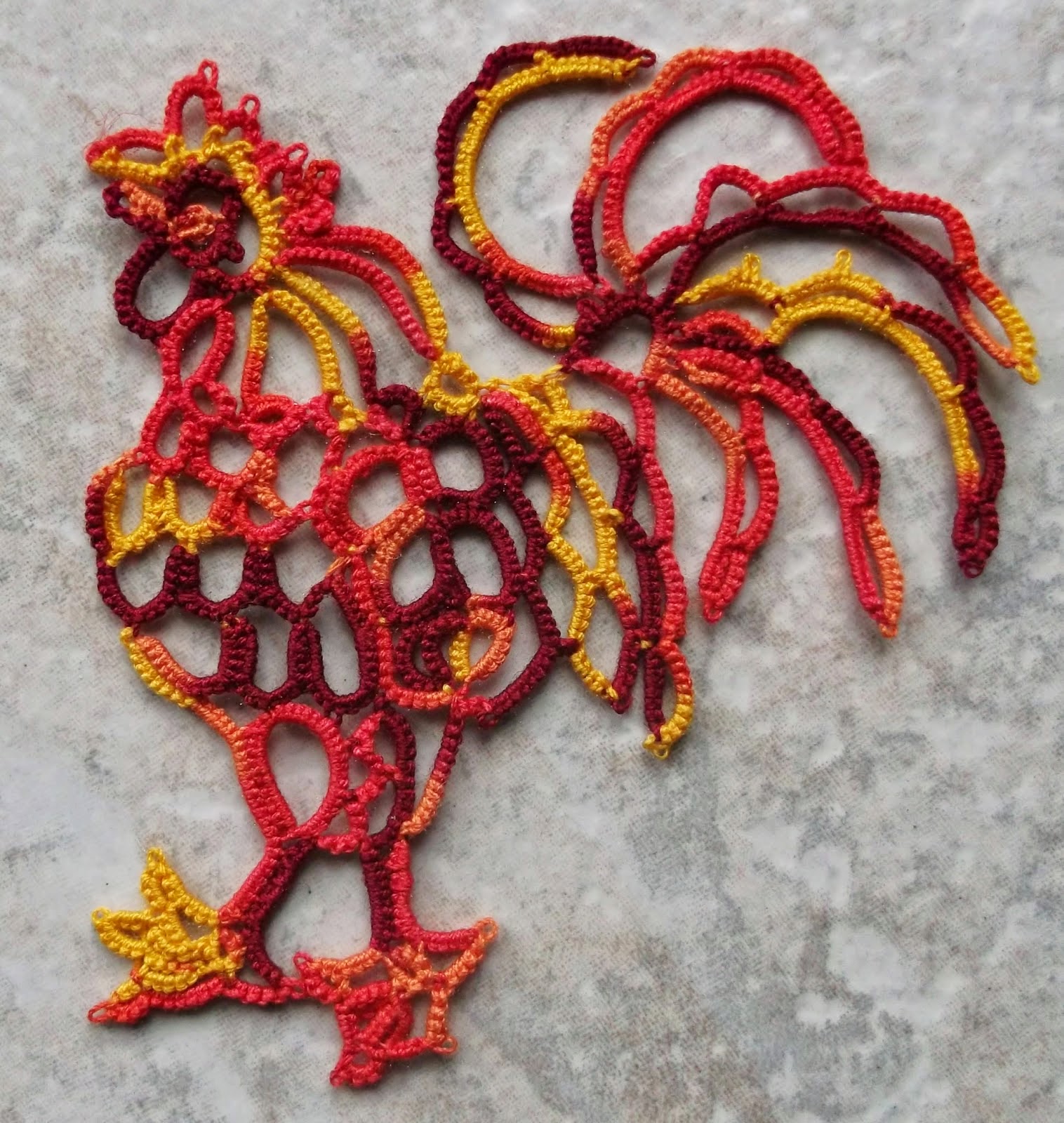 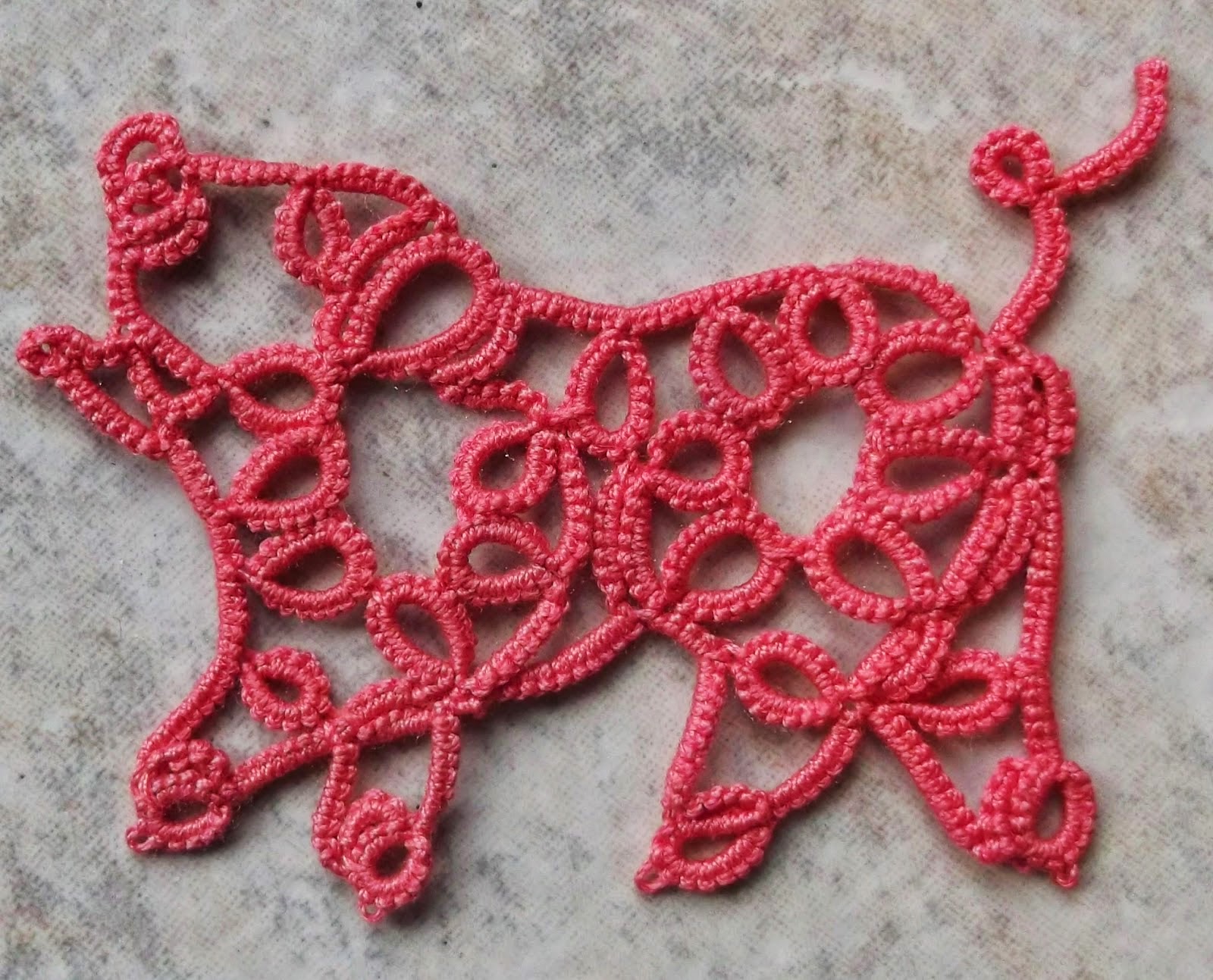 Phyllis keeps Smiley faces from a pattern by Jane Eborall done in DMC floss to give away to brighten someone's day, for kids at events she attends or anyone who might be interested in tatting. The doily is from Tatted Treasures by Jan Stawasz - Doily VI, rounds 1 through 4 made in Lizbeth Root Beer Float size 20 as a present for her brother who is newly engaged. Patty Duff's lanyard is being worked in Lizbeth size 20 Rainbow Splash and she'll used the short one as a key ring. She finished off the lanyard and a split ring pen insert. She's halfway done with Marilee Rockley's Unfolding Heart pattern using silver seed beads to add a little bling. 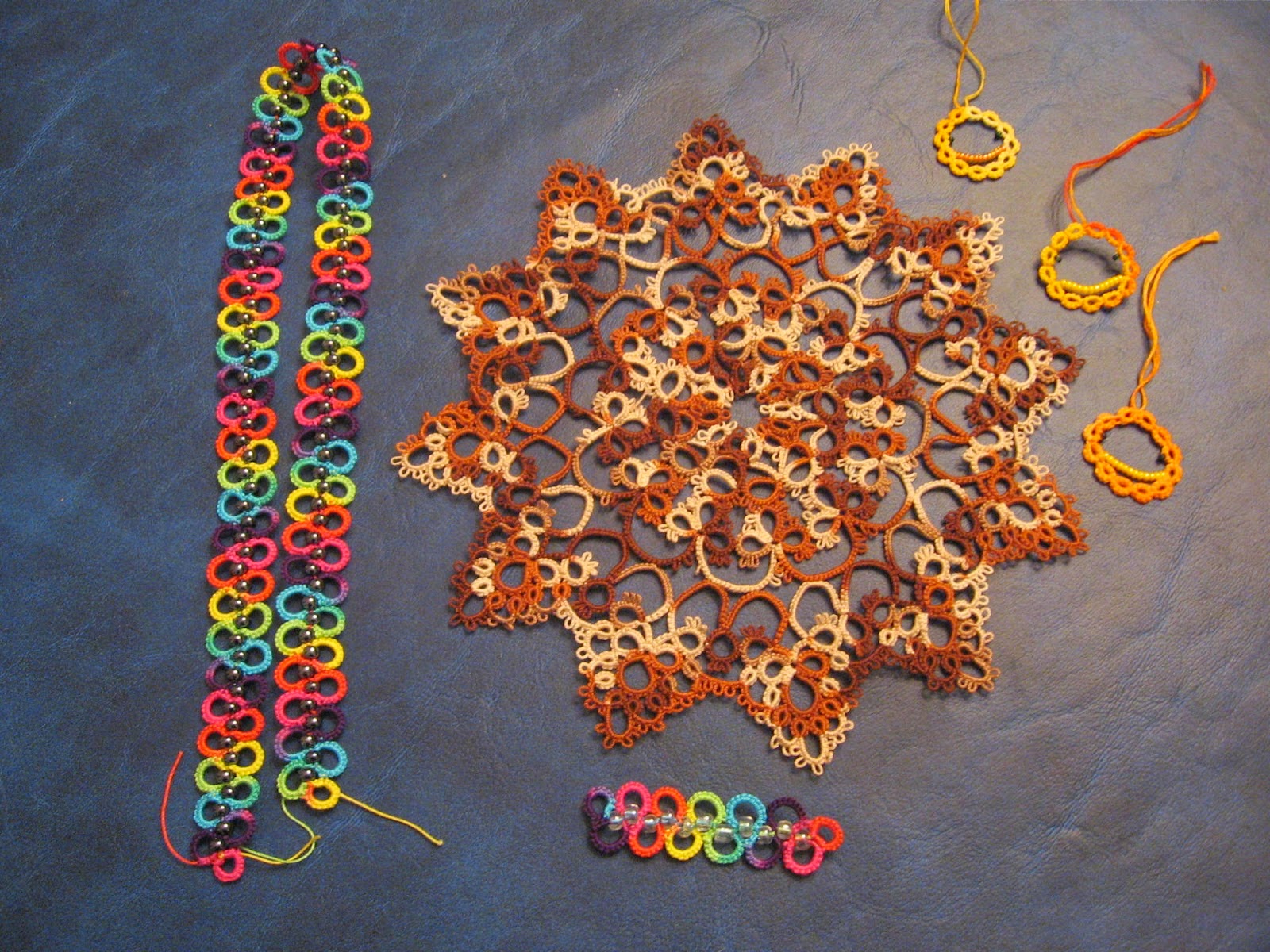 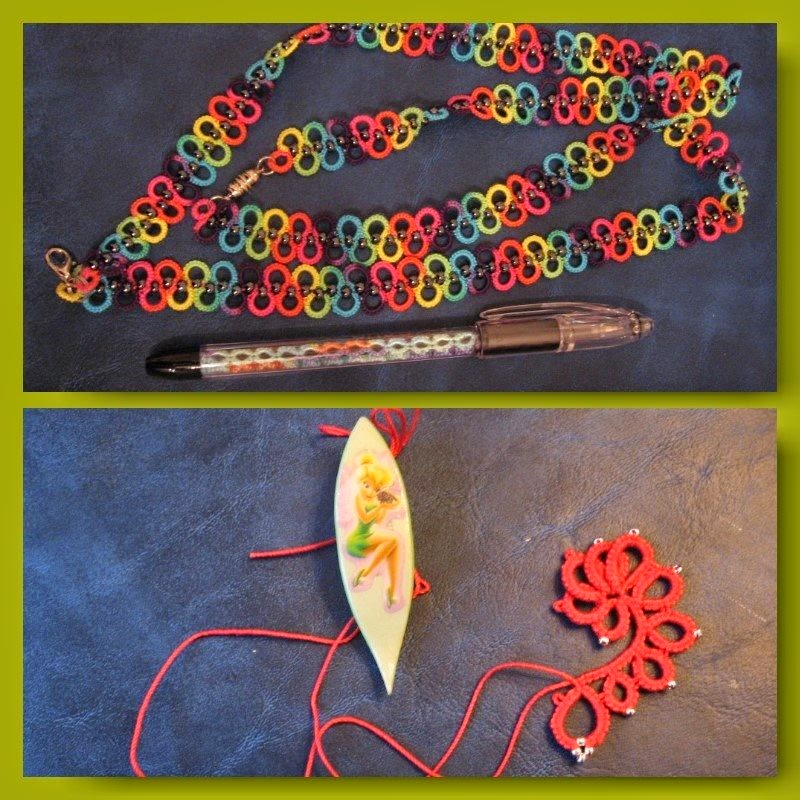 Wanda has been tatting a plethora of snowflakes for family and friends. Every year she tries to make one snowflake that will go in the Christmas cards like this one. Then variations are made, like the next one shown. She was asked to make bookmarks in school colours and she started with orange and black for OSU using her own, Bookmark in Fall Colors pattern. 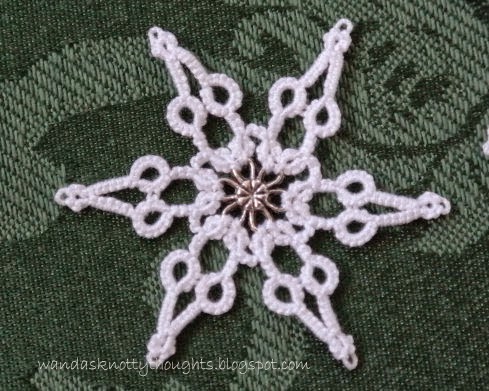 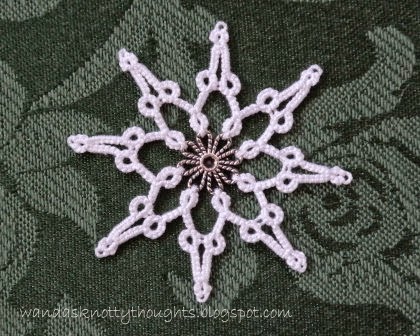 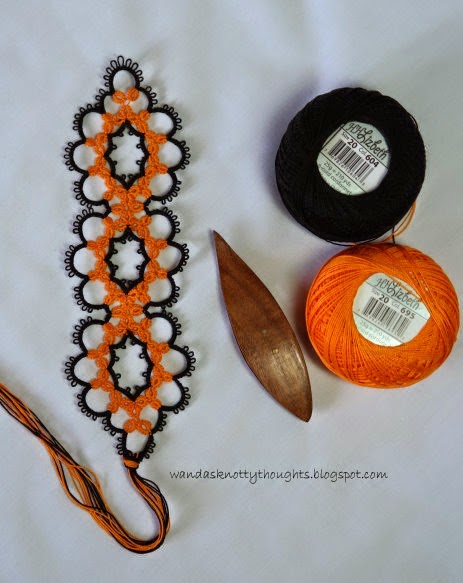