Vanessa tatted these rose leaves designed by Toni Storer in Altin Basak size 30. The rose to go with them will take considerably longer. 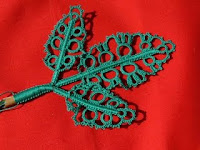 IsDihara had plans to tat a palm tree, but this design came out instead. 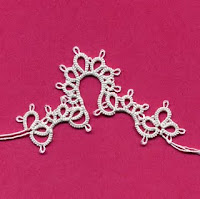 Charlotte tatted Jon Yusoff's Heart o' Daisies in size 16 Ancora Prestige thread. Her plan is to stitch it to some linen fabric and mount it in a frame as a wedding gift for a friend who got married last month. She tatted this little motif from Rebecca Jones' Complete Book of Tatting and trying out some of the different tatting methods mentioned. She seems to have developed a 7th method of tatting. 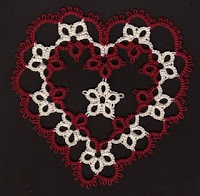 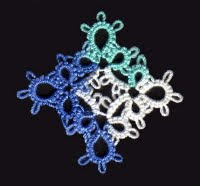 Jeanne is in the process of testing various patterns to determine the ornament drape for this year's Christmas presents. This one is Lenore English's Snowflake #1 from 1999 It was published in the book Tatting Online edited by Georgia Seitz. It was done in size 20 lizbeth thread in the colorway Springtime. 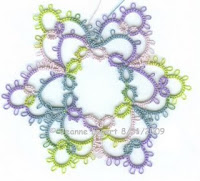 Ellen created ribbon and bow paperclips for the month. The patterns are available on Georgia's Online Tatting Class. These will be Motif No. 5 for her second round of the 25 Motif Challenge. This is the birthday card sent to Faizon decorated with tatting. Ellen has tatted more gifts for another 3 colleagues who are leaving. The pattern of the alphabets forming their names is Teri Dusenbury's, tatted using Guttermann Sulky threads. 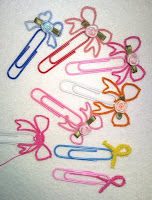 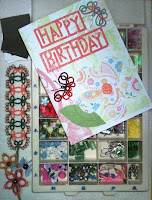 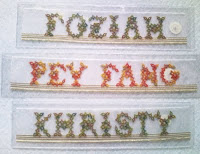 Diane and Elizabeth struggled with a mistake in the Daffodil Doily pattern in Learn to Tat by Janette Baker. Elizabeth figured out a solution and sent the doily to Diane. 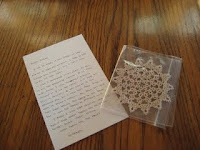 Heather has posted a teaser picture of some tatting. 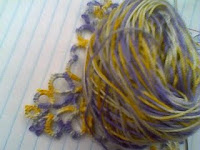 Wally needed to make something special for the Online Frivolite Class that was about working with buttons and sequins and used a modified version of a star she made for her Frivolite newsletter. 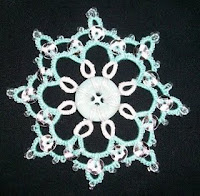