Vera has posted some of the motifs she has been working on like these that can be used as bookmarks or ornaments. This one is something that she's been wanting to tat for a long time. For Christmas Vera has her stars all assembled and put into small bouquets. 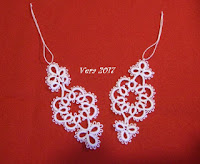 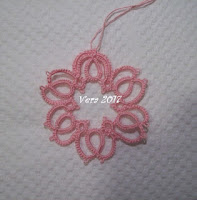 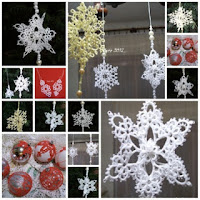 Pop Maria's last tatting for the year is this simple ring and chain edging turned into this gorgeous elegant two tone bracelet.

Batty Tatter enjoyed this Tree Top Ornament from the book Tatting for Today by Marion T. Leyds, but her points didn't quite meet the ring. She added one more ring just below the clover on either side of the points so that it fits the ring better and she's thinking she might just keep this one.

Elsa tatted Robin Perfetti's Magic Square which was translated into French and selected DMC 80 special thread, colours 437 and 169, but the design seemed too airy to use as a bookmark. She added in some tiny inserts to fill the voids. then capped it all off with a tatted triangle and some chained arches to finish it. She found this lovely design for a brooch on a Russian site, but since that's not something she would wear she changed it to a necklace. 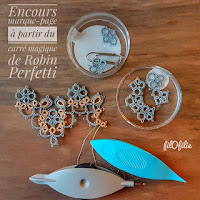 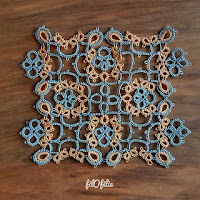 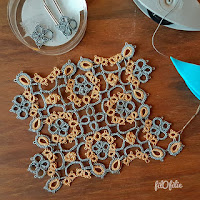 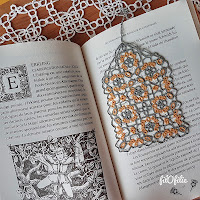 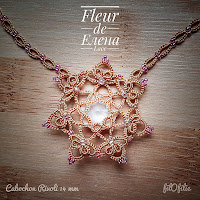 Melanie found that keeping track of very small picots used for joining tucked in among a plethora of beads very challenging until she used tiny little loops of contrasting thread. 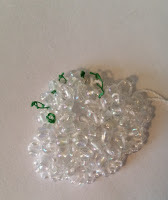 Diane received an Birthday Ice Drop from Denise in her exchange package. After a marathon of tatting she managed to finish her sister's mantle runner in time for Christmas and of course her sister loved it. 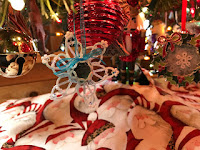 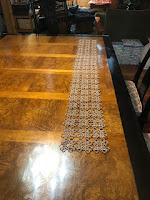 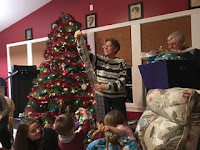 Fox had to face up to it, the row of split rings was wonky, so she bit the bullet, cut it off and started again. she has now completed the first split row again. Sigh. 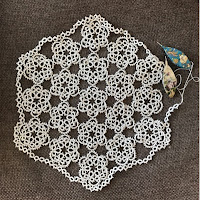 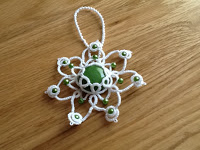 Marie had to make a few more trinket boxes to replace the ones sold at her shows. She designed these earrings for her baby sister, who has gorgeous blue eyes. Her gift from the tatting exchange included a tatted bell. 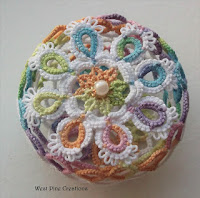 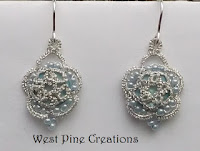 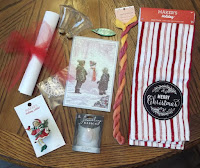 Muskaan tatted Snowflake for the Christmas tree by Agnieszka Michalowska, and in size 40, it measures 2¼” across. Round 9 of Agnieszka’s Doily #10 “Pikotek” done in aqua blue without the excess of picots. 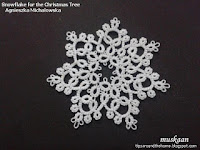 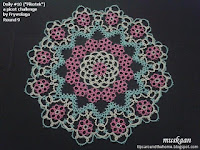 Nikki forgot to post her Thanksgiving motifs and it seems a little out of season to post them now, but she's calling this 15 out of her 25. 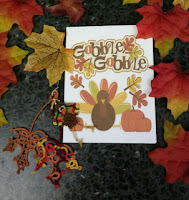 Sue had this idea for a Christmas wreath. it's done in size 40 Lizbeth Christmas Green with 3 different sized picots randomly tatted along, but it would have looked better with more seed beads in more colours. She found a small motif she tatted that she's not sure what it was for, but it would made a great back for an Ice Drop. After all the snow they got she wanted colourful flowers, not more white stuff, so she tatted Diane's Pink Fudge Ice Drop pattern in size 40 Lizbeth Wildflower Garden. 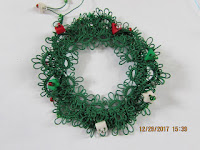 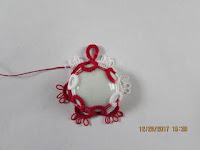 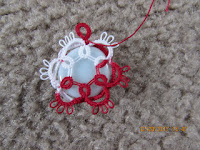 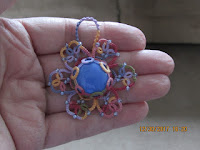 Thank you for hosting the 25 Motif Challenge blog. You always created wonderful posts. Many bloggers, blogging friends have let their blogs go as there are other formats to use. (Facebook, twitter, snap chat, instagram, etc.) I guess all are wonderful media; however, I only have FB & blogs.
I always looked forward to your blog posts, seeing what the participants were doing, and having content in one place ; ) Just wanted you to know how much you and your efforts are (were) appreciated. for me, I started setting a timer for on-line browsing as I spent too much time looking and not actually creating. Thanks Sharon! And thx for keeping this blog up and not deleting. There is SO MUCH content here!!!!