Gwen was busy knitting a baby blanket and has just returned to tatting,finishing up round 4 of Renulek's Spring Doily.

Manisha tatted this two colour motif as part of a greeting card. This tiny one shuttle motif done in white is light and airy. 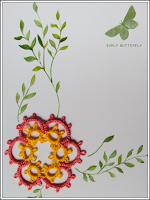 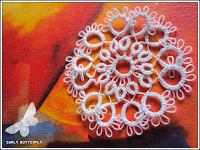 Sue has another round completed on her doily and the rows of solid colour separating the variegated motifs really makes each motif stand out. 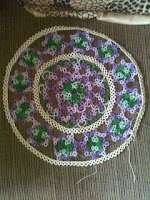 Lelia has another butterfly completed using Mom's Butterfly pattern by Jennifer L. Titus and mailed it off as a surprise gift. 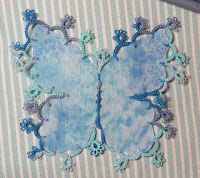 Diane has worked steadily to get to the point where she had to snip. Little by little she's getting there. She's almost finished round 8. Here's round 8 done. Round 9 started. Half way through round 9. The mail brought her the charming butterfly from Carol. Here's round 9 at the 75% mark and she has plans to mark where the next two rounds need to be attached before actually tatting. 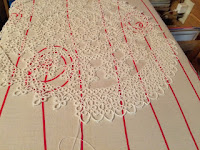 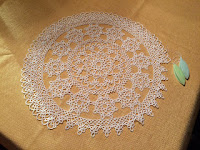 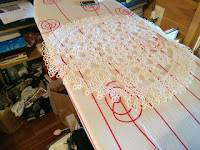 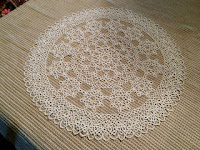 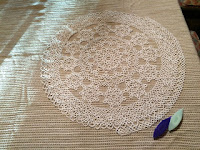 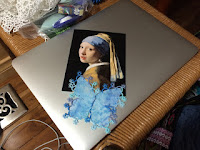 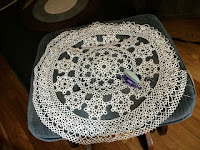 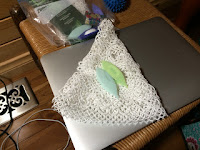 Fox has finished Corona, by Ben Fikkert, tatting it in #80 Lizbeth where it measures 22 inches in all it's glorious splendour. She has immediately started a new Ben Fikkert pattern, Buttercups, for a friend. 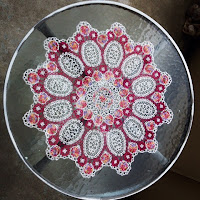 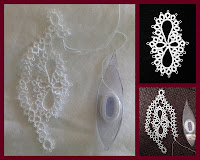 Jenn picked up some Lizbeth size 20 in #617 Magenta Medium and used it to tat Chrysanthemum from Tatting Patterns and Designs by Blomqvist and Persson.

Margaret tried out the Lizbeth Springtime thread in size 20 to tat the Small Cross by Mary Konior from her Pattern Collection book edged in white, the Cross of Sevens by Robin Perfetti and Marjorie's Angel by Martha Ess. Then she made The Elephant from Tatted Animals  by  Inga Madsen tatting the eye in white with a black bead. She also tatted her own Dream catcher pattern. Cross of Sevens by Robin Pertetti again the same cross in Springtime,  and Lizbeth Royal Wave size 20. 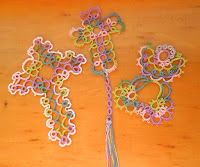 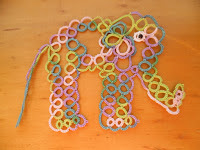 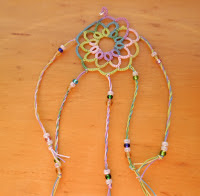 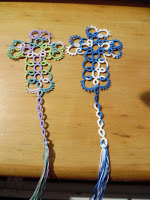 Marie tatted one of her favourite cross patterns by Wanda for one of her boys from church who is graduating. Here's another favourite cross from Lene Bjorn's book. The size 80 thread goes a long way, so here's another cross in the same colour. Since she received quite a few size 80 threads from her Mom, Marie tatted another cross by Lene. She designed this cross bookmark as an anniversary gift. She tweaked the pattern a little for another gift. This one she did for her Mom. The motif on this card she did for Mother's Day was part of Jan's, Number 14 doily.

Martha is finding it slow going manoeuvring around the rings on round 9 of Wiosna. Here are the largest and smallest designs from her upcoming pattern book. 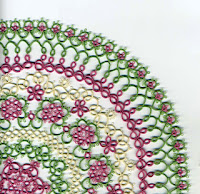 Muskaan was planning on a tutorial for cluny tatting, but got side tracked experimenting with the technique and created a delightful earring design for stud earrings. She has provided her tutorial, giving hints and ideas for making and using cluny tatting. 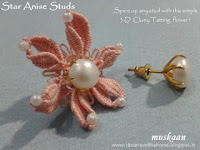 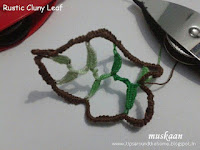 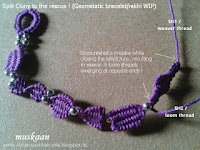 Wanda is perfecting her doily centre for the round robin she's participating in.